Fresh in at road.cc towers is the first of the bikes from the new Jamis range that's coming to you via the nice folks at Evans Cycles. We had our pick and thought we'd go with a nice steel tourer, the Aurora Elite. The bikes in the Jamis range seem to have plenty going for them but one of the most obvious plus points is value: this looks like a lot of bike for the money.

When we first rolled the Aurora out of the box we were put very much in mind of the Salsa Vaya, after all it's a rangy steel-framed, disc-braked long distance iron. And it's brown. But for £1,130 – £220 less than the Vaya – you're getting 10-speed Apex instead of 9-speed Tiagra, BB7 brakes over the Vaya's BB5s, rack and guards as standard and arguably a better tubeset: air hardened Reynolds 631, a touring benchmark. 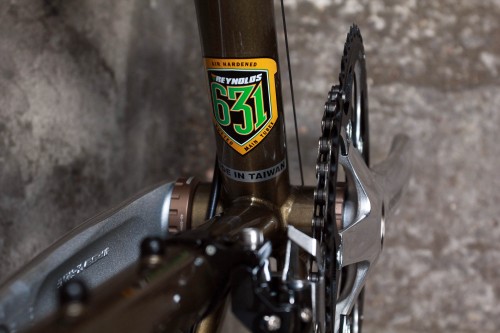 While you might balk at proper wilderness touring on the 32-spoke wheels there's no denying they're good quality, with Mavic A119 rims laced to Formula hubs with DT Champion spokes. They're tightly made and shod with 32mm Vittoria Randonneur Pro tyres, again good quality spec. The rear rack is painted to match the frame but it's a removable alloy unit, we'll stick our neck out and say it's the disc-ready Tortec one we fist saw at the Zyro show last January. 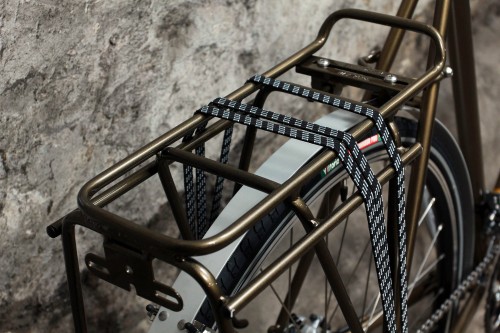 There's low rider mounts if you want to go fully loaded, although oddly the mudguards are attached to these even though there's double eyelets at the dropout. Talking of mudguards, they're Blade Runner flat alloy units which certainly look nice, whether they'll be as functional as less stylish 'guards remains to be seen. Up front you get a good quality Ritchey Biomax bar and a clever height-adjustable stem system similar to the ones that Dahon use on their Cadenza bikes; the stem sits on a one-piece grooved sheath and you can move it up or down just by loosening the stem bolts. It's simple and clever. You get touring-standard natural cork tape which matches the Jamis branded saddle. All up our bike tipped the scales at 12.7kg (28lb) for the 59cm model, half a pound over the stated weight on the Jamis site. Given the rack and 'guards, that's not too shabby.

We've already had a run about on the Aurora and first impressions are very positive, but we'll put it through its paces over the next month and let you know how we get on...