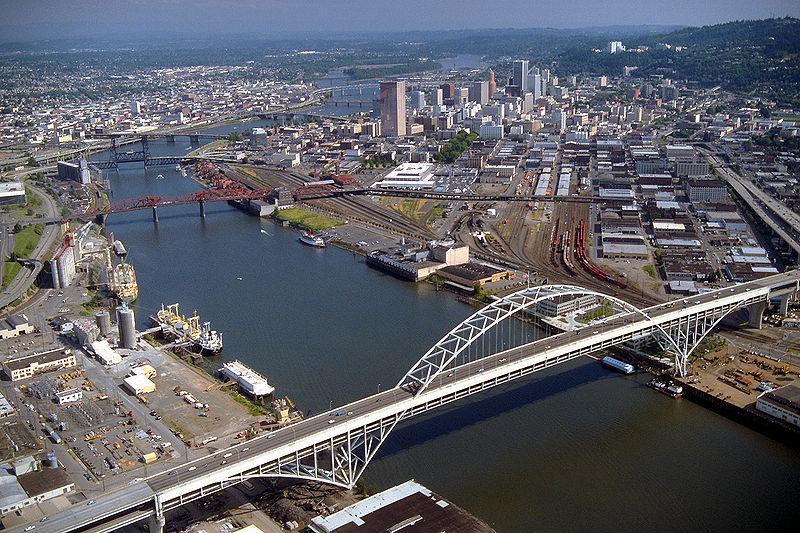 What tune would your sonic cycle lane play?
by Simon_MacMichael

Cyclists may one day be able to generate their own music as they ride along a ‘sonic bike path’ forming part of a proposed cycle lane on a bridge over the Wilamette River in Portland, Oregon.

The plan was presented to the City of Portland Bicycle Advisory Committee earlier this week by architect Bob Hastings and public art program manager Mary Priester of local transit authority TriMet as one of a number of public art works being studied as part of the Portland-Milwaukie Light Rail project, reports Bike Portland.

The idea of the ‘sonic bike path’ is still in its infancy, but would involve grooves being cut into a 150-foot segment of the bike path at either end of the new bridge, each of varying depth and frequency so as to create music as cyclists rolled over them.

They would be cut into a 7-foot wide section of the cycle way, allowing riders to avoid them if they wished to.

The Bicycle Advisory Committee backed the plans, after questions had been raised over what would happen if more than one rider passed over the grooves, as well as whether the music might be distracting for riders or present a nuisance to nearby non-cyclists.

The next step is to commission artists to start attempting to turn the scheme into reality.

"We're aware there are some hurdles in demonstrating that it could work,” Priester acknowledged. “We'd have to figure out how to construct it so it doesn't prevent a slipping hazard and so it isn't too jarring.

“We're kind of excited about it," she added, although she said that the project wouldn’t go ahead unless it was backed by the local community. “You're the audience," she explained, "it's for you."

The song being considered to provide the music is said to be Simon and Garfunkel’s ‘Feelin’ Groovy,’ and the pun on the name apart, we can see arguments for and against it.

In its favour, and demonstrating a serious side to the initiative, the opening line, ‘Slow down, you move too fast’ popping into your head as you career down a 4.5% gradient to eventually rejoin motorised traffic would keep you alert, as Tri Met architect Bob Hastings pointed out.

“Our thought was, how to inform folks that you're making that transition... To subtly inform them that they're headed back into an urban zone."

The obvious argument against is that the song is already dedicated to a bridge elsewhere – its full title, ‘The 59th Street Bridge Song (Feelin’ Groovy')’ refers to what is officially known as the Queensboro Bridge, on the opposite coast of the United States in New York City.

Get your own song for your bridge, Portland, in other words.

So, which song do you think should be used to provide music to ride a bike across the bridge to?

Make your suggestions in the comments below, and we’ll get the inevitable mention of Kraftwerk’s Tour de France by suggesting that one ourselves.