French bike brand Lapierre has 'done a Cannondale' for 2012 by lavishing what looks like a good degree of attention on a new 7005 aluminium frame that should offer better weight and performance for sport riders without feeling the need to buy carbon-fibre.

If the Lapierre Xelius and Sensium carbon models introduced last year are analogous to Cannondale's SuperSix and Synapse in intended function, then the new Lapierre Audacio will be their top-end aluminium frame although whether it's more of a CAAD 10 or a CAAD 8 will be on hold until it's been ridden and we've seen the prices. That will be Eurobike, Lapierre's UK distributor Hotlines tell us.

Particularly notable if not commendable is that several of the Audacio models; the 500 fitted with Shimano 105 and 400 with Shimano 10-speed Tiagra will be available in both compact double as well as triple chainsets with the cheaper 300 (9-sp Sora) and 8-speed 2300 200 only coming fitted with a triple. The range-topping Audacio 700 won't be coming in a triple option but it will have Mavic Aksium tubeless wheels and tyres, the new grey Shimano Ultegra groupset and, like the rest of the Audacio models, a Selle Italia saddle.

Garmin Vector Power Pedals will show output from both feet 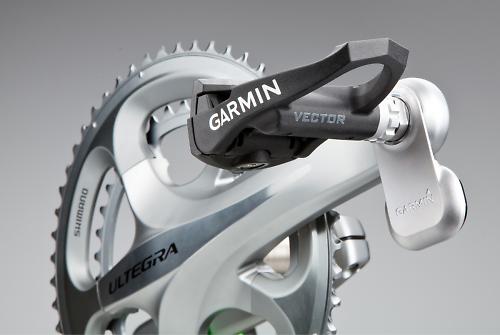 When Garmin announced the purchase of miniaturised-power-monitoring specialist MetriGear last September it was inevitable that a pedal system would be following soon and, sure enough, here it is. Well, we'll be seeing it at Eurobike with shipments later but you get the idea. Dave Atkinson surveyed the pedal-based, power output-monitoring landscape for road.cc at the time, what with Polar and Look teaming up on a similar project, but so far apart from the Cofidis professional team being seen testing the Look pedals, it's all been very quiet while the boffins beavered away on making what will inevitable be a game-changing selection of products. Athletes and coaches want to see power output with less weight and clutter plus the amateur at home needs all that, too, but at lower cost compared to the expensive crankset or rear hub-mounted systems presently available.

The new Garmin pedals are also Look Keo based in the body with all the clever electronics and strain gauges concealed in the hollow axles. Ant+ wireless sender 'pods' between the pedals and cranks on both sides communicate with either of the Garmin Edge 800 or 500 handlebar units, showing not just total power output in watts but on individual legs, when required, as well as cadence. 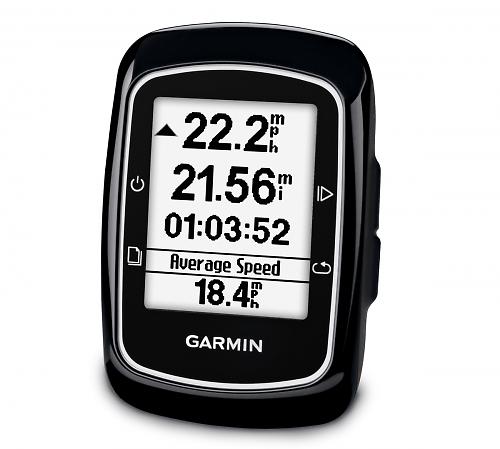 Launching in 'quarter 3' - so any minute now - the Garmin Edge 200 is an altogether simpler affair than the GPS specialist's Edge 500 and 800 models and intended for riders with no on-the-go-mapping or athletic intentions. The idea is to clearly show just the usual cyclists' speed and distance functions with the inbuilt GPS providing the data without any wires or sensors. Then, when you're home you can upload into Garmin's Connect software to see and record where you've been with as many maps, profiles and graphs as you want. There's to be 14 hours of life in the Li-Ion battery which is recharged via a USB cable and the unit size is 48 x 69 x 21mm most of which is useful display. The weight is 58.5 grams and the price £129.99 Lancastrian CNC merchant Hope is teasing us with goodies due to be unveiled at Eurobike in Germany next week. Of particular note is this device that looks suspiciously like a cable-to-hydraulic converter so that an STI-lever equipped dropped-handlebar bike can run hydraulic disc brakes. Interesting to road.cc because our own in-house cyclo-cross nut Jo Burt is just about to take delivery of the similarly-purposed TRP Parabox for test on the new Kinesis Crosslight Pro6 so we'll be watching out for the new Hope one at Eurobike. Meanwhile, we're not sure if we can call it a proliferation yet but leaving aside cyclo-cross, the possibility of the strongest possible brakes on drop-bar bikes is bound to be piquing the interest of expedition tourists and tandemists, the latter of which are used to paying a fortune for Hope components.

The return of the 'small' back wheel: Paul Budnitz Bicycles Aiming to build "The funnest bicycle in the world" Paul Budnitz has launched in New York not one but two titanium city bikes that should fulfil his requirement from the looks of the it. Fun - and style - is very much Budnitz's thing; he founded the brand kidrobot but was disappointed he couldn't find a more interesting bike-around-town.

Assuming you can guess what the first model is called, this No.2 has a smaller 26" wheel at the back compared to the 29er front for the same reason that Cannondale did the same thing back in the 1980s; that it feels like it's accelerating in the style of a rattlesnake on acid. Which is no bad thing on the New York streets and those Schwalbe Big Apple 2.35" slicks won't hurt.

Mind you; £5,500 + another £750 for an 11-speed Alfine hub should have you looking at the spec list for some detail. There's Chris King, Paul Components and Phil Wood for engineering credibility and the latest CTX version of Gates' Carbon Drive might tip you over the edge if all those titanium parts don't do the job.

Soul Wheels not new but new in the UK 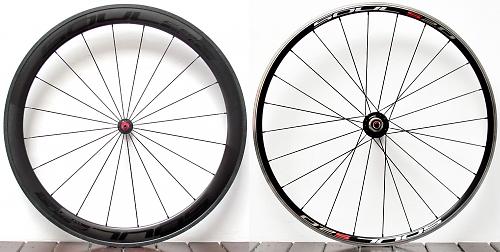 Soul wheels are big in Singapore where they are made but haven't been seen in the UK until now. Advanced Sports Distribution based in Fleet Hampshire aim to set that right and have already shipped the first stock to two dealerships; Mellow Miles Cycles in Horley, Surrey and Banjo Cycles in Newbury, Berkshire with others 'in discussion'.

There are numerous models in the range but for now ASD is getting established with two models; a 1,330 gram lightweight clincher called S2.0 which sells for £575 the pair and C5.0, a 50mm carbon aero wheel for tubulars that we're waiting for the weight and price on. Soul is making a virtue of these hand-built wheels coming with standard 'J' stainless steel spokes; all the better, they claim, for long term trueing and spares availability. Both wheelsets are based on the firm's own Prodigy V3 hubs which have sealed bearings and a 6-pawl cassette body at the rear. Both the Crank Brothers Eggbeater 3 road model and the Candy 3 pedal popular with road commuters and mountain bikers are now available with red details for cyclists worrying about their colour coordination. The big news from Crank Bros, though, is that apart from the very cheapest Eggbeater version 1, all models now have a 5-year guarantee. The company recently introduced significant improvements to the spindles, springs and bearings across the range, with the result that repair issues have dropped to 0.001% of sales, it claims. The Eggbeater 3 and Candy 3 models with superior bearings and forged stainless steel bodies both sell for £94.99.

The fabric design that Andreas Samuelsson dreamed up for Soho bike shop Tokyo Fixed has been turned into a 3-panel cap by Cyclodelic for £29 and a musette by iL Soigneur for £28. Both use the same heavy cotton drill material and feature durable reinforced stitching.

The successful Bespoked custom bike show in Bristol earlier in the summer has already spawned a rematch but earlier next year on 23-25 March 2012 and in a larger venue at Brunel's Old Station. Bookings are already 25% up according to the organiser, with Mercian, Roberts and Cinelli just three of the new exhibitors signed up in addition to everyone rebooking from the inaugural event. We'll see you there.