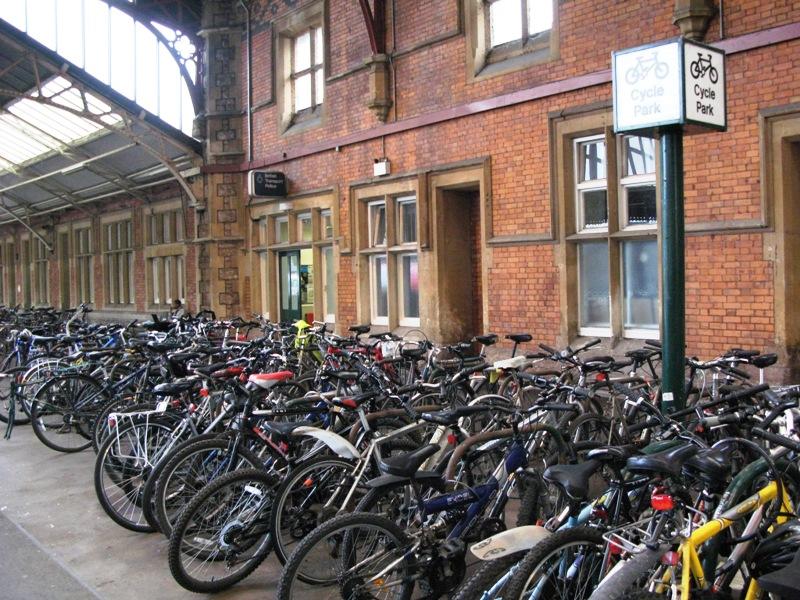 Every major railway station in the UK should become a ‘cycling hub’ with vastly improved facilities for bike-to-train commuters, the Transport Secretary has said.

Lord Adonis was speaking ahead of the launch of a £5 million scheme to provide ten terminals with more storage space for bikes, copying the set-up found in train stations all over Holland. As we reported last month the first such rail/cycle hub is already on its way independently of the minister initiative.

The Leeds CyclePoint is a joint venture between Network Rail, the local council, and franchise operator Northern Rail. The latter is owned by the Dutch national railway Ned Rail, a company that doesn't need any persuading as to the benefits of encouraging cycling – Ned Rail has found that the provision of extra cycle parking and bike storage has significantly boosted the number of passengers it carries.

Lord Adonis has been cycling around some London stations to see what the state of current facilities are, and has said that the rail network is currently ‘letting down’ cycling commuters.

He has also visited Leiden in Holland, where he saw cycle parking for 4,500 bikes – 300 more than the entire city of London.

“I think we can do a lot better,” he said. “There is a big job to be done but I am determined to see improvements in the facilities at our stations.

"I want to see every major station also serve as a cycling hub, as is the case in Holland," he added. "Cycling in Holland is not in the genes, it's in the facilities that are available."

A survey to be carried out as soon as possible will decide which stations are to be used for the cycling trials, and it is widely expected that London will feature prominently among them following the minister’s sight-seeing mission by bike.

Train operators are said to be desperate to increase passenger numbers and the creation of cycling hubs has been seen as one way of attracting those who would otherwise not consider leaving their bike in an insecure stand outside a station. It is also hoped that the hubs will encourage more frequent rail travel by occasional train users.

On his bike tour of the capital, Lord Adonis:

• had to hunt ‘long and hard’ before finding a packed set of racks at London Bridge, where some cycles had been chained to wire fence – apparently a safer option than using the racks.
• Found the racks at Liverpool Street station full, despite it being a Sunday
• Discovered that at King’s Cross and Paddington, the racks were on a platform, and some staff had no idea where it was.