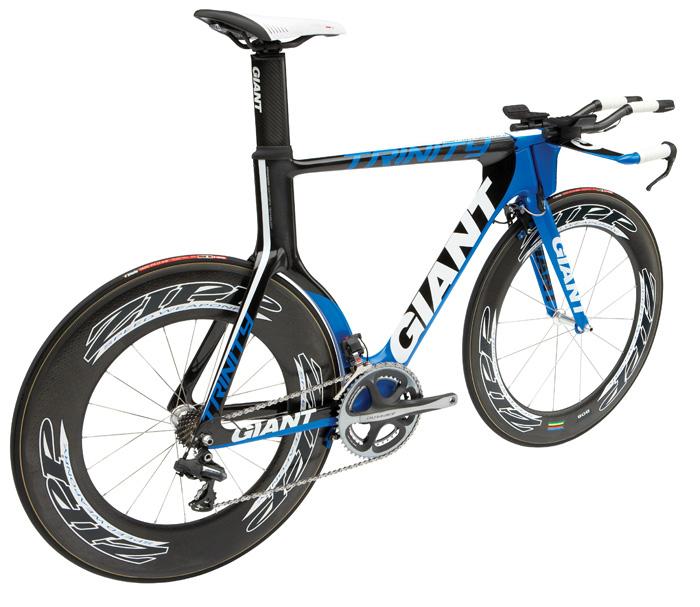 The prototype Giant Trinity Advanced time trial bike ridden by the Rabobank team in the Tour de France is to go into production and will be available to the public from early September says the company.

The Trinity SL Advanced prototype first made an appearance in 2008 but the development process has continued. The latest version is the fifth generation of the original. Since then Giant have continued to refine their design with extensive wind tunnel and laboratory stress testing, along the way the bike has been riddent to a time trial Olympic gold medal, a decisive Giro d’ Italia win and a commanding Ironman Germany victory. The fifth-generation prototype moves into production as the Trinity Advanced SL.

“This whole project started with two guiding principles,” said Pierre-Henri Medas, Giant’s Global Road Category Manager. “One, the bike would be built solely for function, without concern about design aesthetics. And two, it had to be approved by the UCI. These two principles served the end goal of providing professional riders the tools to win the most competitive races in the world.”

While the Trinity is never going to win a beauty contest it does have an impressive palmares already. The latest version was unveiled for Tuesday's team time trial and while Rabobank had a bit of a 'mare that couldn't be blamed on the bike – although you would have to wonder how that headtube and integrated fork area affects handling in a strong cross wind. 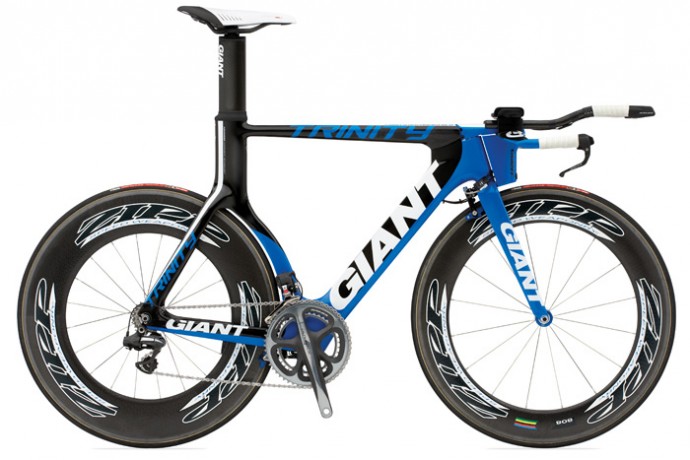 Everything you would expect of a high end time trial bike is present on the Trinity SL, integrated fork, back wheel recessing into the seat tube (possibly even more so than than even the Cervelo's P4), internally routed cables, asymetric chainstays. Giant haven't stinted on the technical buzzwords either this bike features:

Frame Geometry is 73° for the head angle and 78° for the seat and is the same for all sizes, Giant achieved this by altering the length of the top tube and headtube – spacer stacks will help riders fine tune their position on the bike.

The new bike will be available in three sizes: S, M, L and will come equipped with Shimano's new Di2 electronic grouset matched up to Shimano's Dura Ace 7900 crankset.

No word on pricing yet, but it's not going to be cheap and will probably be somewhere in advance of the £3,250 the current Trinity Advanced model sells for.

To find out more visit: www.giantbicycles.com

1
Video: Driver calls 999 to report cyclist for not getting out of her way
2
Boss of lorry firm killed in collision involving one of his own trucks
3
Residents complain about plans to demolish house to make room for new cycle path
4
86-year-old cyclist died while riding Land's End to John o'Groats
5
Council pulls plug on safe cycling route to help school run issues
6
Win! 5 anti-theft GPS tracking Alterlock units to be won worth £114.99 each
7
Vittoria launches run-flat Air-Liner inserts for road bikes
8
Near Miss of the Day 566: Royal Mail van driver nearly hits pedestrian then cyclist