We often describe a bike as 'versatile' over here at road.cc but they really don't come much more versatile-looking than this build of the Decade Tripster. Decade, for those of you that don't know, is a sub-brand of south coast bikemongers Kinesis, who do a bit of everything from hardtail mountain bikes to Titanium sportive machines. Their GF-Ti was a podium finisher in our 2011 bikes of the year, so they've got form form making some good machines.

Decade have two road-going frames in their range. The Convert2 is designed to be built as either a geared or singlespeed/fixed bike whereas the Tripster is derailleur and disc only. It's based on the well-liked Kinesis Crosslight frames, but with a slightly more upright geometry better suited to an all-purpose steed. The disc brake mount on the frame is mounted in the now-nearly-ubiquitous-on-all-purpose-bikes inboard position (between the stays) which means that it doesn't mess about with your rack or mudguard mounting options. The frame is double butted 7005 Aluminium and the fork is Carbon bladed, with an alloy steerer, dropouts and disc mount. 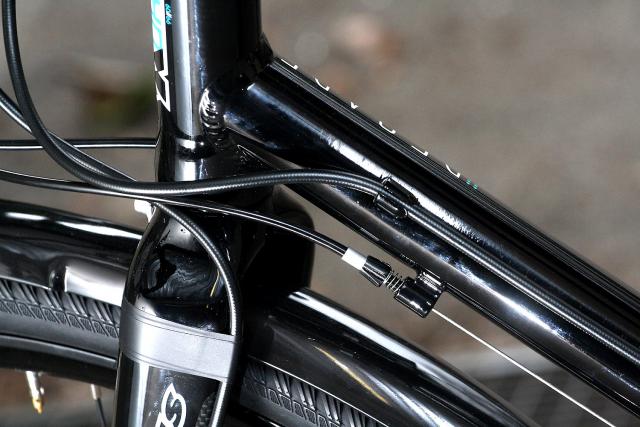 Discs mean you're not tied to a particular wheel size, and the Tripster is designed to work either with roadgoing 700c wheelsets (or 29er wheels, which are the same diameter) or 26" MTB wheels if you want something really sturdy. If you're speccing smaller wheels then Kinesis recommend a minimum 1.5" tyre to keep the bottom bracket height up, there's room for a tyre that big in the frame and fork.

Decade sell the Tripster as a frame and fork, which means you can spec it up however you choose. Ours is a pretty special kind of build, all told. Why? Here's why. 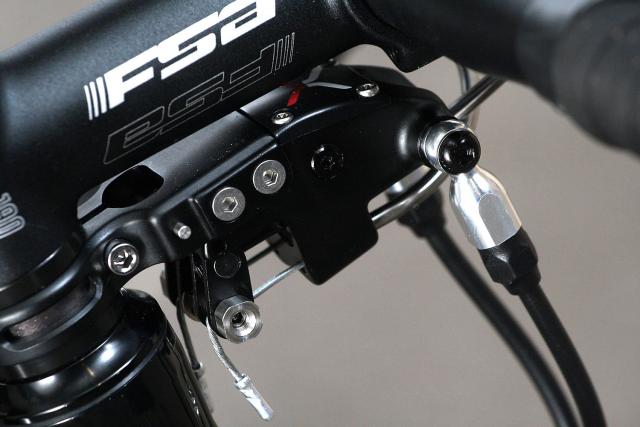 First off, the bike's using TRP's Parabox braking system. It's a drop bar bike, and until Sram release their hydraulic disc/mechanical lever Red shifters that we don't officially know about, that means most disc-equipped drop bar bikes are using cable-actuated units from the likes of Avid and Tektro. Not this one though.

Parabox is a system that uses a conversion box that mounts under the stem. Cables go in, and the cable pull is converted into hydraulic push to TRP's own hydraulic disc callipers. That means you get the benefits of hydraulic discs – they're self centering, the overall power and modulation is better, they don't need as much tweaking, the cables don't get sticky – but from a road lever. The levers in question are Microshift's Xona ten-speed units, that are also distributed by Upgrade bikes. They're an interesting and affordable alternative to integrated units from the big three, and other Microshift stuff we've tested has been well received. The front and rear derailleurs are also from the Xona range. 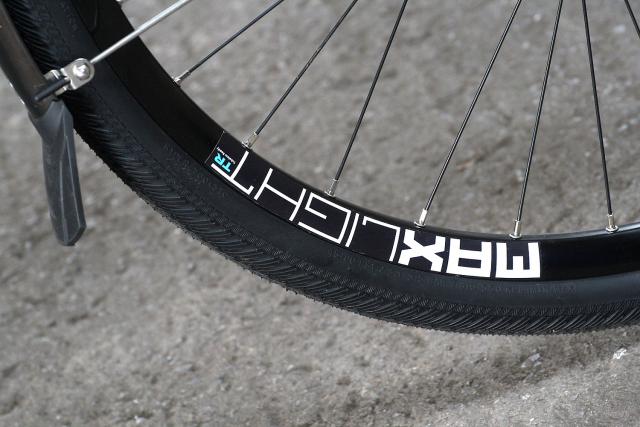 The wheels on our test bike are Maxlight's new 29er hoops. They're so new, in fact, that the ones we have are pre-production with paper stickers on, but they're the real deal and they look like just the right sort of wheelset for a bike of this type. They're strong enough for some serious abuse about town, or on the trails, but light enough (claimed production weight is around 1,800g) to not be too much of a drag on longer rides. Our bike came fitted with 37mm Freedom touring tyres, but you could fit a 25mm tyre for speed or a proper 'cross tyre if you were heading into the woods. 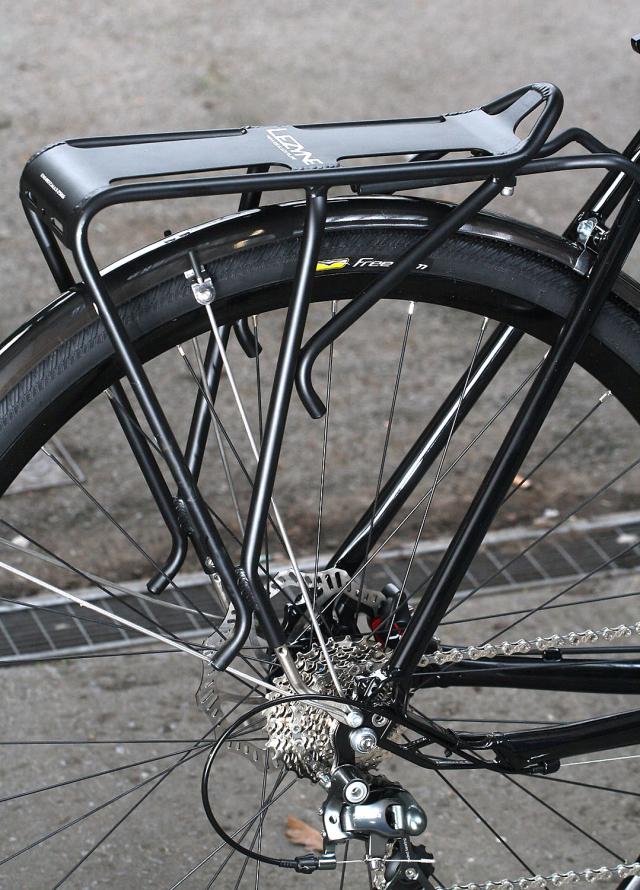 Our bike came fully kitted out with SKS mudguards and a Lezyne rack and bottle cages for the fully utilitarian look. With all that kit hanging from the bike it weighs in at 12.1kg, strip it down to the basics and you're left with a 10.5kg package which, considering it's running big tyres and solid-looking wheels, isn't too shabby at all. 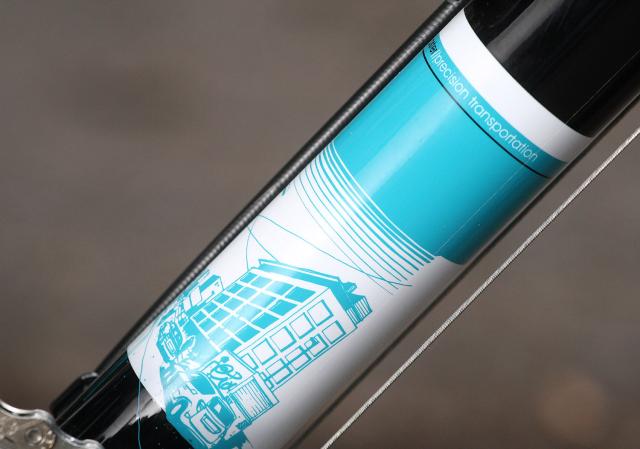 So what would you use this bike for? You could commute on it, for a start. You could do that on roads or along the towpath. You could do a short tour, or an Audax ride, or a sportive if you weren't in too much of a hurry. Stick some more aggressive tyres on it and you could hit the trails too; so long as it's dry you'd probably be okay on the Freedom rubber that ours is sporting. The Tripster can cope with a bunch of different terrains in one ride, as this great vid from Ed Oxley shows…

The frame and fork package that our test bike is based on goes for £499. Obviously this is a fairly expensive build – the brakes alone will cost you £350 – but if you're not that flush it's certainly possible to get a very tidy full bike at around the £1k mark. We'll try and do as many different things as possible with our test bike and we'll report back…