Reynolds will release three new carbon clincher wheels for 2013 featuring the company's latest development in aerodynamics and with three rim heights, 58, 72 and 90mm, priced from £2,099.99.

Dispersive Effect Termination (DET) was first introduced with the eye-poppingly expensive RZR 92 wheelset. It's a rim profile design unique to Reynolds and which comes with some bold claims of being the fastest wheel in the world when tested in the wind tunnel (we're waiting for that data so we can confirm these claims). 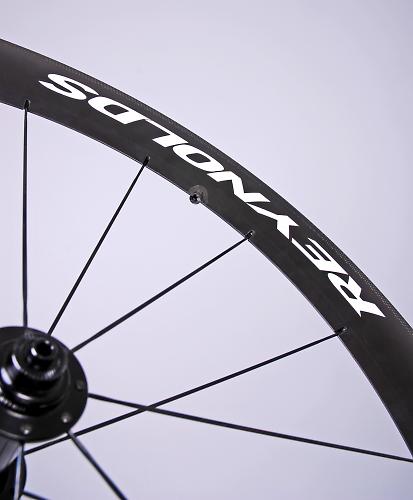 Now this rim profile comes within the grasp of those who don't have the £4,000 asking price for the RZR's knocking about behind the sofa with three carbon fibre clincher wheels at a more affordable price. UK prices have just been confirmed, the 58 and 72 will cost £2,099.99 and the 90 will cost £2,199.99.

To create an aerodynamic component is to understand the flow of air over the surface, and Paul Lew, the lead designer at Reynolds, is a man who understands the unique challenges better than most. With this rim profile he has designed a shape that is claimed to minimise airflow turbulence as the air flows over the rims surface, to decrease drag. 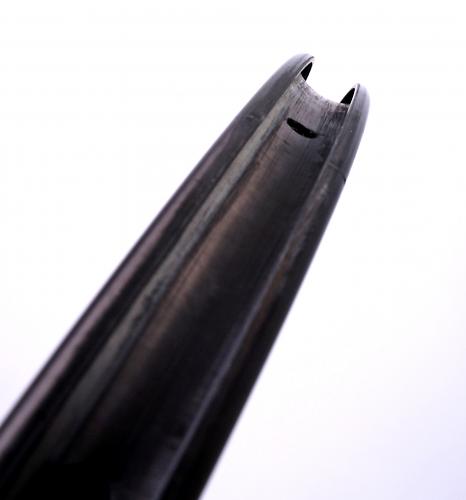 Not only does the rim profile offer increased aerodynamics, the shape offers improved ride handling. The aerodynamic performance shifts the wheel's centre of pressure towards the hub which produces a more stable wheel for more predictable steering, making the more usable in the real world. And additional aero feature is the 'Step Hook' design on the 58 and 72 rims intended to help smooth the flow of air over this section. Paul Lew, Reynolds Cycling's Director of Technology and Innovation, pioneered the design using Computational Fluid Dynamics. "DET™ is a rim shape that smoothes turbulent, energized airflow and re-attaches it to the rim surface," he explains.

"In wind tunnel validation, we confirmed that the AERO wheels have a lower minimum drag value than competitors," Lew continues. "But we also proved that this wheel technology delivers superior handling and generates forward thrust. In simple terms, DET™ harvests energy from the wind, like a wind turbine. These wheels will benefit a competitive professional, as well as the serious amateur cyclist." A proprietary layup in the construction of the rim selects the desired carbon fibre for each area of the rim, with a different grade of carbon for the brake track, sidewall, tyre channel, nipple bed, spoke bed and rim hook bed, in a process called CR6 with Hybrid Modulus Laminate. At the braking surface the company's patented Cryo-Glass Transition finish and specific brake pads keeps temperatures from getting to high when braking promising smooth and predictable stopping power.

The wheels are built with DT Swiss Aerolite spokes, G2 alloy nipples and DT Swiss 180 Stragith pull hubs. The complete weight of the three new wheelsets is competitive. The Aero 58 hits the scales at 1,570gs, the Aero 72 is 1,680g and finally the Aero 90 is 1,900g.

Availability is expected in October.