We've already brought you the undoubted highlights of Cannondale's 2013 product range, the stunning Slice RS and lighter and more affordable Evo family, now it's time to turn our focus on the rest of the range. And it seems the company has been busy.

First up is the newly updated Super-X, the flagship carbon fibre cyclo-cross bike, which now comes with disc brakes. The fork and rear stays have been redesigned with new carbon layups to counter the displacement of braking forces, an upshot of this is the increased compliance now afforded by stays sans brake mounts. As we're seeing on other early disc brake equipped cyclo-cross bikes, Avid's BB7 mechanical discs are used. Rotor sizes are 160mm front and 140mm rear. If you're not a fan of disc brakes, there is still a traditional frame with cantilever brakes in the range, so they're not wiping that out, just yet.

This bike is going to be a hit with 'cross racers this season, provided they can get their mitts on one. And you'll have to join the queue behind me. 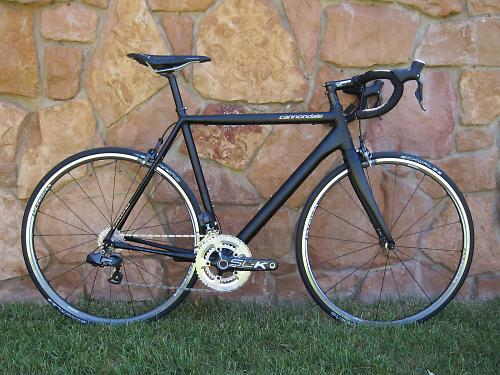 The aluminium Caad10 has been a firm hit with Road.cc, the fact its 1,050g frame is lighter than some carbon offerings isn't lost on us. For 2013 the frame hasn't changed at all, but there are some interesting build options available. At the top is the new Black Edition (like that being offered on the Evo and Slice) where the frame is finished in a stealty matte black finish with discrete colour details (we particularly like the strip on the back of the seat tube, and the little flashes inside the forks). The frame will be built up with Shimano Ultegra Di2 and matching wheels, an FSA SL-K chainset and Cannondale finishing components. Beneath that model is a bike that caught our attention. We've always thought the Caad10 would be the perfect crit racers choice, with a stiff chassis and a price that won't break the bank. Cannondale clearly were thinking along the same lines when they put together the Caad10 Racer, a bike aimed at crit racers. The components have been hand picked by the staff who all ride and race bikes, so there's a standard bend handlebar, not something you see that often on road bikes. Wheels are FSA with Sapim spokes, and the groupset is SRAM Force. 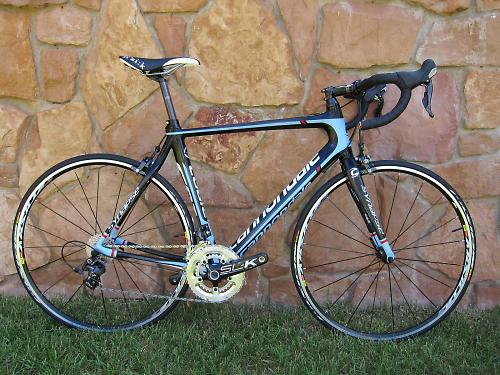 No major changes for the Synapse, the company's all-day comfort bike, aside for the switch to a 27.2mm seatpost. This is to offer even better comfort as the smaller diameter seatpost offers a little more flex than the wider post previously used. There are three Hi-Mod carbon frames in the range with, at the top, a Black Edition. 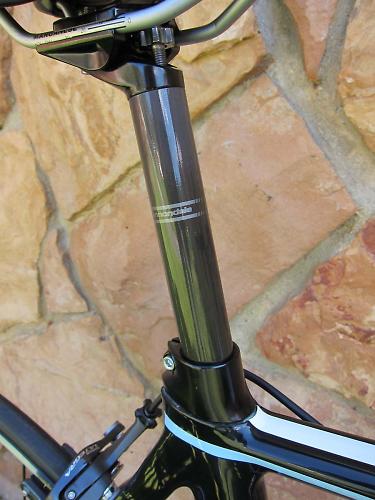 We'll have details on availability and UK prices as soon as they're announced. Don’t' expect to see them in the shops until the autumn though.