Felt have completely redesigned their Z Series of road bikes for 2013 with brand new framesets across the range. There are also high-quality saddles from Prologo and 3T finishing kit on many of the models.

This (above) is the high-end Z2 which is built around a UHC Advanced carbon-fibre frame. What does that mean? UHC (Ultra Hybrid Carbon) Advanced is the composite blend that Felt use here – it’s lighter than their UHC Performance material but not quite as light as their UHC Ultimate carbon. 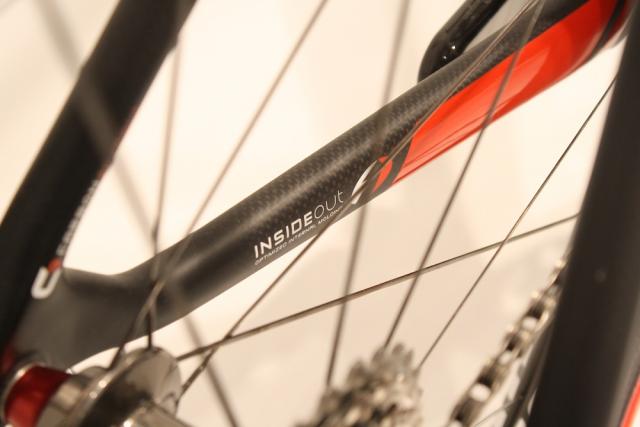 It’s made using what Felt call an Inside Out moulding process. They put polyurethane inserts inside the frame tubes and junctions during manufacture and then apply pressure to the tube walls to remove excess material. The dropouts are carbon too, while the BB30 shell is aluminium. 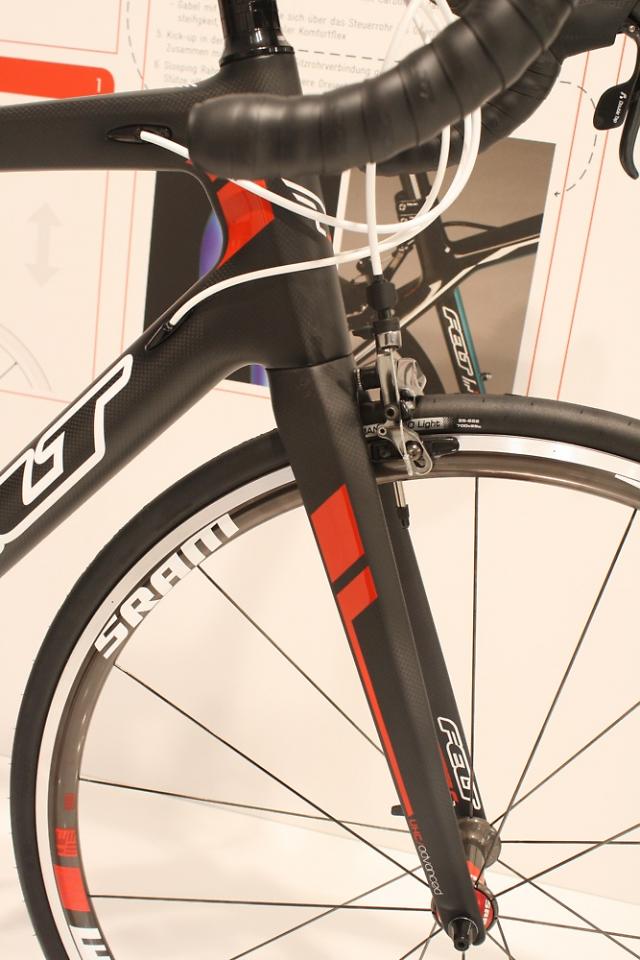 The Z2’s fork is carbon throughout, including the dropouts and the 1 1/8in to 1 1/2in steerer; it’s made from the same UHC Advanced material as the frame.

The Z2 comes in a SRAM Red build with SRAM S30 wheels, a Prologo Scratch Pro Ti 1.4 saddle (with titanium rails) and 3T cockpit components including a high-modulus carbon fibre Ergonova Team handlebar. It’s all top stuff and that’s reflected in the price: £4,999. 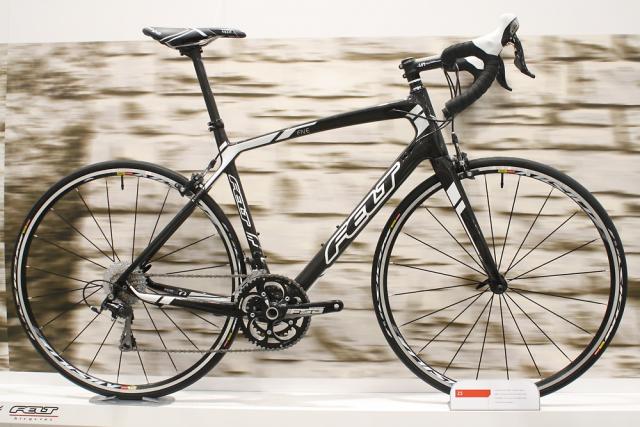 If that’s a bit pricey for you – and, let’s be honest, not that many people are going to drop that kind of cash on a bike – the mid-range Z5 might be a more attractive proposition. It’s £1,749. 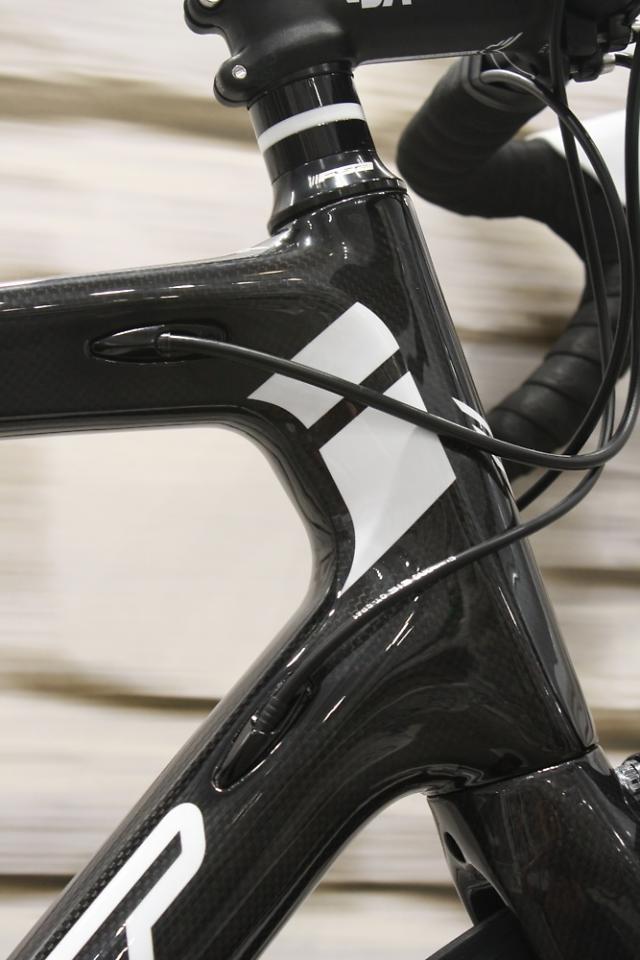 The Z5 is made from the UHC Performance carbon fibre we mentioned but it uses the same Inside Out technology as the Z2, shares the same geometry, carbon-fibre dropouts, internal electric/mechanical cable routing, and aluminium BB30 shell. The fork is tapered like that of the Z2 as well, it’s just the grade of the carbon that’s different: like the frame, it’s UHC Performance. 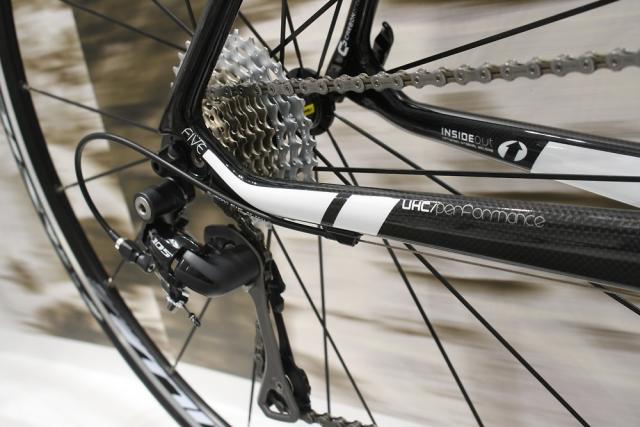 The Z5 gets a Shimano 105 based sped with Mavic’s solid Aksium wheels and a Prologo Kappa saddle. 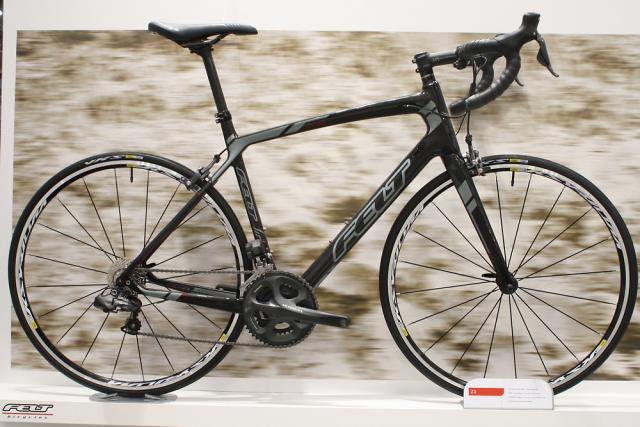 If you’re set on electronic shifting, the £3,599 Z3 is built around the same UHC Performance frame and forks but you get a Shimano Ultegra Di2 groupset and Mavic’s bombproof yet still light Ksyrium Equipe wheels. 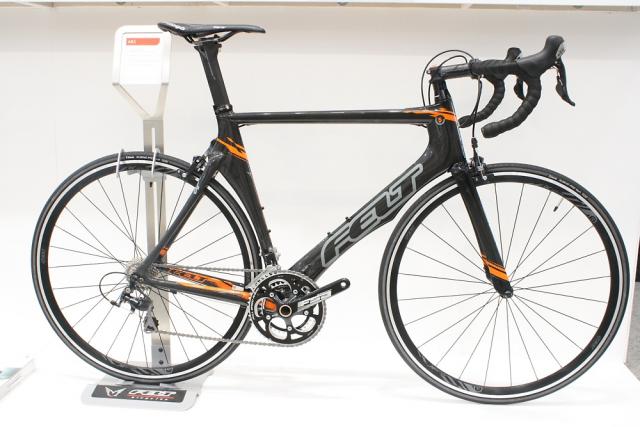 In other news from Felt, they’ve changed the carbon layup of their AR aero road bikes and dropped a considerable chunk of weight from them for 2013. The bikes now come in about 300g lighter. This Shimano 105-equipped AR5 (above) is the cheapest model in the range at £1,999. 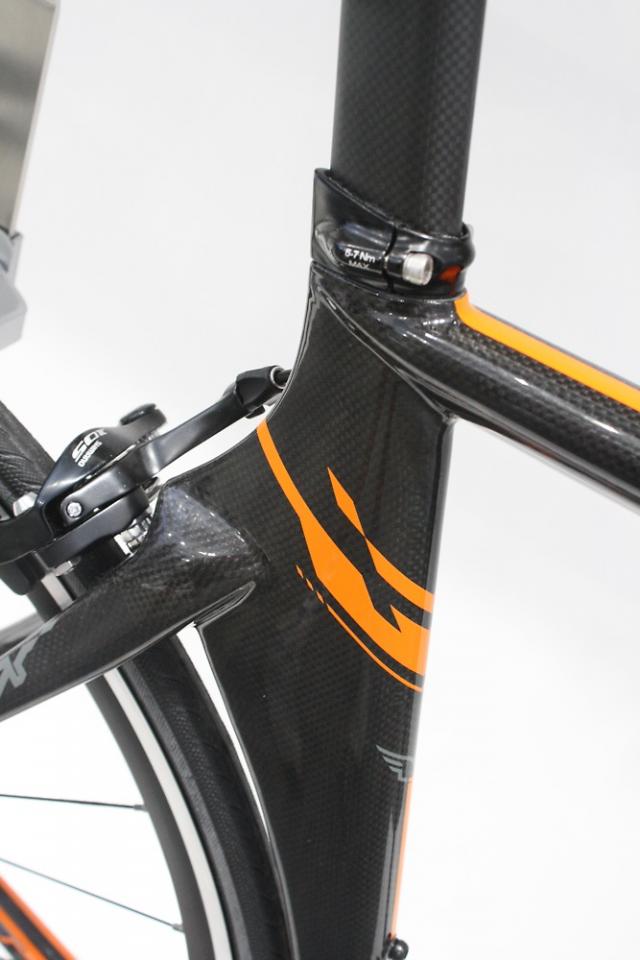 For time trial/triathlon, the B12 has been redesigned with elements from the DA models although, unlike the DA models, it comes with a conventional fork design rather than Felt’s Bayonet fork with an external steerer. 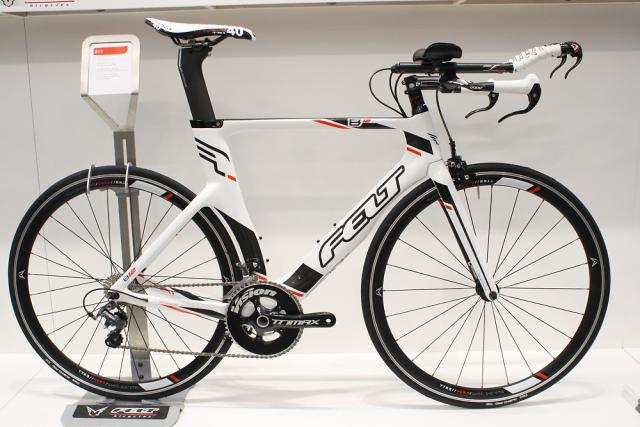 The B12 comes with a mix of components including Shimano Ultegra mechs and Vision’s Metron shifters – you press the end of the shifter to move down the cassette, pull the brake–style lever to move up. The B12 is £2,099. 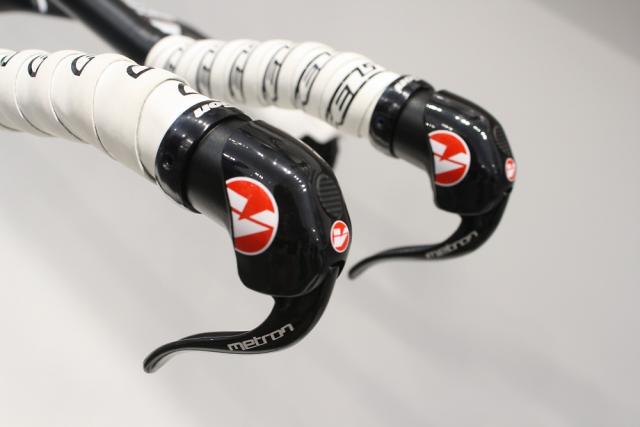 For details of the entire range, head along to Felt's website or UK distributor Saddleback.