As used by Team Garmin-Sharp, Rotor’s fastest ever crankset arrives for testing
by David Arthur @davearthur

We first saw the new Flow cranks from Rotor at last year's Tour de France and then at Eurobike, and now we’ve managed to get our hands on a set, as they’ve just arrived in the office for testing.

First seen on the bikes of Team Garmin Sharp when they were still being product tested and developed, the new Flow cranks are the Spanish company’s aero offering. Aerodynamics is becoming one of the biggest concerns with manufacturers and professional racers, and Rotor realised they could make a faster crank than their standard 3D setup. 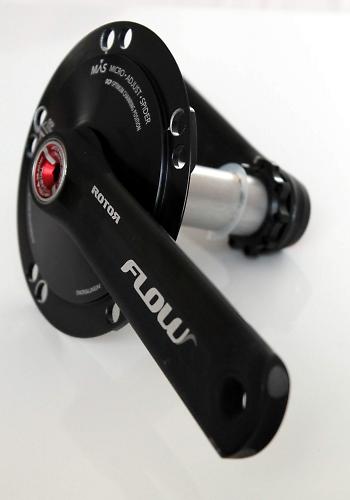 The Flow was developed then in collaboration with Garmin Sharp and developed using the latest computational fluid dynamics (CFD) software, which uses algorithms to simulate testing in a wind tunnel. Such software not only is a lot cheaper than hiring a wind tunnel, but allows for easier development of the product. 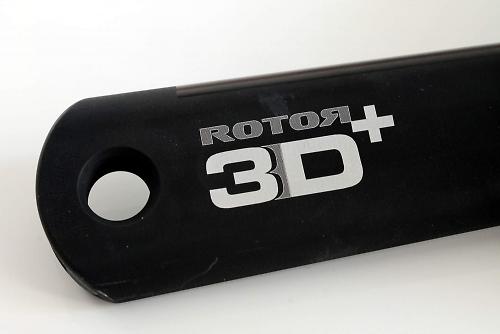 Shaped to be more aerodynamic through the full 360 degree rotation, the arms are sculptured with a smooth rounded profile. Aero product releases aren’t anything without a few claims of increased speed, and here Rotor reckon you can save in the region of 6 seconds on a 40km time trial, if averaging 200 watts. With the booking of a wind tunnel beyond the road.cc budget, we’ll have to take their word for it. 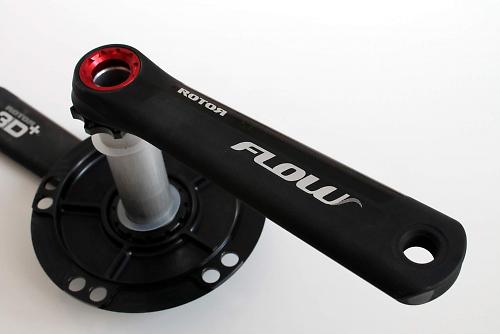 Away from their claimed speed increase, Rotor also point to a 10% stiffness increase compared to any other aero cranks. They’re also light as well, weighing just 558g on our scales (with no bottom bracket or chainrings). Rotor use a unique drilling process to eliminate excess material from the arms. They drill three full-length holes from the axle to pedal. 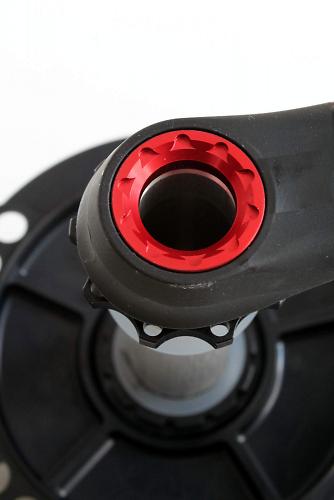 The cranks are compatible with most bottom bracket standards, from 24 to 30mm axles, with Rotor’s UBB (Universal Bottom Brackets) system. 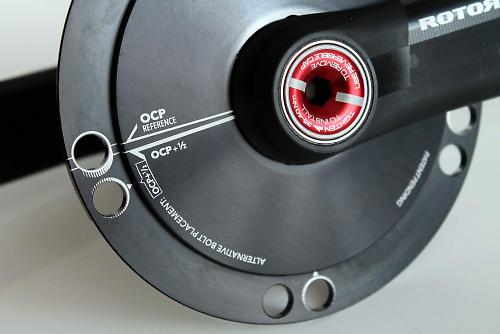 The cranks feature Rotor’s unique Micro Adjust Spider (MAS) that makes for easy and perfect setup with their chainrings, because there’s more available positions. The MAS gives five different positions and there are five available with the chainrings, with 2.5 degrees of adjustment between each setting, so you can precisely tune the orientation.

The idea behind the non-round Rotor rings is a simple one. They effectively give you a smaller chainring when the pedals are at the top/bottom of the stroke, to help you push through the dead spot. At the point where you produce most power in the stroke, about the 4 O’clock position, you have a bigger chainring in effect to push against. The difference is 51t at the top and 56t where maximum power is released. We won’t go into too much detail now, but there’s loads on the Rotor website.

Of course, there’s nothing stopping you using the crank with regular round chainrings if you prefer to stick to what you know, and still benefit from the marginal aero advantage. 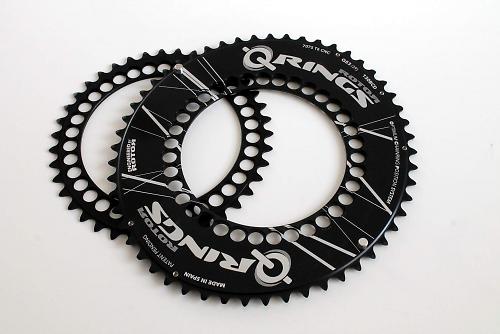 So the cranks are more aero, what about the chainrings? Rotor have released the new 130 BCD Aero chainring as well, which we have here. A 53/39t chainring combination is heavier than a regular Rotor version, 173g compared to 120g, but they’re claimed to be more slippery in the air than their standard chainrings. 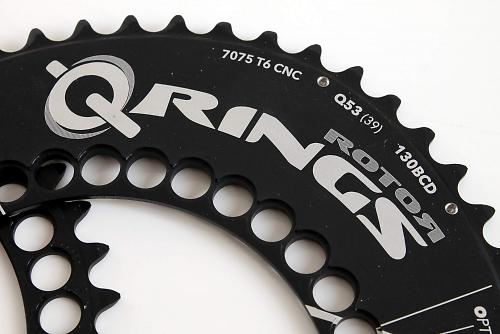