We first encountered the revamped Ultimate CF SLX at the Eurobike show last September, and now we have our hands on one of only two samples in the UK. Lucky old us. Isn’t it a stunning bike to behold? Not only that it’s also the lightest bike to ever pass through the road.cc office as well, all 6.08kg of it.

Mat tested the previous Ultimate CF SLX back in 2011 and found it a “pro-level frameset at the heart of a fast, efficient and comfortable bike that's exceptional value for money,” (we liked it so much we made it our 2011 Bike of the Year). Mat got the long straw again and he'll be testing the Ultimate CF SLX in its latest incarnation too so he’ll be interested to see how the new model stacks up in comparison.

At £3,689 it’s a chunk more expensive than the version we tested a couple of years ago, but the pound/euro equation isn't quite so favourable to us these days and the bike we're testing has a more expensive set of wheels too. Given the spec, the drop in weight, and the amount of technical know how brought to bear on this frame like its predecessor  it is seriously good value for money, with a weight that laughs in the face of the UCI’s legal minimum assisted by a SRAM Red groupset and Mavic R-Sys wheels. 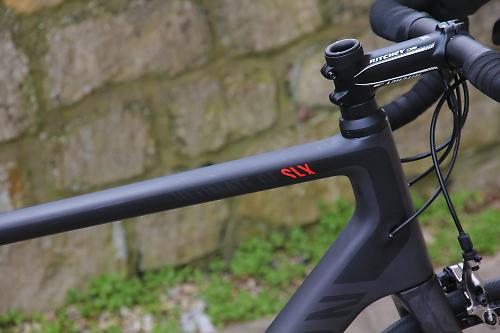 The frame is a radical step forward compared to the previous model. Through a newly shaped carbon fibre frame, with a distinctive flat sided head tube and down tube, they’ve sought to make it stiffer and lighter, as you would expect, but not at the expense of comfort. The frame weighs just 790g for a large and the head tube is a claimed 8% stiffer, and the bottom bracket is stiffer too.

But first the weight savings. To reduce weight they’ve designed brand new dropouts for the frame and fork, they're now made from carbon fibre. The rear driveside dropout neatly houses the exit port for the new internal cable routing. The dropout mounts to the hanger with four bolts and actually sandwiches the frame for a very rigid fixture. Canyon have also trimmed weight by reducing the surface area of the frame, by making some of the tubes slimmer and the key junctions larger. To increase the stiffness compared to the old model, there’s now a press-fit bottom bracket with an all-carbon shell which does away with the heavier aluminium inserts usually found in carbon bottom bracket shells. By adopting a wider BB shell they’ve been able to increase the size of the downtube, seat tube and chainstays, which largely contributes to the frames overall increased stiffness.

Canyon didn’t want a stiff frame that was uncomfortable to ride, though have designed a new seat tube and seat stay junction. The seat stays flow around the seat tube and meet at the top tube and this is claimed to allow a small degree of flex. The seat tube is their third generation Maximus design, which is slimmer than the previous version. To increase the comfort factor they’ve reduced the cross-section in the lower half to allow a small degree of flex. The seat stays themselves are subject to much profiling. They’re flatter now and wider to add to the comfort, while still retaining the stiffness when you mash on the pedals. They’ve used extra Ultra High Modulus carbon fibres in the stays as well. Not only has the frame been redesigned, the fork is all-new. The key change is the use of carbon dropouts, like on the frame, which reduces weight. Viewed from front on the fork legs now sit further away from the wheel, in line with the latest thinking on aerodynamics. The tapered headset (1.25” to 1.5”) uses high-grade thin bearings which are lighter, and their slimness allows for thinner walls in the head tube. Canyon claim a frame, fork and headset weight of 1,190g, for a size large. And the weight for just the frame is 790g. That’s Cannondale SuperSix Evo and Cervelo R5 weight. Canyon give a six-year warranty and have placed a 120kg rider weight limit with this frame - 120Kg is quite big, even Big Dave - all 6ft 3in of him at his chunkiest isn't much over 100Kg. 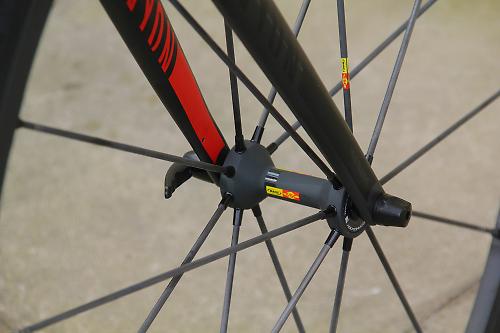 You can choose from eight build options, we have the SRAM RED shod bike. The groupset, with the option of a standard or compact chainset, is accompanied by Mavic R-Sys SLR wheels and Mavic’s Yksion Pro 23mm tyres. Finishing kit is Ritchey WCS stem and Carbon EvoCurve handlebars and an Selle Italia SLR saddle. It comes supplied with the regular VCLS Post, and you can spec the VCLS 2.0 post as a £100 upgrade option. 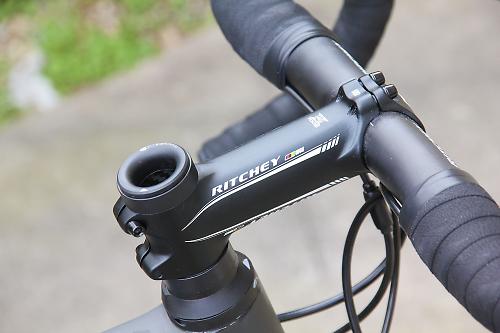 So it’s over to Mat to give it a thorough test. The bike looks very impressive on paper, so let’s hope the ride performance and quality can deliver the same level of impact.

1
Fears new cycleway will lead to drunkenness, drug taking and 'naked selfies in the woods' (no, really)
2
Nail traps laid down against Cheshire cyclists
3
eBay seller refuses to accept bike auction offer – says "would be unhappy if I sold to Scouser"
4
Three Bora-Hansgrohe riders in hospital after driver crashes into training ride
5
The real story about Boris Johnson’s bike ride? It highlights confusion over lockdown rules
6
Geraint Thomas talks new podcast, cycling club snobbery and his new penchant for gravel bikes
7
6 cycling gadgets from CES 2021
8
Near Miss of the Day 520: Cyclist hit by driver's wing mirror coming under narrow bridge