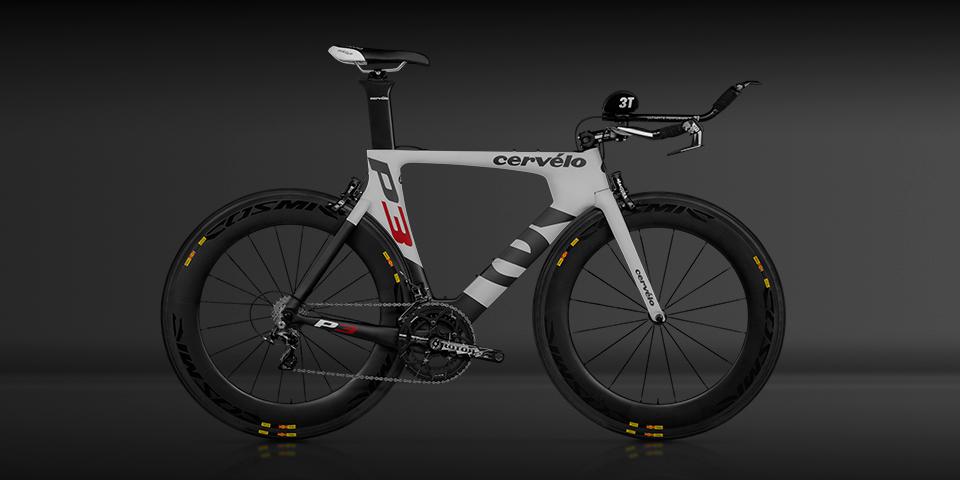 Cervélo have launched an updated version of their P3 time trial/triathlon bike that they say is both stiffer and faster than its predecessor.

The P3 is the bike that really got the Canadian brand noticed on the international stage, and it has been ridden to more time trial and triathlon wins than any other bike in history.

Cervélo say that the new P3 “collects many of the engineering advances we made with the P5,” and that it offers intuitive assembly, accessible nutrition, a wide range of fit options, and easy packing for travel.

Unlike the previous P3, the new version comes with a seat tube that has a straight, rather than curved, leading edge and the head tube is far deeper than before (it extends much further backwards along the top tube and down tube), reminiscent of the P5 design.

Plus, as with the P5, the down tube is dropped (or the bottom of new P3’s head tube is recessed, depending on how you look at it) so the fork crown doesn’t extend the size of the frontal area. Cervélo say that this smoothes the airflow from the fork onto the down tube and fills in the turbulent areas behind the fork crown.

The seat rail is straight off the P5 too. With the previous P3 you had two mount points for the saddle clamp; here, you just slide it along to the right spot and tighten it in place.

The seatstays kink outwards sharply before heading down to the dropouts in order to provide fairing for the rear brake caliper while the cables are routed internally, entering the top tube just behind the steerer. You can use either cable or electronic shifting and either standard or hydraulic braking.

The new P3 gets a slightly taller head tube than before (133mm compared with 125mm on the 56cm model) and a slightly shorter top tube (570mm against 573mm) so the ride position is a touch less aggressive. Cervélo do this on their aero road bikes too, reasoning that it’s better to cater for the majority than to have most people use a bunch of spacers to get into a useable ride position.

You get bolts to fit a nutrition box to the top tube as well as the option for extra storage at the down tube/seat tube junction and behind the seat post.

One of the key things that Cervélo are keen to emphasise is that the P3 is capable of taking standard parts across the board. The headset, for example, is 1 1/8in, it takes standard caliper brakes, standard bottles and standard aerobars. The bottom bracket, admittedly, is Cervélo’s own BBright standard, but they’re not exactly hard to get hold of.

Cervélo say that the new P3 is 18% stiffer than the classic P3. In terms of drag, they reckon it has just 68g more than their much more expensive P5 Six (built up with a rider on board).

Cervélo’s UK distributors Madison say that they expect the frameset to cost £2,500-£3,000 and a full bike equipped with Shimano Dura-Ace to be about £4,000-£4,500, although this maybe a limited run option not available in the UK.

Cervélo suggest that full bikes will be available in a month with framesets to follow later in the summer in key sizes.

For more info go to www.cervelo.com.