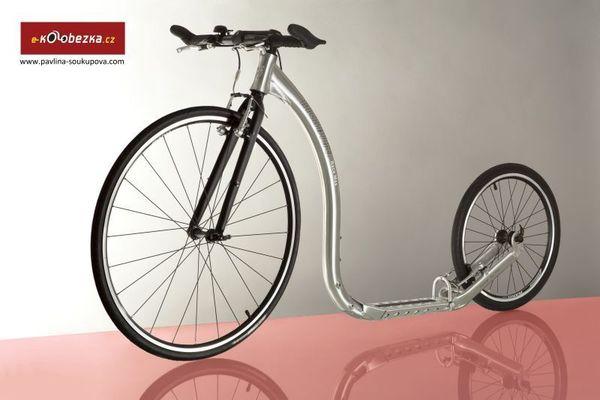 Czech team scoot entire 2013 Tour de France… Or should that be kick? + VIDEO

A team of Czechs, a Finn and a Dutchman are to ride the entire 2,200 mile Tour de France on footbikes ahead of the pro peloton.

The bikes, which are particularly popular in Scandinavia, feature a normal bike wheel at the front, with a scooter-style foot platform and a smaller back wheel.

Here's a video to explain the challenge:

According to the team's leader, actor Vaclav Liska, says that because footbiking is slower than cycling, the team will ride for around 10 - 18 hours a day, in contrast to the five or six taken by pro cyclists.

He says the main concerns are a lack of sleep and a lack of time to recover.

The team will take on exactly the same mountain passes as the pros, all the way from Corsica, Porto Vecchio, to the Champs Elysees.

The team is made up of the following:

Speaking to Supersport, Jan Vlasek said: "We are not afraid of any stage, but there are definitely some that command more respect."

But if it goes well, there might just be a repeat performance.

"It would be interesting also to cover the routes of the other two great cycling races when they turn 100," he said.

"The 100th edition of the Giro d'Italia will take place in 2017, but we can see a slight problem with the Vuelta which has had 67 editions to date. We will be in our sixties when the moment comes."

It's not the first left-field idea to come out of the Tour de France - this year a number of heavily guarded Corsican prisoners will be riding a stage, three weeks ahead of the peloton. They will replicate the hilly Bastia-Ajaccio stage, and have already been riding on roads and in the gym to prepare.

In 2009, we reported another prisoner outing for the Tour - in which the French Prison Service released almost 200 criminals to cycle around the country on various stages of what is officially called the Penitentiary Tour de France 2009. For the full story, and the thinking behind it, here's a link to a longer feature in The Times (£).