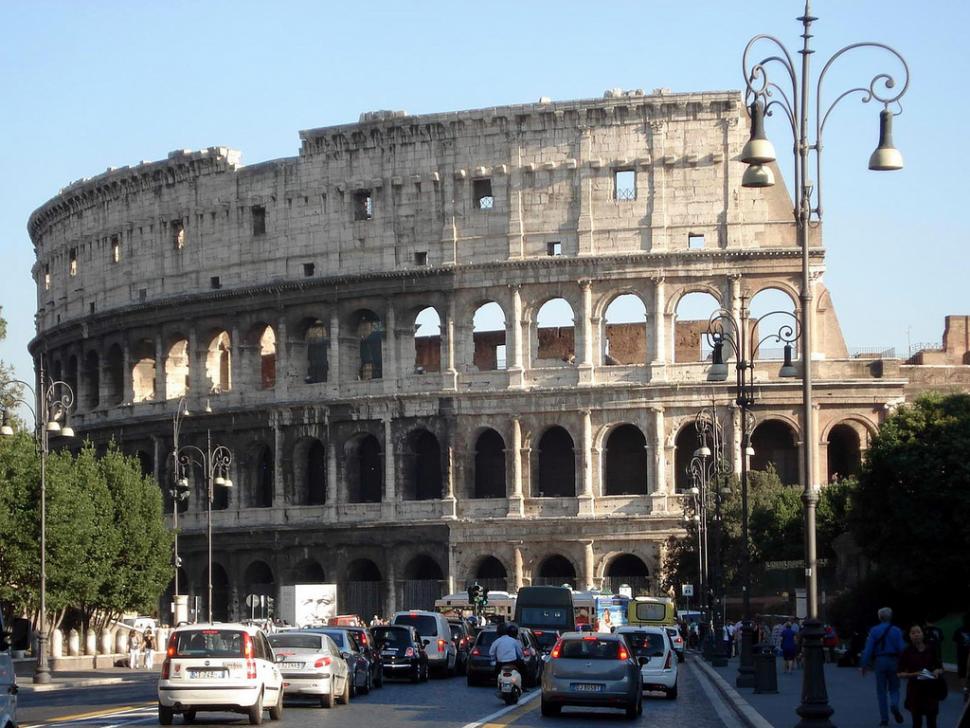 The Colosseum from the Via dei Fori Imperiali (creative commons licensed by mag3737:Flickr)

"No other city would have turned the Colosseum into a roundabout."...
by John Stevenson

The other cycling mayor of a great city, Rome’s Ignazio Marino has begun an attempt to curb the car-domination of the Italian capital and consequent damage to its ancient monuments by banning cars from the road through the Forum to the Colosseum.

Mayor Ignazio Marino hopes to eventually turn the whole area into an archaeological park, according to the Guardian. Only bicycles, pedestrians, emergency vehicles, buses and taxis will be allowed to use the Via dei Fori Imperiali.

“We must chose whether we want cars or to value our monuments,” said Mr Marino.

A transplant surgeon before going into politics, Mr Marino was elected mayor of Rome in June of this year, and has drawn attention by cycling to meetings. The pedestrianisation of the route was one of the first decisions he announced after taking office. He has been able to implement the plan remarkably quickly.

“Today is the beginning of a dream. I believe we have a responsibility to keep the richness of history for the entire human kind - it is more important than a shortcut,” he said in an interview broadcast Saturday by the BBC.

Via dei Fori Imperiali was built by the dictator Benito Mussolini so he could more quickly get to his office north of the Capitoline Hill.

“I don’t think any other city in the world ... would have turned the Colosseum, probably the most famous monument on the planet, into a roundabout.”

“I say it with respect, but between the interest of someone who can’t stop in front of his newsagent in his car, and the protection of the Colosseum, I choose the latter,” Mr Marino said.

While the route is still open to some motor traffic, Mr Marino has said he would like to turn it into a pedestrians-only zone.

“Thanks to this pedestrianization project, Via dei Fori Imperiali will become the most stunningly beautiful boulevard in the world,” the City of Rome said on its project website. “Here is where it all started, and, here, today’s Rome is reborn”.