Cervélo has updated the S2, its entry-level aero road bike, with an all-new frame and fork that the company claims is not only more aerodynamic, but also stiffer. This follows the recently updated R3 and S3 bikes, shown at Eurobike a few months ago. 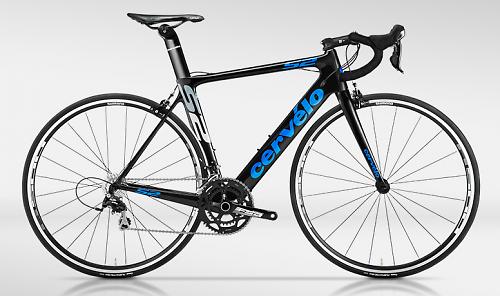 The S2 originally started life as the Soloist many years ago, and really set the ball rolling for aero road bikes. Key to aero performance is reducing the frontal surface area, so the S2 used to have a straight 1 1/8in non-tapered steerer tube. Now though it has a tapered head tube which Cervélo claim increases stiffness by a whopping 32%. 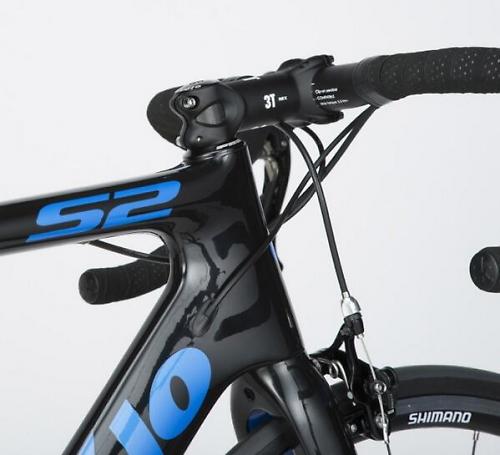 Extra stiffness has also been achieved by the use of the company’s own BBRight bottom bracket. BBRight uses a 30mm diameter spindle and press-fit 30 bearings, but the key difference is that on the non-driveside the bearing is pushed outwards by 11mm. This wider shell means that the down tube, seat tube and chainstays can be oversized. The increased stiffness claim from this change is 20% over the old S2. 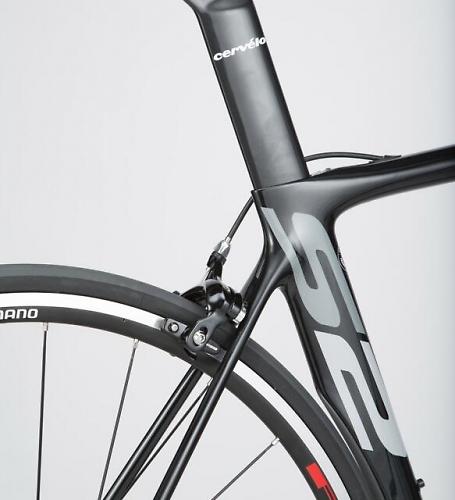 Aero changes have been made, but Cervélo don’t give any figures as to how much more aero the new frame is. We’re guessing it’s some. The seat tube now has a cutaway section so it curves around the rear wheel, and is said to improve airflow over the wheel. The down tube has been designed with a water bottle in mind - there’s a squared off tail section at the bottle mount which the company says acts as a “continuation of the airfoil to smooth airflow and minimise aero drag”. This has already been used on the new S3, and is something we’ve also seen on other aero bikes like Giant’s Propel.

Other changes include an internal seat clamp replacing the previous external item, and the skinny seatstays borrowed from the RCA. There’s also clearance for 25mm tyres which is handy if you are into the benefits of wider tyres.

The cable routing is still internal, but they’ve moved the entry port from the top tube to the down tube, which looks far neater. Cervélo calls the cable routing ‘future proof’ so we can assume that means it’s fully compatible with all mechanical and electronic groupsets. And any future groupset tech, such as a hydraulic gear system, as they let slip to us at Eurobike. 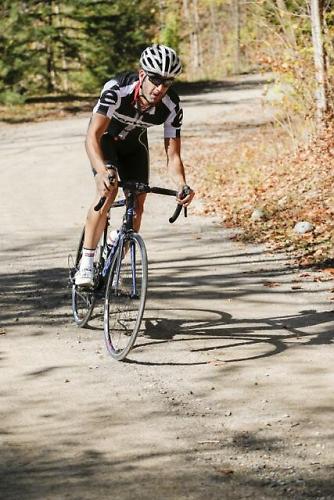