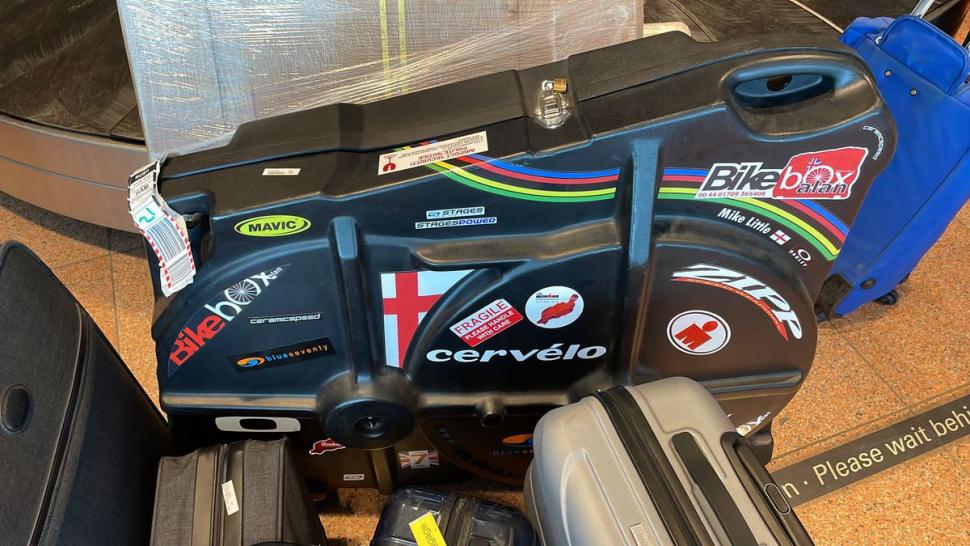 When ​ we reported earlier this week on a cyclist whose bike had gone missing when he checked it in ahead of flying to an event abroad, we asked whether any of our readers had encountered a similar situation recently – and two have got in touch to share their own experiences, one of them telling us how he was told by an airline pilot and fellow triathlete that his bike, boxed up for transit, had sat at the baggage reclaim in an airport in Germany for weeks.

We’ve covered several stories of lost bikes in recent months, which are highlighted in the story we published on Wednesday, and it’s a problem that is affecting a number of cyclists flying both out of and into the UK.

As the Guardian reported earlier this week, the problem of luggage going missing is an increasing crisis worldwide, caused in part by a huge increase in passenger numbers after two years that saw people postpone plans to travel, whether for holidays or some other purpose, due to COVID-19.

At the same time, airlines and the contractors which handle baggage at airports have in many cases failed to replace staff who were laid off during the pandemic, and Emirates has singled out London’s Heathrow Airport as having a particularly acute problem – perhaps not a surprise given the problems UK employers across a number of industries face in recruiting staff due to Brexit.

Wednesday’s story concerned Neil Feakins, whose £15,000 Canyon time trial bike was lost after he checked it in for a flight from Vienna to Heathrow after taking part in Ironman Austria earlier this month.

Our report prompted road.cc reader Mike Little to get in touch, and he told us: “At least Neil lost his bike AFTER his race. On Tuesday 31 May I travelled from Newcastle to Hamburg via Amsterdam with KLM to take part in the European Ironman Championships on Sunday 5 June.

“Sadly my bike and luggage didn’t arrive in Hamburg but I received an email from KLM saying the bike and luggage would arrive on the next flight and would be delivered by courier to my hotel.

“This didn't happen and I spent the next four days going to Hamburg airport every day (a three-hour round trip from my hotel) only to be met by utter chaos with mountains of luggage and no customer service staff and no security.

“I ended up racing in a hired wetsuit and riding a standard hire bike two sizes too small for me with cycling shoes the guy at the hire shop had lent me!”

It turned out that his bike, in its bike box as shown in the main picture above, had been at the airport the whole time – but Mike has still not been reunited with it.

“When I got home to the UK there was still no sign of my bike box until I got an email out of the blue on Tuesday 21 June from a Lufthansa pilot and keen triathlete Thies Harms, asking why he kept seeing my bike box abandoned in luggage reclaim in Hamburg airport!

“He offered to help get my bike box couriered to me but when he went back on Thursday 23 June, he was told the bike box had been taken for processing to be sent back to me.

“That is now fyur weeks ago and 7 weeks since I first flew on KLM and there is no progress. KLM cannot tell me anything on the rare occasions they actually respond to messages,” Mike added. 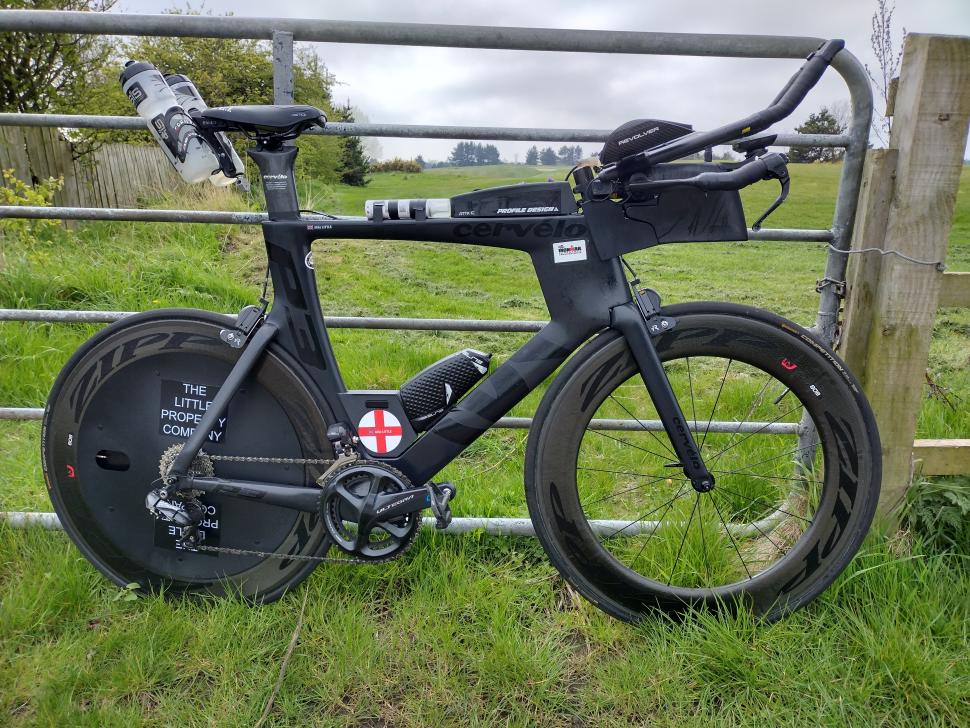 Another reader, Caitlin, told us of how her bike had got lost earlier this month when she flew from London to Italy to take part in an event that is on the bucket list of many a road cyclist.

“On the evening of Friday 1 July I flew out to Venice from Heathrow with British Airways to compete in the Maratona dles Dolomites.

“I left my road bike at oversized baggage to be put in the hold, as I have done many times before with BA. When I arrived at Venice airport I received an email to say that my bike was not put on the plane.

“When we arrived at the baggage terminal we joined a queue of other cyclists whose bags were missing from the flight – the airport was a complete shambles. Luckily I managed to find a decent rental bike to complete the race – all the while my bike was still missing.

It is now nearly three weeks later and BA still have returned my bike. I call the lost baggage line every day and am having no luck in getting my bike bag.

“Not only does my bike have huge sentimental value to me, the bike and bike bag together are over £4,000 in value.”

Caitlin also had some words of advice to fellow cyclists planning on flying with their bikes, namely to “ensure they get separate bike insurance when travelling” and to “consider an Apple Airtag or similar to track their bike” – as well as “avoid travelling with their bike in the hold this summer while the airports are in chaos!”

Her point regarding insurance is a particularly pertinent one, with the Montreal Convention limiting airlines’ liability for loss of checked baggage to around £1,400, as explained in this article from the Independent.