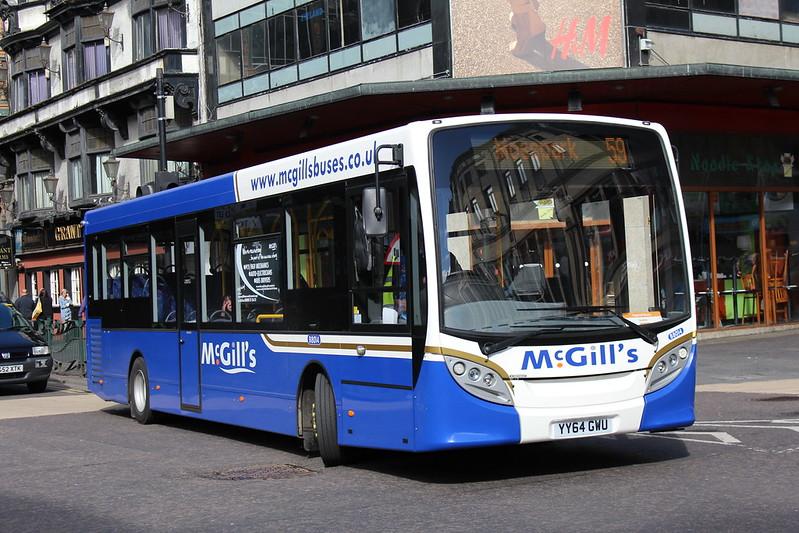 A ​bus driver who harassed a pair of cyclists in Glasgow by driving close to them while repeatedly beeping his horn has been sent for remedial training by the company he works for.

Operator McGill’s buses wrote to one of the cyclists, Andrew Wand, to inform him of the action it had taken after he complained to the company following the incident on Dumbarton Road in Partick last month, reports the Glasgow Times.

Speaking after the incident happened, Mr Wand said: “I’ve been cycling around the West End for about five years and I’ve never, ever had anything like this.

“Occasionally, there will be a car who honks their horn but never like this.”

“I take my daughter a cycle every day to school and back and it’s nerve-wracking.

“There aren’t nearly enough cycle-friendly spaces – especially with a 10-year-old – so I hope it continues to get better.”

Now, the bus firm says that the driver had been sent back to its training academy to receive further training on the need to ensure the safety of all road users, including cyclists.

The Greenock-based company also apologised to Mr Wand for the driver’s behaviour.

In the letter, it said: “At McGill’s, our drivers are trained to respect the rights of all road users and I apologise that this is not what you had experienced.

“Due to the nature of this incident, this driver was returned to our Training Academy for further remedial training where our training managers discuss and teach all drivers the importance of the safety to other road users and cyclists; especially when buses are overtaking cyclists who are more exposed and vulnerable.

“On behalf of McGill’s Buses I would like to pass on our sincerest apologies for the upset this incident may have caused both you and your friend.

“Thank you for bringing this matter to our attention and allowing us the opportunity to investigate the matter accordingly,” it added.

1
MP who opposed pop-up cycle lanes tries an e-bike – and has an epiphany (of sorts)
2
Here's what we want to see from the new Shimano Dura-Ace groupset
3
road.cc Cyber Monday kit sale extravaganza! Take 50% off the price of jerseys, bib shorts, tees and more
4
Corner-cutting motorist who blamed low sun for killing cyclist spared jail
5
Rapha collaborates with Robyn Lynch for new collection, including a £450 upcycled jacket
6
Pregnant cyclist lost baby after hit and run by drunk driver who had previously been spared a ban
7
Chloe Dygert apology for social media conduct “not sufficient” says Rapha
8
Near Miss of the Day 504: A textbook left hook attempt