Dan Alexander is here for the Wednesday live blog, his last before he disappears for a few days off... 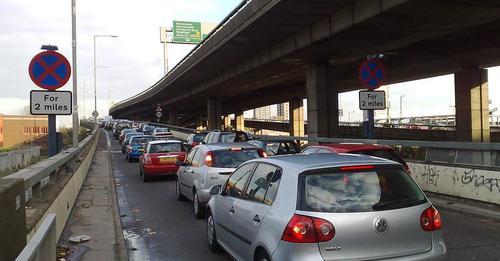 We think bikes are neat. https://t.co/mGyLPIHZnQ

LiveDrive, the Dublin traffic reporting account that realises how much quicker it is to commute by bike, has reacted to our coverage of its initial sassy tweet this morning with this glowing endorsement of the bicycle - scroll down to read more!

What a way to end your career @tonymartin85! 🤩

"It's the best finish, isn't it?" Martin said at the finish. "Going from the cycling scene with a gold medal is a dream for me. The best situation I can imagine and I'm really thankful to the whole team, especially to our women. I think they made the difference today. I really enjoyed the whole week with the team. We were hoping for the gold, and now the dream has come true and it's time to celebrate."

Someone get that man a beer... 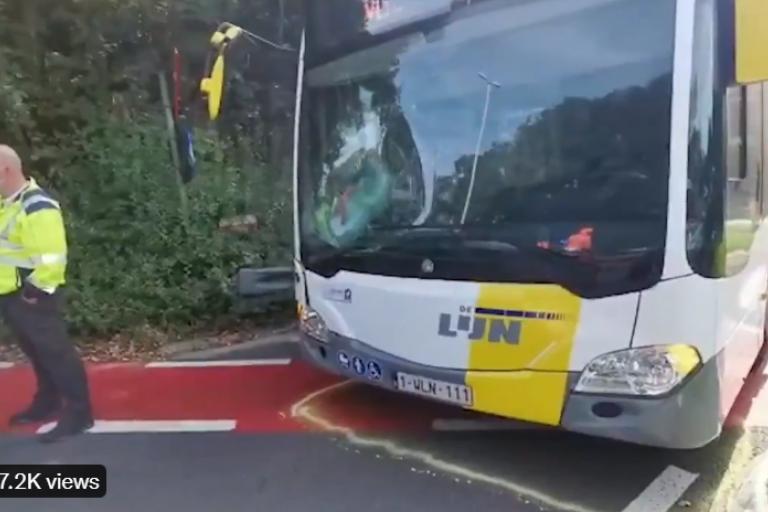 If Carlsberg did pro cycling scripts...Tony Martin, 36 years old, riding his final race before retirement, just won a fifth rainbow jersey of his career, five years after his last. This was in the mixed relay TTT, the other four were individual honours.

Martin, alongside Max Walscheid, Nikias Arndt, Lisa Brennauer, Mieke Kröger and Lisa Klein beat the Netherlands time by 13 seconds, the Italians were third at 38 seconds. For a while it looked like GB might cling on for a medal, but were ultimately fifth fastest.

100 Climbs author Simon Warren made live blog headlines on Friday after finding another brutal British berg - Bamford Clough. With a 36.5 per cent maximum gradient and 300m at 26 per cent, it's a monster. Simon made it up...and with a 34x29...impressive. Any of you lot been mad enough to make a detour up the Clough yet? 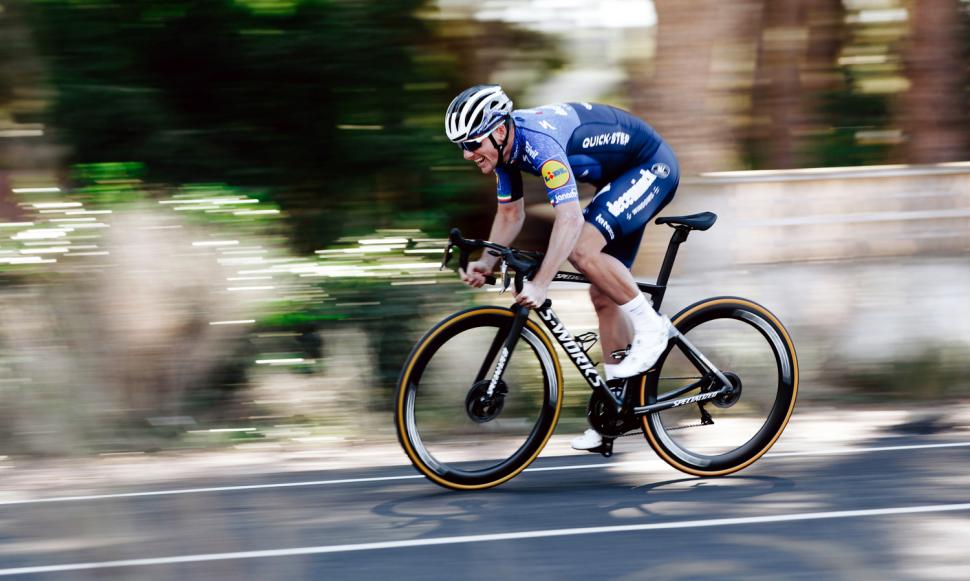 Sam Bennett has withdrawn from Ireland's team for this Sunday's World Championship road race, saying he is not yet fit enough for such a gruelling event. Bennett has struggled with a knee injury since before the Tour de France, but returned to action last week at the European Championships and competed at some smaller Belgian races over the weekend.

"It is always an honour to represent Ireland on the international stage. However, unfortunately competing in this year’s World Road Championships will not be possible," Bennett said in a statement.

"I am very happy to be back racing pain-free and with each race I know my fitness levels and race sharpness are improving. However, at this stage, a gruelling 260km+ race is probably a step too far." 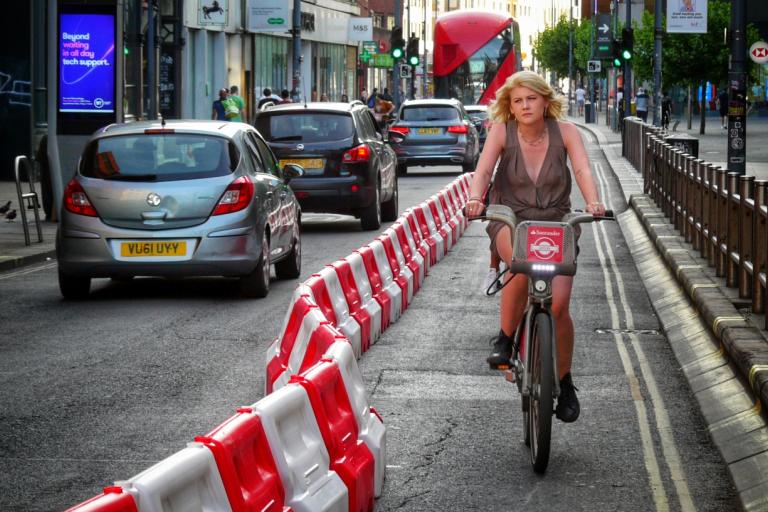 Men still made twice as many trips by bike as women last year – but it was three times as many in 2019
23
22 September 2021, 14:01
Joss Lowden hour record attempt...forgive us for ignoring you know who's comments

Patrick Lefevere said something controversial about women's cycling again. Rather than giving that the airtime it doesn't deserve, I thought I'd find you a positive women's cycling story. Having finished eighth at the World Championships on Monday, British rider Jos Lowden is in the final stage of preparation for her hour record attempt next Thursday.

To take the record she will have to beat 48.007km, set by Victoria Bussi in 2018. Lowden's goal is a minimum of 192 laps of the track in Velodrome Suisse in Switzerland next Thursday at 4pm.

"All the training and preparation is done," she said. "From the Le Col x McLaren Project Aero Skinsuit to the tactics and pacing, every detail is taken care of. All that remains is for me to take my opportunity. I am super confident. This is my moment. When that clock starts it’s me, the black line and sixty minutes of pain." I'm pumped just reading that...

22 September 2021, 11:18
BBC London report on Bristol travel gets ripped apart by the locals

As someone who doesn't know Bristol too well, unlike the BBC team seemingly I got some input from someone who does...editor Jack said most people who cycle in Bristol do so because their isn't another option. Plenty others online echoed that...adding: public transport is dreadful, air quality worrying, cycling infrastructure often dangerous and traffic appalling...

This has to be a joke, surely? The reason so many people cycle in Bristol (a notoriously hilly city) is because public transport has been horrific for decades, and we've literally got no choice but to walk or cycle if we don't want to be sacked from work.

Any more Bristolians wish to tell me how terrible their city is for transport?

It's a little-known clause in the Highway Code: if you drive an @Uber you ARE allowed to use cycle lanes
😡😡😡 pic.twitter.com/tdBzh1kuz6

Jeremy Vine's back on the live blog with a bang...it's been a while since the pedalling presenter featured here - possibly the first time since that nuclear two-abreast week. Who could forget that? I've just about stopped having sleepless nights...

This time, Vine clocked an Uber driver taking a look at a stop sign and planter, ignoring the restrictions (and the cyclist rightfully trying to use the route), before taking a shortcut down the segregated cycle lane and back out onto the road...

road.cc news editor Simon's encyclopedic knowledge of London tells us this is the western end of Wellesley Road in Chiswick, part of Cycleway 9.

It's not the first time Vine has snapped some cycle lane driving...back in January he saw this motorist driving down the Hyde Park segregated cycle path before mounting the pavement to rejoin the road at the traffic lights.

What a turnout yesterday at our meet up event at Ride Coffee House in Banchory.

So much fun to meet all the kids and some of people who were following and supporting the cycle.

Not sure I was emotionally ready to have so many kids want photos and sign their clothes 😭 pic.twitter.com/XSbBynUo2i

22 September 2021, 08:51
Wattbike announces new partnership with the All Blacks

Wattbike has announced a new partnership with the New Zealand rugby team, as its 'Official Performance Bike Supplier'. The announcement coincides with the brand's 'Made For Real Athletes' campaign, which aims to show how anyone can achieve their fitness goals with a determined mindset.

All Blacks Strength and Conditioning Coach, Nic Gill said: "For over ten years the All Blacks have worked with Wattbike to help get the team into the best possible shape to compete on the field. The Wattbike is a highly accurate, realistic and reliable way to get intensity into our indoor and off-feet conditioning programmes. There is no doubt that the Wattbike is a world-class high-performance training tool, we’re delighted to have them officially in our camp."

Back in July, it was announced the All Blacks would be joining the Ineos sporting empire. Sir Dave Brailsford welcomed the team to the Ineos brand with a recorded message from the Tour de France's final stage in Paris. Yesterday we brought you the news that Brailsford is reportedly stepping aside from the Ineos Grenadiers cycling team to oversee the brand's entire sporting portfolio - including the Mercedes-AMG Petronas F1 team, Sir Ben Ainslie's sailing team and the All Blacks.

Here's your Dutch news from the cycle path - including rail strikes, King's speech and a walrus.

Have a wonderful Wednesday ✨

Here's your two-minute Dutch news briefing...of course, delivered from the cycle path. I've never been so well-informed on Netherlands news.

As far as traffic reports go, this one's pretty entertaining. It's undoubtedly one of the best things about commuting by bike. That moment when you glide down an empty cycle lane past the queue of stationary road users... normally, moments later a car door will open or someone pulls out on you and you're swiftly knocked back to reality...but it's great while it lasts!

LiveDrive, a live traffic service for Dublin, broke the terrible news last night that anyone leaving work at 5 and heading for the North Circular was in for a long commute. It was, they grimly reported, "the busiest we've seen it in a long, long time"..."Even pre-lockdown this would be a major day." And then for the punchline..."Expect major delays by car, or a six-minute cycle"...

By far my favourite reply was the person asking if these drive cycle updates were new...that was until I realised Brian O'Doherty wasn't a disgruntled driver put out by the fact those pesky cyclists were being catered for, but actually an impressed pesky cyclist himself...

It turns out LiveDrive has been doing these since before the pandemic, and there was a bit of a theme in the replies...

This is almost every journey in Dublin. Sit in traffic, or glide past on your bike... https://t.co/707uUqjY9g

Cork city centre is also a go-slow these days.

36 mins to get from North Cathedral to Elysian last Friday in car. Think I saw @righttobikeit go past too.

9 mins to get from North Cathedral to Idle Hour yesterday on bike. https://t.co/FFPHv1V6RZ

Add this one to the file alongside the person who sliced his pizza with a Campag chainring, becoming the most Italian person alive in the process.

The only question I have is why you'd pick a salad after a weekend cycling...maybe that's just me...