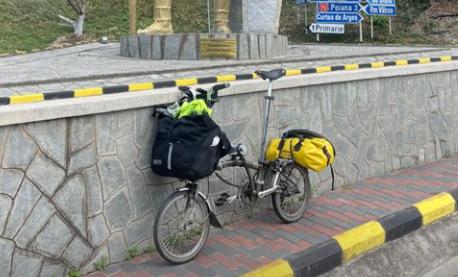 "It's just the bike I've got — enjoy it!": James Houston overcomes aggressive dogs, melted rim tape, numerous punctures and walking up (and down) mountains... all while wearing sandals...
by Dan Alexander

Kudos, chapeau and all other cycling-related congratulations to James Houston who completed Transcontinental, the iconic self-supported ultra-endurance challenge, on a Brompton folding bicycle.

Completing the continent-crossing route from Geraardsbergen in Belgium to Burgas on Bulgaria's Black Sea coast — via Germany, Czech Republic, Austria, Italy, Croatia, Bosnia and Herzegovina, Serbia and Romania — James rolled into the finish city on Friday after just under a month on the road.

> What's the best bike for tackling the Transcontinental Race across Europe? Take a look at the leaders' continent-crushing machines

James documented his journey on Instagram, where he uploaded daily updates on his stories, and hosted a Q&A live video on Saturday night. Sporting some exceptional sandal tan lines, he told those who have followed his journey he is looking forward to doing normal things, eating normal food and visiting the allotment on return to the UK. 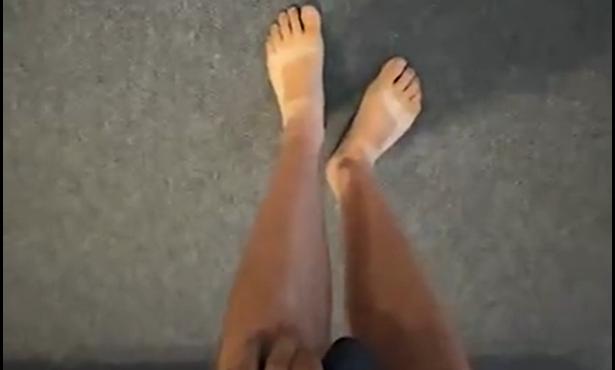 "I'm looking forward to getting home, having normal food, going for walks, going to the allotment and doing normal things."

Apart from the obvious thousands of miles pedalled on a folding bike, James had to overcome challenges, including knee pain caused by cramp from sleeping in a drain, being chased by dogs, and multiple punctures after his rim tape melted.

Showing off the hi-vis straps he wore at night after losing a yellow rain jacket, amusingly dubbed "high-vis bondage" by one commenter, James said: "The roads were so dangerous on this event, once past Italy, in Croatia, Serbia, Czech Republic, it was really fast roads and really horrible.

"There were so many dogs about, it's unreal. In Romania, and in Bulgaria, it's quite common for houses to have dogs which will chase you as you go past the property. I was lucky I didn't get bitten but had a few encounters.

"One when I was sleeping and I woke up in the middle of the night in the country. I could hear a dog less than 100m away really barking. I wasn't sure if it was walking down the road, in which case it was sure to come across me like a salty treat stuck in my sleeping bag.

"I just kept quiet and it didn't come by, but it was a consideration when sleeping out, I'd make sure there weren't dogs nearby. Another time, while pushing my bike up a road with really chunky gravel. I had my bright headtorch and it lit up this dog. I looked around the forest and could see about 30 eyes reflecting back at me. I thought there was a pack of dogs... when I heard a guy's voice it turned out to be sheep...a worrying moment!"

Mechanical issues were a problem too as James' rim tape melted under the heat of the big descents in the mountains, forcing him to use electrical tape to prevent any more punctures from the spoke nipples pushing through. 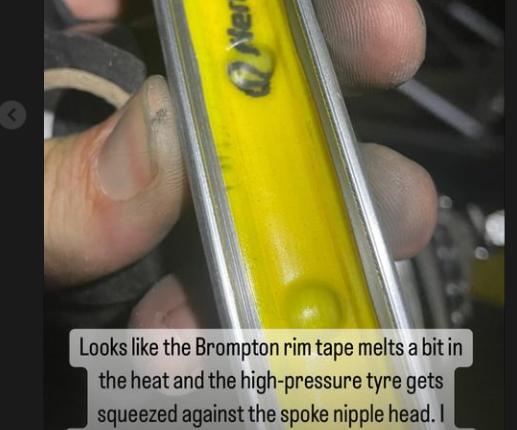 "I weighed 98kg when the race started, the bike and luggage weighs over 30kg, so 130kg, which means when descending steep roads like in the Alps, the rims heated up with braking and caused a couple of punctures. When it was really raining I just walked down because I was too scared if I had to fix a puncture when cold and wet it turns a bit dangerous. 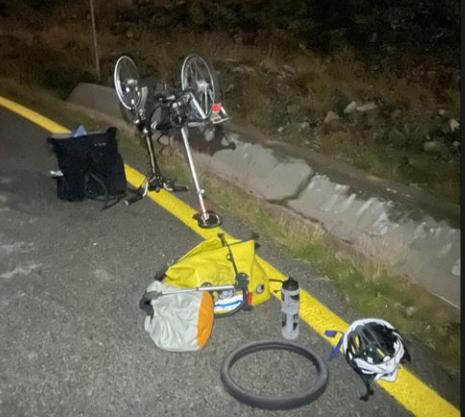 "I went over the Alps and the weather turned really bad. I found shelter in a drain underneath the road. I went into my bivvy bag and slept for about an hour and had the worst cramp I've ever had. I was stuck in the sleeping bag so couldn't stretch my leg out how I needed to which, I think, damaged where the muscle joins the knee. That was really hurting for a couple of days after that."

"My legs hurt like I'd run a marathon without any training"

Recalling the final stretch through Romania and Bulgaria, James explained: "The fourth parcours started up the top of a mountain and is the highest road in Romania, not that it's even a road anymore. You're without phone reception a lot of the time so if anything happens to you you're basically going to be waiting there until the next person comes along, which might be the next day.

"It was really hard work, there was a hill that I'm sure everyone found tough, you could barely push the bike up the grassy slope. I had to stop every 20 paces and take a break. For two days after my legs hurt like I'd run a marathon without any training."

For more on James' long-distance Brompton epics check out his website...