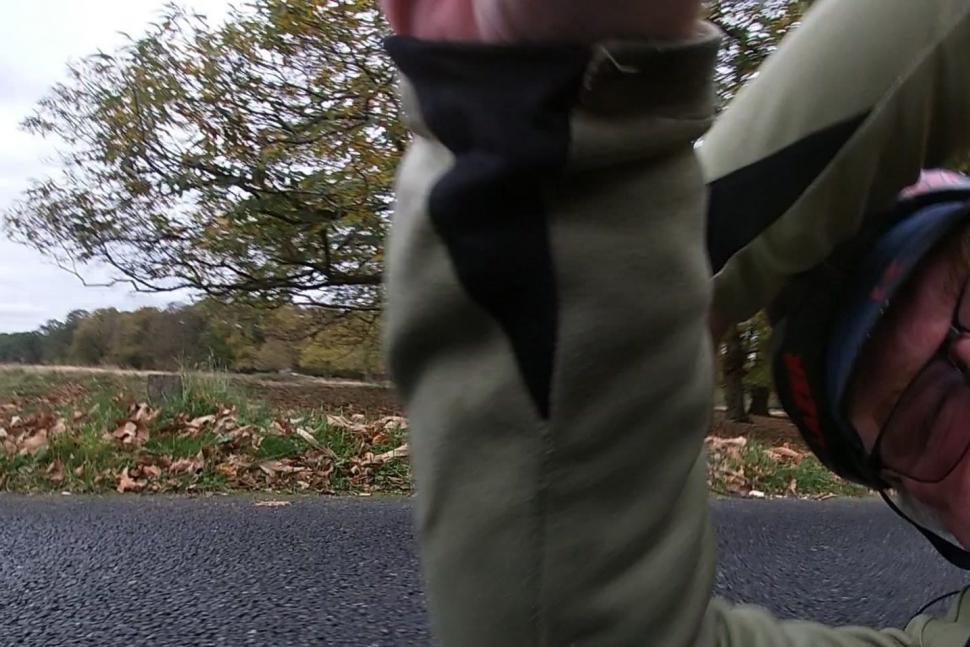 “If the weapon had been a knife or baseball bat the driver might be looking at a prison sentence”: anger over hit-and-run driver's assault on cyclist

Updated to include post-sentencing quotes from David Williams.

A hit-and-run driver who knocked a cyclist off his bike in London’s Richmond Park has been fined for careless driving – although many who have viewed footage of the incident now posted on Twitter have expressed shock that the charges the motorist faced were not more serious, given that it appears to have been a deliberate act. The victim himself has said that “if the weapon of choice had been a knife or baseball bat the driver might be looking at a prison sentence.”

He said at the time that a slow-motion edit of the footage he had captured left him in no doubt that the driver knocked him off his bike on purpose.

The driver, Adrian Stephney, appeared at Lavender Hill Magistrates’ Court on Wednesday and pleaded guilty to driving without due care and attention.

According to the Twitter account of the Metropolitan Police Service’s Royal Parks Police unit, he was fined £418 fine and ordered to pay £110 costs as well as a £42 victim surcharge. His driving licence was also endorsed with 6 penalty points.

A driver has been convicted at Lavender Hill Magistrates Court for driving without due care & attention after he collided with a cyclist in #RichmondPark He was fined a total of £570 and given 6 points on his driving licence (£418 fine, £110 costs, £42 surcharge) pic.twitter.com/NzvAqVntaF

Now that the court case has concluded, Williams, who had been returning home to Long Ditton through the park after leading a cycle training session in Mortlake, has posted footage of the incident to Twitter.

The highlights of a lunch time ride in Richmond Park in November. Apparently, this is only careless driving. https://t.co/QvfPbdLNJe

In a statement sent to road.cc following sentencing, Williams said: “I am pleased the criminal case has concluded and I am grateful for the help and support of the Parks Police officers in this matter.

“I believe that I was assaulted in a moment of rage by Mr Stephney and if the weapon of choice had been a knife or baseball bat the driver might be looking at a prison sentence.

“This and other cases highlight the casual acceptance of road violence by the justice system and society in general.

“In the UK approximately five people per day are killed and many more are seriously injured as a consequence of dangerous driving yet it seems to be accepted as ‘one of those things’, a cost of doing business.

“Driving a motor vehicle is judged to be a right, not a privilege that should only be afforded to those that keep other humans safe.

“I endured nearly 3 months of pain and discomfort, I wasn’t able to work for much of that time with the consequential loss of income in the run-up to Christmas which caused anxiety and disappointment.

“I am lucky I have a support network who could help me day to day because I am a father, husband, brother and son, all those things that my family came close to losing.

“Three weeks after getting back on the bike, I was hit again by a driver coming too close, there was no intent or serious physical injury that time but more anguish at what might have been at the actions of another driver whose entitlement valued moments of their life more important than all of mine.

“Both events have severely shaken my confidence to keep myself safe on the roads of SW London,” he added.

A number of people on Twitter expressed incredulity that the charges brought against the driver by the Crown Prosecution Service (CPS) were not more serious.

That's how I saw it, and the people behind

And, on top of this, any use of a car to deliberately cause a collision should be assault or attempted murder - because that's what it really is.

I wouldn't assume @MPSRoyal_Parks would be happy with that charging decision, tbh. It's CPS who make that call.

At the time of the crash, Williams told Kingston Nub News: “I have had some close scrapes in my time, but this is one where we came off second best.

“I was heading along Queens Road in the park towards Pembroke Lodge. Traffic levels were fairly normal and several cars went past me at a safe distance, although maybe faster than they should have been going.

“This one car, a blue BMW, went past me and was really close. I slapped the boot to let the driver know how close he had been.

“He immediately braked quite sharply. I wasn’t able to stop but filtered along the road between the car and grass and ended up in front of him.

“Immediately, he then accelerated and came alongside me – about a foot away. I rapped on his roof to make the point he was too close and get him away.

“He accelerated again and swerved in towards me, knocking me off balance and I fell right onto my shoulder into the road. He then sped off down the hill.

“I was lying on the ground in shock and pain. Several people, including the drivers behind, stopped and came to help me. Luckily an ambulance was coming up the hill towards me and they stopped.

“Within a couple of minutes the paramedics were helping me. I was lying on the floor for 20 minutes or so, they put a sling on my arm and I was taken to Kingston Hospital.

“The people in the other cars behind me were shocked. This was not an accident. They probably thought they wanted to scare me, but the consequences are very serious for me.

“My head hit the floor quite hard and my helmet is now finished as it has a big crack in it.”

His injuries, which besides the broken collarbone included severe bruising, forced Williams to take several weeks off work and he confirmed in a tweet that he is pursuing the driver for compensation through a civil action.

1
Near Miss of the Day 794: Driver passes cyclists signalling right — police suggest riders should have turned quicker
2
Cyclist's severed foot found on hit-and-run suspect's car as driver arrested
3
"Someone could be killed": Path users blame speeding cyclists for New Forest danger
4
"They said give us the bike or we stab you": Another cyclist targeted by motorbike-riding muggers on popular route out of London
5
Youth charged with attempted murder after woman stabbed while cycling
6
33 bikes that feature Shimano’s new 105 Di2 groupset from Bianchi, Ribble, Cervelo, Mason, Fairlight + more
7
Land’s End to John o’Groats cyclist dies less than 30 miles from finish
8
New Giant Propel to debut at Tour de France