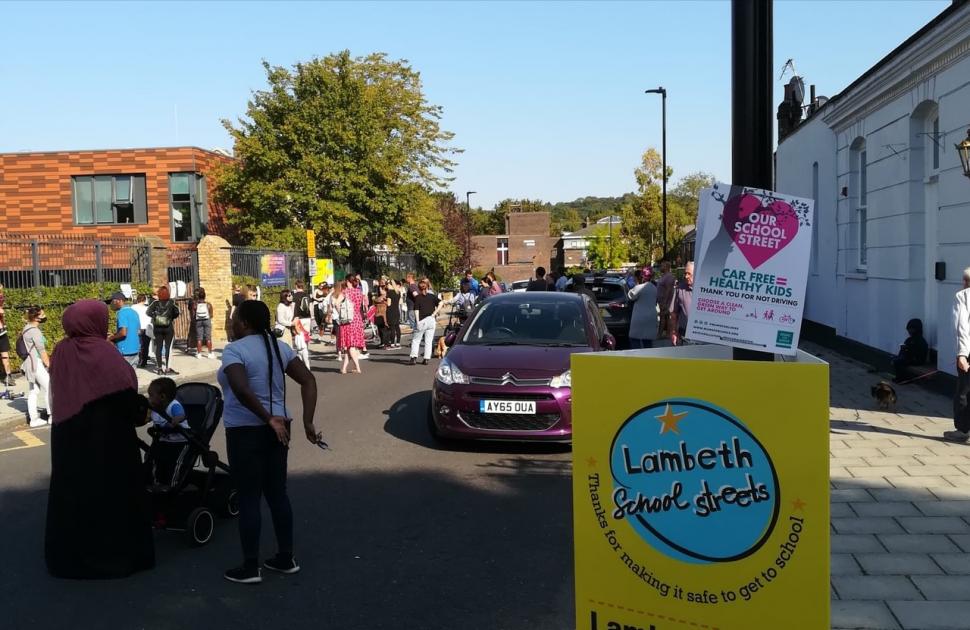 As children return to classrooms, research shows only a quarter of councils outside London have School Streets
by Simon_MacMichael

As schools across England reopen today, campaigners have warned that many local authorities across the country are ignoring government guidance to encourage active travel through measures including putting ‘School Streets’ in place.

School Streets restrict motor vehicles outside schools at drop-off and pick-up times and apply to both school and through traffic, while typically continuing to permit access for people living there.

Local authorities can create them by using traffic management orders to turn roads outside schools into pedestrian and cycle zones, in line with the government urging people to switch to active modes of travel due to the coronavirus pandemic – a point reiterated just yesterday by secretary of state for transport Grant Shapps.

With schools fully reopening tomorrow we all need to do our bit to ease pressure on public transport, so I'd urge any parents + pupils to 🚴 or 🚶‍♀️ to school if they can! As a healthy / fun way to commute it helps make sure those needing to use public transport can do safely.

Last year, ahead of restrictions brought in during the first national lockdown being eased, the government issued statutory guidance to local authorities in which it said it expected them “to make significant changes to their road layouts,” including “Encouraging walking and cycling to school, for example through the introduction of more ‘school streets.”

However, research from the campaign group #BikeIsBest – launched last year by leading brands, retailers and organisations within the UK cycling industry – has found that little more than one in three local authorities have set up School Streets.

Responses were received from all but eight of the local authorities approached, with results showing that only 36 per cent – dropping to 24 per cent outside Greater London – said they have any School Streets in place at the moment.

Outside the capital, at present there are only 107 School Streets across the whole of England, and only 18 local authorities said that they have plans to introduce them. 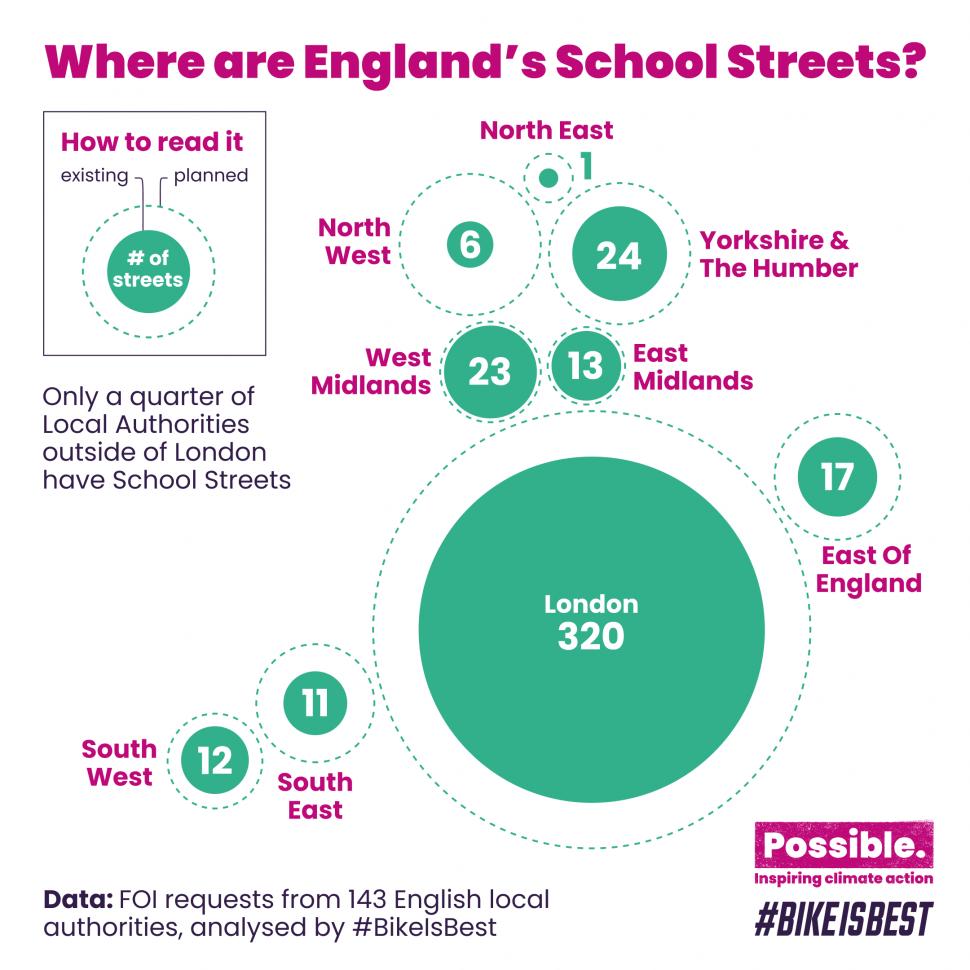 Adam Tranter, founder of #BikeIsBest and Bicycle Mayor of Coventry, said: “This new data is extremely concerning. Every day at #BikeIsBest we see the joy and convenience that cycling brings to children across the country.

“We know that without a safe and traffic-free environment, many kids simply won’t have the confidence to cycle. School Streets are great policy but many local authorities outside of London have missed yet another key milestone in enabling an active travel revolution to improve air quality.

“As schools fully re-open, many parents want to continue avoiding public transport and continue the active travel habits built in 2020.

“We’re at a vital moment to ensure that as many of those journeys can take place by cycling, walking or scooting.

“We hope that the release of this new data will encourage as many Local Authorities as possible to implement School Streets, fulfilling the grassroots demand for safer streets for our children," he added.

While councils in London can use CCTV to enforce school street, ones outside the capital cannot until the transport secretary gives his consent under section 6 of the Road Traffic Regulation Act 1984. The Department for Transport said in January that it is “committed to providing local authorities outside London with the powers to enforce these,” with a timetable to follow “in due course, and Leo Murray, director of innovation at Possible, called on Shapps to give councils outside London the necessary powers to use cameras on School Streets to ensure motorists comply with school streets.

“It has been fantastic to see the government champion School Streets with new funding and guidance for local authorities during the Covid crisis,” he said. “They’re a fast, low cost approach to reducing traffic harms that enjoys uniquely high support across the political spectrum.

“But outside London their rollout is stalling; we need local authorities to start trialling School Streets now using the tools they have, and we need the government to give them the powers they need to use cameras to enforce them sustainably in the long term.

“Ministers have already promised to fix this – but what schools and local authorities need now is a clear date for when this is going to happen,” he added.