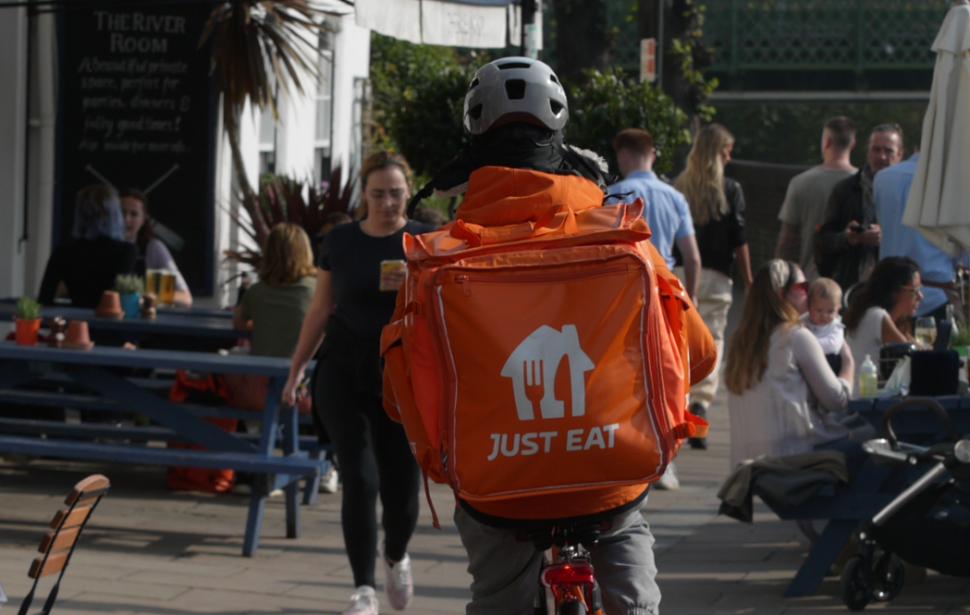 A cyclist working for Just Eat has spoken of how she was pushed off her bike by a jogger on a canal in Birmingham.

The incident happened at around noon on 12 October on the Worcester & Birmingham Canal at Selly Oak with the rider, 23 year old Josie Bennett, who was dressed in a Just Eat uniform and riding one of its bikes, hitting the towpath head first.

Ms Bennett, who is a student at the University of Birmingham, was treated in hospital for concussion, bruising and grazing after the assault, and is now considering giving up her part-time job with the food delivery service.

Speaking to Birmingham Live, she said: “What was his motive ? It was vindictive. I was way out of his way, not going too fast, I don't know who he was.

“There was no one else around except for this gentleman jogging. He jumped in front of me and he shoved me over the handlebars. I went over and hit the pavement head first, really hard.

“If I hadn't been wearing my helmet, I don't know what would have happened. There was a dent in the foam.

“I was quite dazed for a second and I heard him laughing and he ran off as I was getting my bearings.

“I assessed myself for injuries in case I had an injury to my spine. I called the police and then my workplace. Some friends from Oak Tree Lane came and we waited for an ambulance.”

In the end, she walked 15 minutes to the Queen Elizabeth Hospital for treatment.

I'm considering leaving my job over this,” Ms Bennett added. “When you are a Just Eat rider and you follow all the rules of the road, you still get so much abuse. You get people nearly running you over all the time.

“I don't know why he targeted me. He was just laughing like it was a big joke.”

The assault happened on the same day as a cyclist was robbed of his £3,500 bike by a masked gang as he rode home from work along a canal in the Small Heath district of the city.

West Midlands Police said: “We were called just after 1pm on Tuesday 12 October by a delivery driver who told us that a man had just pushed her off her bike as she rode down a canal towpath. Thankfully, she wasn’t badly injured.”

In response to the assault on Ms Bennett as well as the recent robberies of bikes on the city’s canals, police have stepped up their patrols on Birmingham’s towpaths.