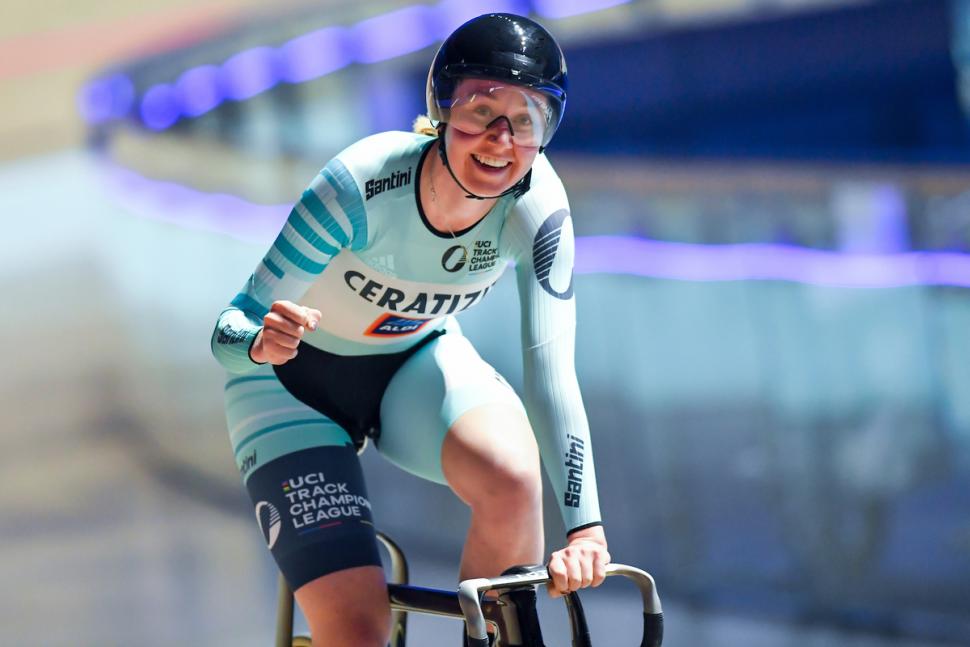 The velodrome at Lee Valley VeloPark, built for the London 2012 Olympic and Paralympic Games, will once again welcome top class action on the track this forthcoming weekend when it hosts the fourth and fifth rounds of the UCI Track Champions League, the new competition that has got underway this season.

Hailed as heralding an “exciting new era” for track racing by British Cycling, with other events in the coming years including Glasgow hosting the first ever multidisciplinary UCI World Championships in 2013, fans at the east London venue next week will have the chance to see stars including Olympic gold medallist Katie Archibald.

The rider from Milngavie in Scotland leads the women’s endurance league in the competition after powerful performances in the opening rounds in Mallorca, Spain and Panevėžys, Lithuania in recent weeks.

“I thought I knew what to expect going into the Track Champions League, but, if I’m honest – from the buzz of the velodrome, the talent I was up against – everything exceeded my expectations,” said the two-time Olympic and four-time world champion.

“I’m really looking forward to seeing what I can do in London,” continued the 27 year old.

“I’m so privileged to be able to do something I love and race my bike, and with so many events on coming up – not only for the trackies like me – I’d absolutely encourage anyone to thinking about finding out what cycling is about to check it out for themselves. For any competition I’m not racing in, I will be!”

Limited tickets are still available for the Friday session of this weekend’s event, which will combine a mixture of sprint and endurance events to determine the world’s top male and female racers in each discipline.

British Cycling’s Commercial Director, Darren Henry, said: “With London so close to selling out, it feels as if the UCI Track Cycling League marks the beginning of an unforgettable time for cycling in the country.

“The ticket sales for London show that, if track cycling has a home, it’s in Great Britain and fans in the UK can also look forward to the HSBC UK National Championships in Newport (28 – 30 January) and the Tissot UCI Track Nations Cup in Glasgow (21 – 24 April).

“There’s definitely a place in the calendar for punchier, short-race formats like this to appeal to diehard spectators as well as new fans watching track cycling for the first time and I’m very proud that British Cycling has been able to play a leading role in bringing this new format to life.

“We’re getting ready to host some of the biggest competitions in the cycling calendar – with the Tissot UCI Track Nations Cup in Glasgow and Commonwealth Games happening in spring and summer next year, before the UCI Cycling World Championships in 2023 and a potential Tour de France Grand Départ in a few years’ time.

“All incredible events in their own right, it’s so important that we will back this up by supporting the development of all our disciplines through our long-term plans and provide as many people as possible with the opportunities to take part or watch this great sport.”