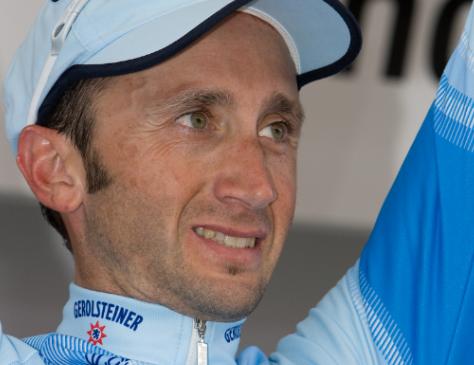 Lorry driver who killed Davide Rebellin reportedly got out of cab, looked at dead cyclist, then drove off

The lorry driver who ran over and killed Italian former professional cyclist Davide Rebellin on Wednesday is reported to have got out of his cab, looked at the victim, who was killed instantly in the crash, then drove off.

Rebellin, who retired at the end of the season at the age of 51 following three decades as a professional rider, had been on a training ride when he was struck and killed by the truck driver who was reportedly exiting a slip road on a roundabout in Montebello Vicentino, in the northern Italian province of Vicenza.

The roundabout is located next to a bar and restaurant that is used by lorry drivers, and is also close to a truck wash, as well as being adjacent to the A4 Trieste to Turin motorway.

The Italian news agency ANSA reports that eyewitnesses took pictures of the lorry as the driver, a German national aged 62, fled the scene at speed, and that he has been identified following an investigation in which police in Germany co-operated with Carabinieri investigating the crash.

However, he has not been placed under arrest because unlike in Italy, there is no crime of “omicidio stradale” – “traffic homicide” – under German law, with the driver fleeing to his home country following Wednesday’s events.

According to ANSA, the lorry driver, who works for a haulage firm owned by his brother in Recke, North Rhine-Westphalia, has two prior convictions in Italy.

The first of those relates to an incident in Foggia, Puglia, in 2001 in which he was subsequently convicted of fleeing the scene of a crash without stopping to give assistance to people involved in it.

The second incident, in 2014, saw him banned from driving after traffic police in Chieti, Abruzzo, found him drunk at the wheel of his lorry.

1
Conor McGregor knocked off his bike... and gets a lift home off the driver who hit him
2
167 cyclists – and just four drivers – fined in police crackdown during Tour Down Under
3
Fancy a 3D-printed saddle custom-made for your butt? Plus more tech news from DT Swiss, Giant, 3T, Chris King, Classified, Stages & more
4
Cyclist hit by truck driver has compensation cut after judge says lack of helmet contributed to injuries
5
Councillor calls for anti-bike barriers to prevent “dangerous” cyclists “zooming across” foot tunnel
6
Town council says “restrictive” RideLondon sportive not wanted – because locals “can’t get out of their own road”
7
“Cyclists welcome – just in the right place”: Coastal path upgrades set to be shelved over concerns about environmental impact and “speedy cyclists”
8
Near Miss of the Day 846: Motorist escapes punishment for extreme close pass and deliberately reversing into cyclist