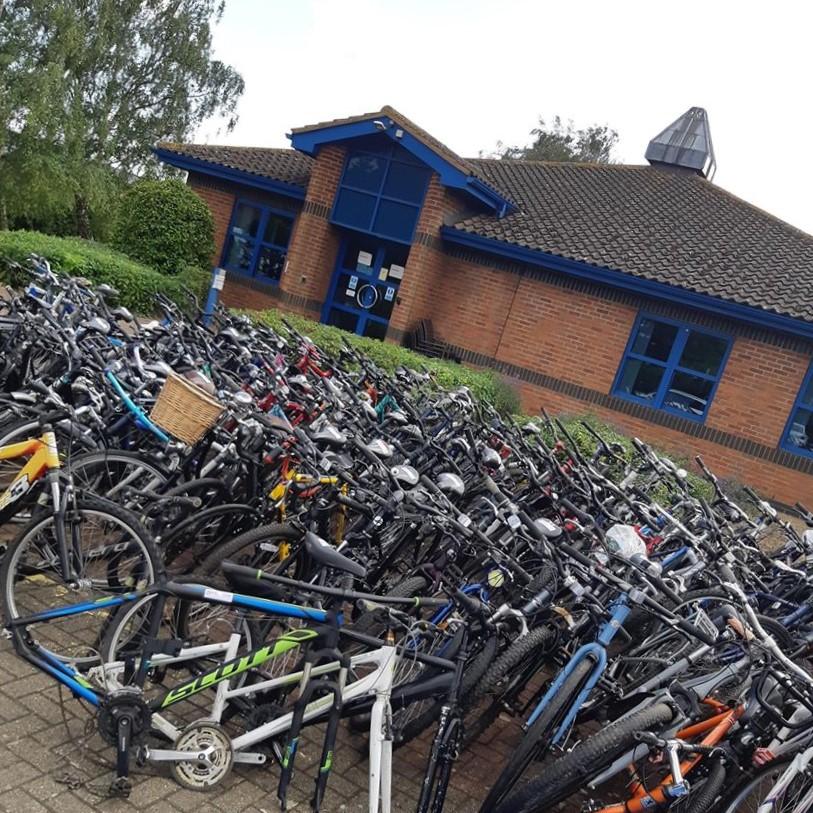 Police following up report by theft victim of his bike being sold through social media got a surprise when they arrived at vendor's address...
by Simon_MacMichael

Police in Bedford following up a report from a cyclist that his stolen bike was being sold through social media got a huge surprise when they arrived at the advertiser’s address – finding more than 100 bikes there that are believed to have been stolen.

In a post on Facebook, accompanied by a picture of dozens of recovered bikes, Bedfordshire Police said that a 41-year-old man had been arrested on suspicion of handling stolen goods and has been released under investigation while enquiries continue.

Investigating officer PC Jade Kilbey said: “This was a proactive arrest carried out off the back of intelligence provided by a member of the public who had been a victim of bike theft.

“The number of bicycles we have recovered is significant and it would be great to be able to reunite some of them with their rightful owners.

“We would urge anyone who has had their pedal cycle stolen within the Bedford area in recent weeks to get in contact with the make, model, colour and serial number of their bike, along with any other distinguishing features."

The force says it has received “an overwhelming number of calls” from people hopeful that their own stolen bikes may be among those that have been recovered, and is asking them not to call the non-emergency number 101 due to the volume of calls received.

“We are experiencing an extremely high level of response to this so please be patient whilst we investigate each report,” Bedfordshire Police added.