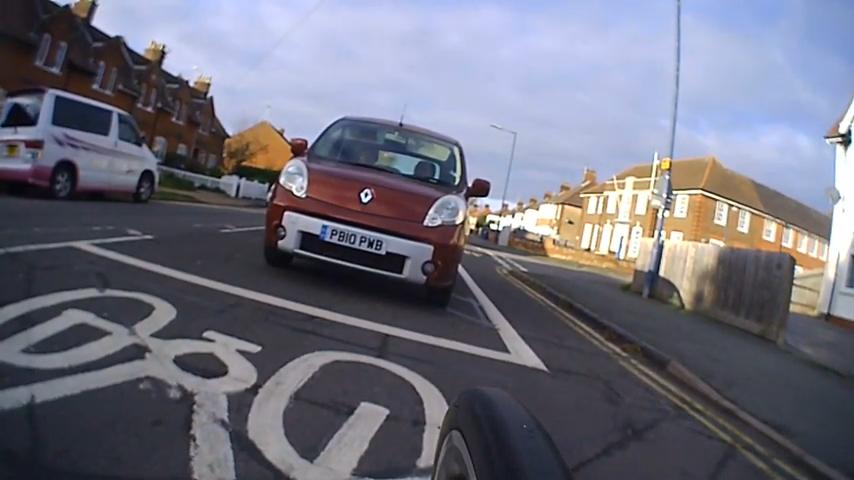 Near Miss of the Day 696: Driver overtakes cyclist so closely that wing mirror hits rider

Our regular series featuring close passes from around the country - today it's Suffolk...
by Simon_MacMichael

Not so much a Near Miss of the Day this one, given that the driver passed the cyclist so closely that the car’s wing mirror actually made contact with the rider – not that the vehicle’s occupants seemed too concerned about the incident.

Rich, the road.cc reader who sent us the footage, said: “This was in Felixstowe, Suffolk a few weeks before Christmas.

“I was out for a few miles, first time off the turbo for a bit, took primary at the lights, and held it after the lights for the upcoming traffic island and roundabout, and the driver passed so close my elbow pushed his wing mirror in.

“As they continued, the passenger leaned out and pushed the mirror back into place, but apart from that they showed no awareness of the incident at all.”

He added: “Ironically it was outside a police station, but I missed the seven-day cut off for submission.”