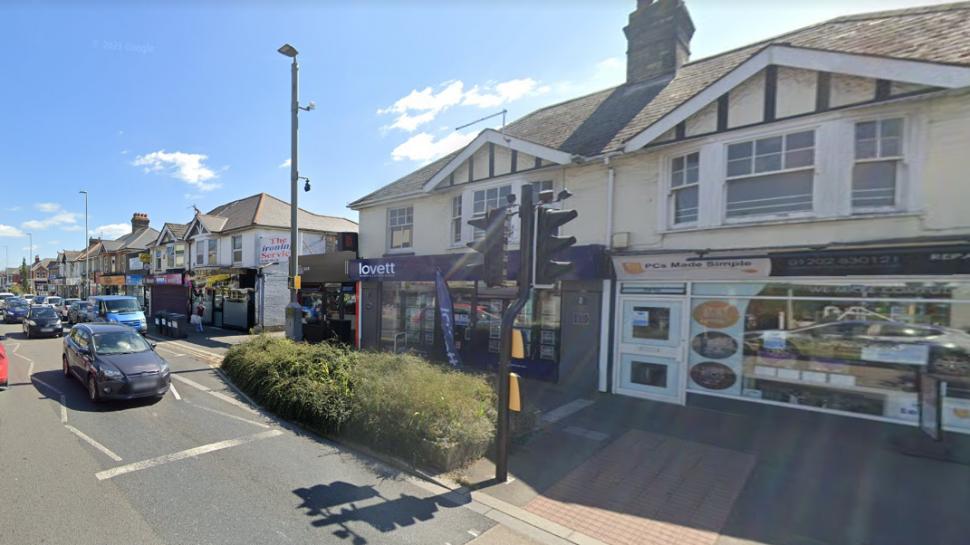 UPDATE: A man in his 60s has attended a voluntary police interview and been released under investigation
by Dan Alexander

UPDATE 9/8/2022: Dorset Police have confirmed a local man aged in his 60s has attended a voluntary police interview. He has been released under investigation as officers carry out further enquiries.

Police in Dorset have released a picture of a man, captured by a cyclist's helmet camera, who is alleged to have assaulted the rider, pushing him against a wall and throwing his bike into the road after confronting him about riding on the pavement.

The victim aged in his 20s was unknown to the man [pictured below], and suffered an injury to his shoulder that did not require medical treatment. His bike was also damaged during the incident in Poole last month. The alleged assault happened at around 9.35pm on Wednesday 15 June on Ashley Road near Nuudle Bar in Poole and was captured by the rider's helmet camera, prompting the police to release an image from the footage as part of the investigation.

It shows a man believed to be in his 60s with grey hair and wearing an open-necked light blue shirt and navy blue suit trousers as he charged towards the cyclist.

Adam Cleaver, a spokesman for Poole Police said: "I have been carrying out a number of enquiries into this incident so far and am now in a position to issue an image of a man I would like to identify.

"I would ask anyone who recognises him to please contact Dorset Police."

Yesterday, we reported Dorset Police had confirmed it was investigating footage of another incident near Bournemouth, this time involving the driver of a car towing a caravan hitting a cyclist following a close pass dispute.

Dorset Police confirmed officers attended a report at 10.43am on Saturday 9 July 2022 of a collision involving the driver of a car towing a caravan and a cyclist on Parley Lane in Christchurch.

The collision came at the end of the footage, moments after one of the other cyclists in the group's rear-facing camera had recorded the driver apparently sounding their horn as they overtook the group, who were travelling at close to 40km/h.

"The cyclist sustained minor injuries that did not require hospital treatment. An investigation is underway to establish the full circumstances of the collision and enquiries are continuing," Dorset Police told road.cc.