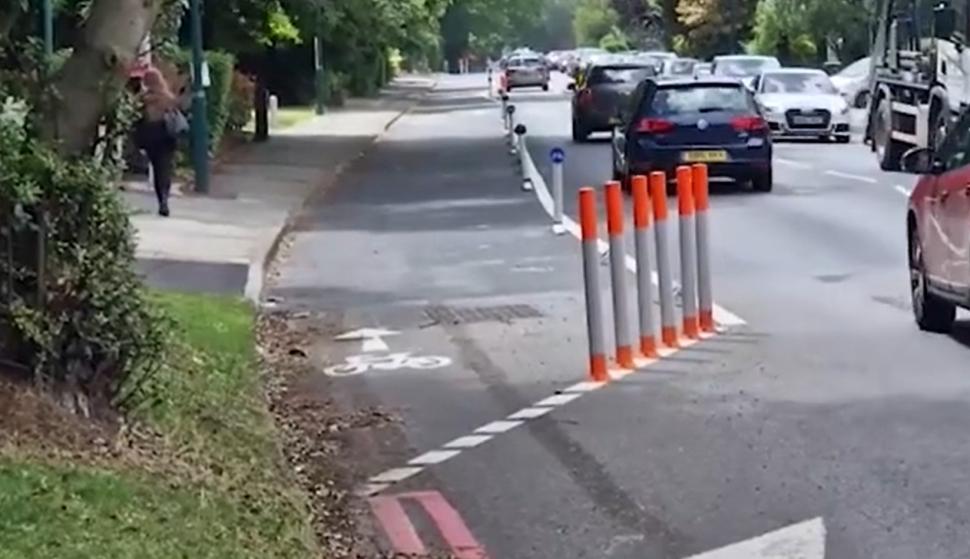 "Ridiculous" segregated cycle lane under fire from club cyclists — but will it encourage more people to ride?

The three-metre-wide two-way cycle lane has been labelled unsafe and unnecessary by some, although Adam Tranter, West Midlands Cycling and Walking Commissioner, says less-confident riders "appreciate this set-up"...
by Dan Alexander

A major new West Midlands segregated cycle lane installed in April has attracted criticism from local riders who say it is "ridiculous" and "dangerous", however the council and the area's cycling and walking commissioner insist it has been designed to encourage less-confident cyclists.

BirminghamLive reports the first phase of the two-way three-metre-wide Solihull cycle lane links the town centre, retail parks and surrounding villages, and while the council says it will "encourage local people to get active" and is "safer than traditional cycle lanes", some local club cyclists disagree.

The Blossomfield Road lane replaced the painted cycle lanes (seen below in April 2021) which UK-based riders will be all too familiar with. 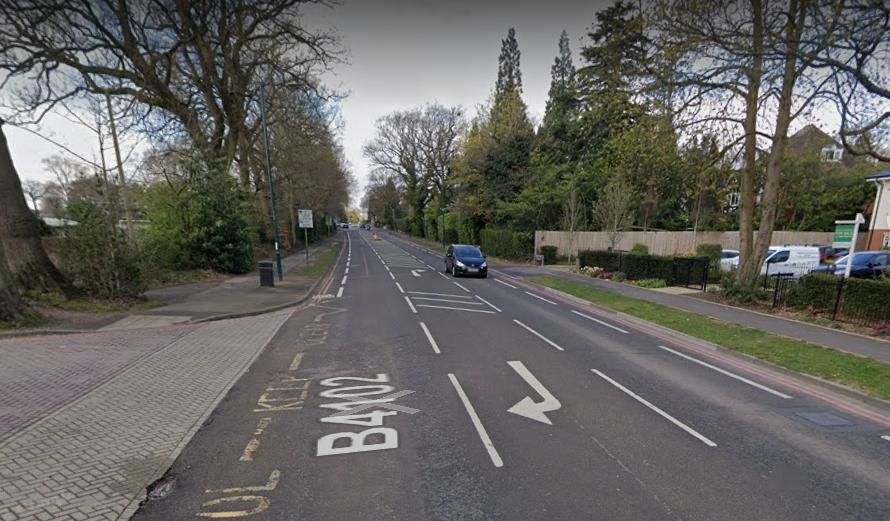 However, speaking to the local news website, two members of Solihull Cycling Club said the new infrastructure is "not designed for cycling".

"It's not designed for cycling, especially heading into town," one of the club riders said. "You're heading into traffic. It's stop-start, you're having to take your feet out and come across [to where the cycle lane resumes on the other side of the road]. The [old] system wasn't broken."

The other added: "It's not ideal, if you're travelling into town, when you do use it, you're having to come across, potentially into the path of people coming out of town. It's not particularly safe, my worry is the build up of debris, unless they sweep it regularly, it's the ongoing maintenance of it really.

"I imagine pot holes are going to develop at some point and the road surface is going to deteriorate."

BirminghamLive visited the site to film a video of the infrastructure, available on their news story, which shows some bike lane wands already missing, a series of wands narrowing the entrance to the lane (presumably to stop motorists using it), and pinch points with raised speed bumps to allow those waiting at bus stops to walk across the lane to the road.

In other places, cyclists must dismount and cross the road at a pedestrian crossing to continue to use the lane on the other side of the road.

And while acknowledging the benefits of the infrastructure for families, they suggested it could lead to other problems. "The only time I used that bike lane was on my way to a time trial, so I was in my full race getup. Two scallies on mountain bikes coming the other way decided to swerve in front of me then narrowly miss a head-on collision," the second rider continued.

"They clearly did this on purpose. If this happens to me on my first and only time using it I can't imagine what it's like for other cyclists who perhaps aren't so confident."

When asked if the infrastructure was revolutionary, one of the riders quipped, "It will cause a revolution". Both say it is "dangerous" and choose to avoid the lane or use alternative routes

However, West Midlands Cycling and Walking Commissioner, Adam Tranter, addressed the comments, saying: "In truth — experienced cyclists who are cycling faster speeds, are more confident or are riding in groups, may prefer to continue to use the road, which is their right and totally acceptable under the Highway Code.

"We know that more people want to cycle in the West Midlands but don't feel it's safe enough. Two-way cycle tracks like this one give dedicated space away from cars and we find people less confident appreciate this set-up. The plan is to continue to develop and expand the route based on future funding and feedback can be taken into account for improvements."

Solihull Council's cabinet member for environment and infrastructure, Cllr Ken Hawkins, believes the lane will attract users of all ages and abilities, and suggested the infrastructure is not necessarily there for more experienced riders.

"We have been able to create these three-metre-wide two-way cycle lanes by altering the existing road space and our engineers have also ensured that they can be used flexibly in case of emergencies," he told Birmingham Live.

"More confident and experienced cyclists who would rather cycle at speed on the road with cars and buses still can. The cycle lane has been created in order to offer another option and encourage less-confident cyclists.

"It is really important that as a council we provide choices, encourage and support cycling and walking in many different ways so that travelling without polluting the borough or using up the earth's finite supply of oil is a workable option for people."

"It starts by Tudor Grange and only goes to the Co-op. The money would have been much better spent on creating cycle paths on roads which do not have them. The old cycle lanes seemed to work much more efficiently and safer," she said.