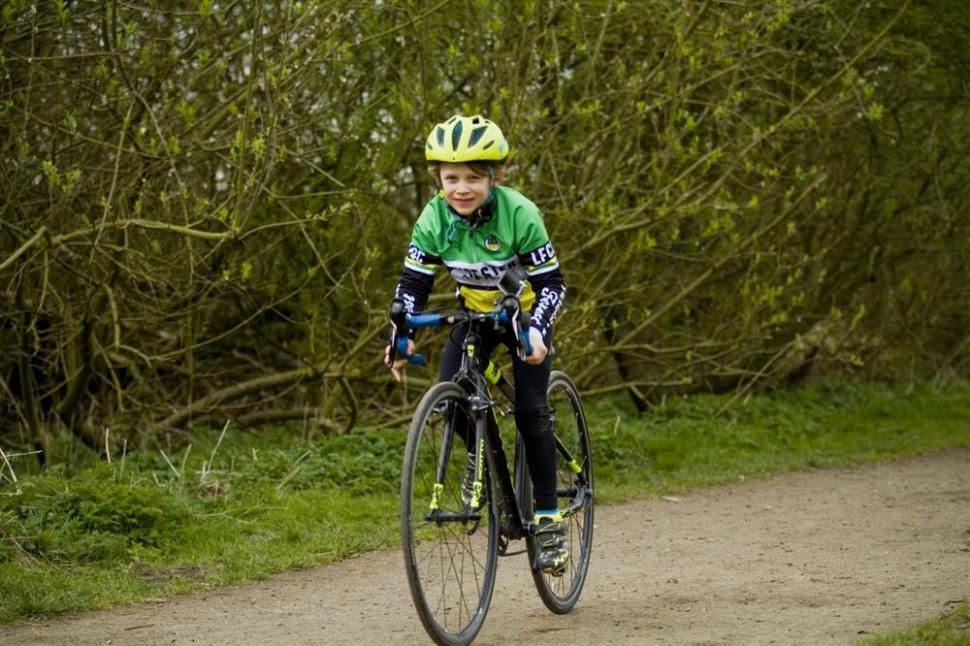 Seven-year-old boy cycles London to Paris raising £35,000 in memory of his dad

"Cycling makes me feel good": Rupert Brooke completed the 200-mile challenge in aid of the Children's Bereavement Centre to support other children who have lost parents...
by Dan Alexander

Earlier this summer seven-year-old Rupert Brooke completed London to Paris — a 200-mile bucket list ride for many cyclists — in memory of his father and raising £35,000 for a child bereavement charity in the process.

Becoming the youngest known person to complete the challenge, Rupert tackled the route over four 50-mile days, "breezing" into Paris on July 14. Donations on the Rupert's Mega Ride JustGiving page have since smashed the £30,000 target, sitting at £34,473 at the time of writing.

Remembering his dad, Tom, who died three years ago in an accident at work, Rupert told the Independent: "Cycling makes me feel good."

"My daddy taught me how to ride a bike and we used to ride together before he died. Riding my bike reminds me of my short time with my daddy and that's why I did the ride from London to Paris. I wanted to raise money to help lots of other children like me, and to show my daddy that I can do it."

Rupert was joined by his mother Jess on the ride to raise funds for the Children's Bereavement Centre in Newark, Nottingham, where the family has been supported.

"I am unbelievably proud of Rupert. Cycling has been a great focus for him since we lost his dad and he is a really strong cyclist," she said.

"The bike ride from London to Paris went really well and it was just like going on a normal bike ride. Rupert found one part of the ride difficult when we went through Ditchling Beacon in South Downs as that is tough. But apart from that, he thoroughly enjoyed it and cruised into Paris as though he had lots more energy in the tank.

"It is incredible how much money he has managed to raise and it has been really good for him."

Returning from the challenge Rupert rode a lap of honour alongside Ed Clancy at the Newark Town Centre races.

Rupert's JustGiving page explains how "the Children's Bereavement Centre in Newark has been there to help us all along. They supported my mummy and me through our saddest times. They helped me to understand the difficult feelings I was having and introduced me to other children who know how I feel so that we could have fun together and feel less alone."

Updated following the ride: "We never expected to raise close to this amount when Rupert's Mega Ride was first dreamed up, let alone see donations come in from all corners of the world. Thank you so much to everyone for getting behind Rupert — it really is amazing and so appreciated."