German ultracyclist carries on, but her dot is missing from the live tracker for now
by Simon_MacMichael

Fiona Kolbinger, defending champion of the Transcontinental Race, has had her purse and tracker stolen while she was sleeping in Czechia early this morning, organisers have said.

The 27 year old, who works as a surgical resident at the University Hospital in Dresden, was a surprise winner of the seventh edition of the race in 2019 – the last time it was held, with the coronavirus pandemic forcing its cancellation during the past two years – and was the first woman to take victory in it.

> Who is Fiona Kolbinger? The medical student who has become the first woman to win the Transcontinental Race

She reached Control Point 1 in Krupka, Czechia, close to the border with Germany, a little under five hours behind the first rider across, Ulrich Bartholmoes and had begun heading south towards Control Point 2 at the Passo di Gavia in Italy when she stopped for a rest.

In a series of tweets this morning, organisers of the race revealed that she had been the victim of theft overnight, adding that she had decided to continue to ride on.

...someone took her purse and her tracker while she was asleep in Zatec. The purse has been recovered, but not the tracker. She went to the police, blocked her cards, and has decided to continue her race. We won’t be able to watch Fiona until she reaches CP2...

...She is aware she must maintain evidence of her route to submit to Race Officials post race. Our main concern is that she is safe and healthy. I am sure you’ll join us in wishing her well as we look forward to seeing her for reappear on the map at CP2 #TCRNo8 #Transcontinental

As of 1000 BST today Kolbinger’s dot, bearing the number 1, still appeared (in inactive mode) on the race’s live tracker but has since disappeared. 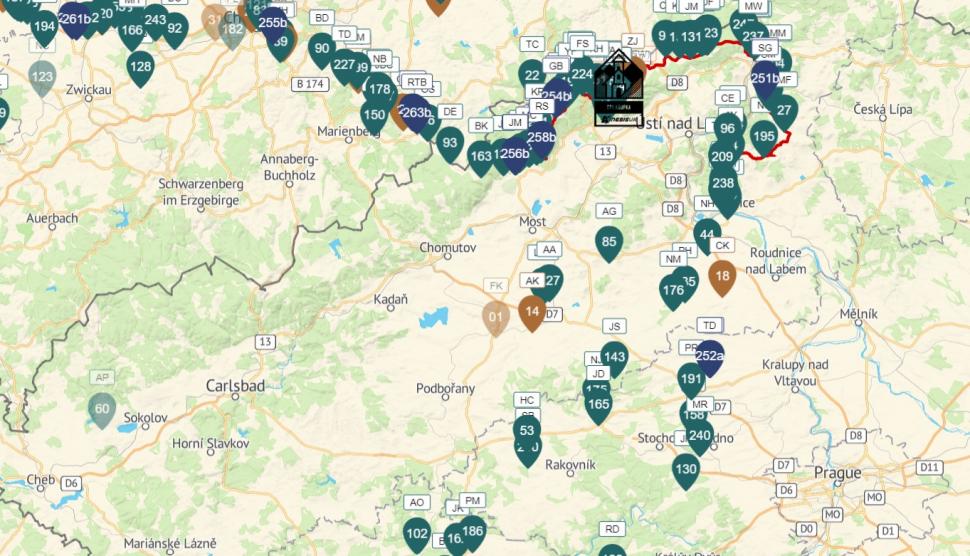 As with most other ultracycling races, trackers are used to enable organisers and fans to keep tabs on where riders are in real time.

However, as road.cc contributor Jo Burt, who took part in the 2017 Transcontinental Race, points out, “A topic that comes up too often, especially with female riders doing this sort of thing is the tracker showing people where you are; for all its safety upsides for a female cyclist it can have a worrying aspect, in some cases they have asked if they can be disabled when they’re stopped at night.”

Meanwhile, Control Point 1 leader Bartholmoes is one of a trio of riders at the head of the race who are currently on the outskirts of Munich, the other two being Robin Gemperle and Adam Bialek, each having covered nearly 1,500km so far.

The fully unsupported race, in which riders are free to devise their own routes but must pass through four mandatory checkpoints, finishes in Burgas on Bulgaria’s Black Sea coast.

Following the Gavia, Control Point 3 is at the Durmitor National Park in Montenegro, while Control Point 4 comes in the Parâng mountains in Romania.