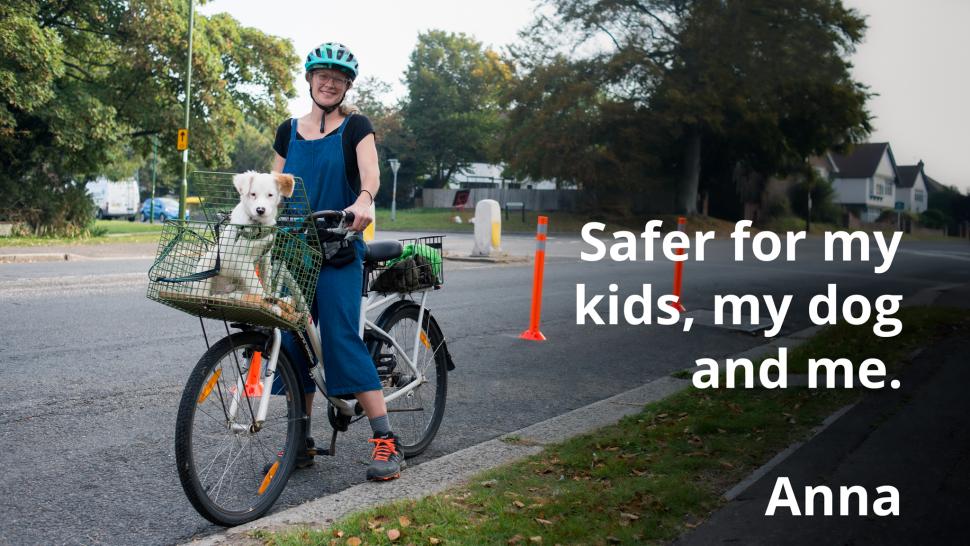 A popular pop-up cycle lane is at risk of removal despite having as much as tripled cycling levels without impacting car journeys and enabled potentially hundreds of children and NHS staff to cycle in safety. The cycle lane on Upper Shoreham Road, in West Sussex, even featured on a government video promoting cycling investment last week.

The pop-up cycle lane, at Shoreham-by-Sea, was installed, protected by plastic wands, at the beginning of September, one of five in the county funded by the government’s Emergency Active Travel Fund, and cycle counters have recorded increasing usage ever since – even into November.

Those supportive of the scheme say while there are missing sections, and cars parking in the lanes, along with an unnecessarily high loss of parking along its route making it unpopular with drivers, these issues could easily be fixed. Campaigners are concerned the decision by the council’s cabinet member for highways, Roger Elkins, to remove the lanes was made before construction had even finished. This decision will be reviewed by the council’s Scrutiny Committee on Wednesday.

UPDATE: On Wednesday the council voted 6:2 for Cllr Roger Elkins to reconsider his decision to remove the pop-up cycle lane. His reason for wanting to do so was "These were temporary schemes at the time to alleviate public transport pressures. That has now been addressed therefore the requirements for the schemes are no longer a necessity" - as reported by local democracy reporter, Karen Dunn.

Mark Strong, a transport consultant who advises District Councils in West Sussex, told road.cc: “The scheme was clearly designed as a temporary scheme and has things that aren’t perfect but these could easily be fixed. A permanent scheme could be made better, it’s not insurmountable.”

“If tripling cycling isn’t good enough, what would be good enough? It’s like playing football in the fog when you don’t know where the goal is. There’s no way of knowing what’s good enough.”

Campaigners in the Shoreham-by-cycle group filmed interviews with pop-up lane users at the request of the Department for Transport (DfT), for a promotional video for the Active Travel Fund (ATF), which was released on Friday with the latest funding announcement for English councils. Many interviewees said they could or did not cycle in the area before, some had replaced car trips with cycling, and others felt safe cycling with children.

Adam Bronkhorst, of Shoreham-by-cycle, said: “We can’t work out why the decision has been made and how removing the lane would be making the road safer.”

A document produced by Shoreham-by-cycle, notes by the council’s own data the scheme is a success, and “journeys to school, to work, to shops, and for leisure have all been enabled”. The group has collected supportive comments from schools, community groups, cycling organisations, church spokespeople and residents’ associations for keeping the route, many of whom are baffled by the decision to remove the lane.

“We know it’s kids cycling to school because the afternoon peak [on the cycle counters] is 3pm and during half term the numbers dropped right down. You see so many school kids cycling and I’ve spoken to parents who’d normally drive, who are now cycling,” said Bronkhorst.

“We’ve got all these people on board but we’ve got this one guy making the decision [to remove it]. Any way you look at it, it doesn’t seem right.”

According to a council survey 51.23% of people strongly opposed the cycle lane “being made permanent in its current format” and 8.47% oppose it, a question that met with criticism, as it risks logging any stated desire for improvement of the route simply as opposition to the cycle lane in any form.

West Sussex County Council made a £4.7m bid to the Active Travel Fund (ATF) in the summer. The bid included £1.6m for two shared use foot and cycle path schemes, despite government advice shared use paths will not be funded, and £750,000 to make permanent the now scrapped pop-up cycle lanes. The government’s indicative funding for West Sussex, a preliminary sum, was £3,135,000, £1.6m less than the bid. The final allocation, announced on Friday, was a further £783,750 less - the biggest cut of any English council. West Sussex County Council says it hasn’t been told yet which schemes were funded with the allocated £2.35m.

Remaining on their original list of active travel schemes from the council’s website, however, is a pilot project for ‘school gate’ improvements, an ‘Active travel Improvements Programme’, monitoring of those schemes, and county-wide Bikeability training. The latter has baffled campaigners as full Bikeability funding for every child in England is already provided in a separate pot by central government, part of a package announced in February.

A West Sussex County Council spokesperson said: “A request to call-in the decision to remove the Government-funded, temporary cycleway in Shoreham will be debated by the Scrutiny Committee tomorrow (Wednesday, November 18). The Cabinet Member will consider the outcome of the meeting prior to final confirmation of the future of the scheme.”

This article was changed on 17 November to correct that the section of cycle lane in question is on Upper Shoreham Road, not Old Shoreham Road.