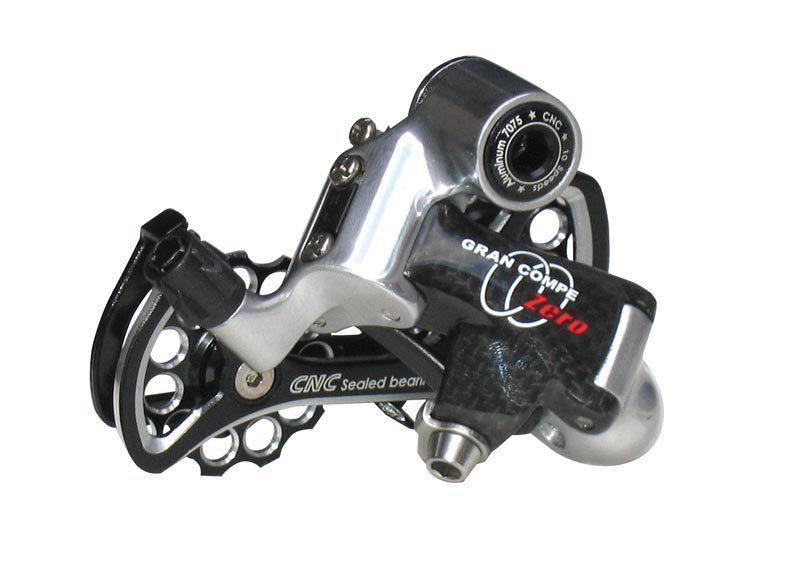 With CNC machined alloy and carbon construction, and weighing a very competitive 180g, Dia Compe's Gran Compe Zero is a competent and good looking alternative to Shimano's Ultegra and Dura Ace mechs. It's also compatible with, Shimano’s 10-spd Dura-Ace, Ultegra and 105 transmissions and it's SRAM compatible too according to Dia Compe – though not with SRAM's 10-spd lever – which doesn't make it sound like a definition of compatibility to us.

Finish seems equal to, even classier in places than its mainstream rival and certainly up to the rigours of road racing audax or sportives. As a direct transplant for a Shimano, fitting took twenty minutes and accepts commands from Dura Ace STI controls without hesitation, skipping cheerfully up and down an 11-23 ten speed cassette paired with 53/39 front rings. Replicating race conditions, it laughed at my wantonly careless shifting and wouldn’t be cajoled into misbehaving under considerable load so I reckon that it's well up to the cut and thrust of competition.

For the sake of experiment I also tried it on my rough stuff tourer with a more eclectic 14-24 seven speed triple configuration. By rights, the twenty- tooth variance in chain-rings should’ve been four teeth past its maximum but I was ultimately rewarded with crisp, slick and dependable shifting. To get there I had to over come some initial communication difficulties between mech and old Ultegra bar-end controls which took an hours’ concentrated effort in the workshop coupled with a further ten minutes roadside fettling but once set up it worked well. Marginally more generous cage width negated compatibility woes with eight-speed chains, suggesting you could use it with high end eight and nine speed transmissions.

Machined, ceramic bearing jockey wheels lacked the initial refinement of nylon but soon settled in and seem more efficient at shedding mud, dirt and other muck-extending horizons to posh crossers or more adventurous audax, although I’d be inclined in favour of something less exotic given the greater potential for breakage in cross racing.

Following our original review, UK distributors, Ison went back to Dia Compe an re-negotiated on price bringing this mech down from it's original £149.99 to £109.99.

So why would you buy one? Well, it's high end and it's different but you could get a 10-speed 7800 Dura Ace rear mech for similar amounts of money, (you can pick them up on the web from between £90 and £115) it is though much less costly than the latest 7900 incarnation of Dura Ace will set you back about £175. The latest Ultegra 6700 derailleur can be had for between £70 and £75 depending on whether it's the long or short cage version you are after. The Gran Compe is 30g heavier than Dura Ace 7900 it's even ever so slightly heavier than the Ultegra 6700 equivalent too - we're talking 4g on our scales so we really do mean ever so slightly. It's got to be said though that in performance terms there is nothing to choose between the Dura Ace 7900 rear mech and the Ultegra 6700 one. So in terms of performance and weight the Ultegra does look a good bet.

The Gran Compe's also faces competition as a Dura Ace/Ultegra alternative from the Microshift Arsis rear mech - we've got one in on test and it's in every way identical including the weight, and it costs £10 less.

Like Microshift Dia Compe also offer other alternative parts for Shimano groupsets: a front mech at £39.99 and shifters at £249.99.

CNC machined aluminium and carbon fibre construction with machined ceramic jockey wheels. Intended as a ten speed but works surprisingly well with older 8 and 9spd systems too. Officially has a maximum twenty tooth varience but coped with twenty four without batting an eyelid.

The Gran Compe zero is a no-comprimise rear mech with performance to match, shifting is what you'd expect at this end of the market-crisp and utterly dependable in all conditions-even on older 8/9spd configurations.

Nothing, just a little out of my price range.

Would you consider buying the product? Possibly

Would you recommend the product to a friend? Yes, were they in the market for a top flight rear mech. 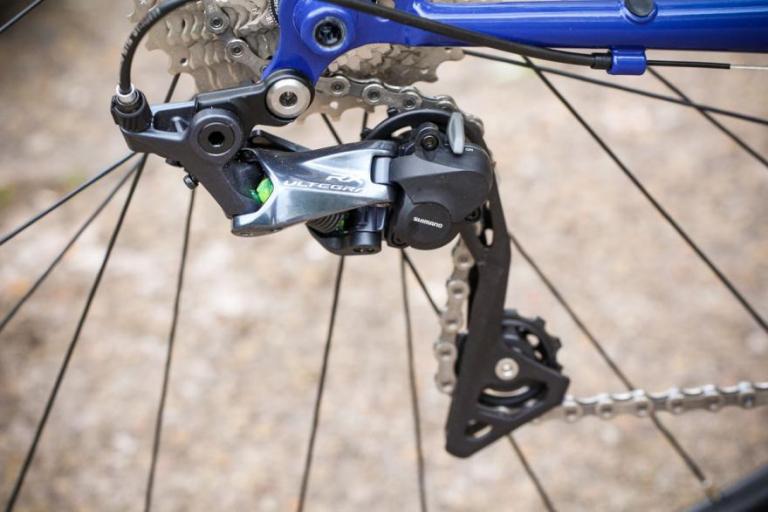 Works really well off-road, though less useful on road, and the limited range will limit its appeal 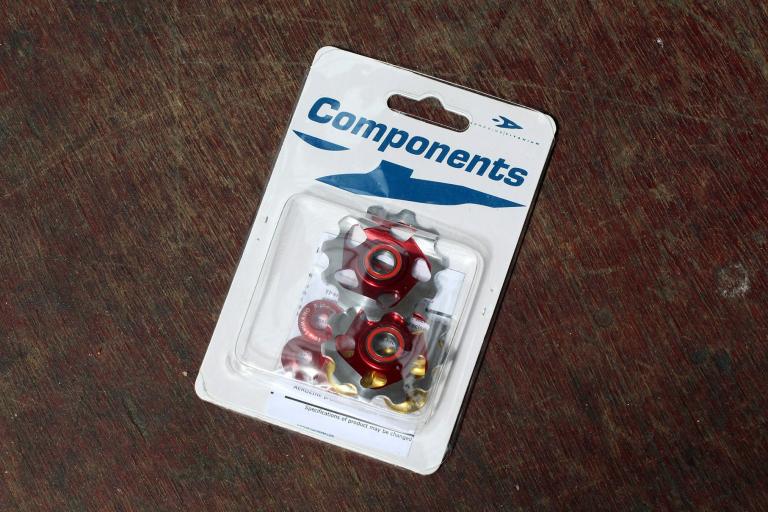 Crisp shifting and bling looks, but plagued with setup issues 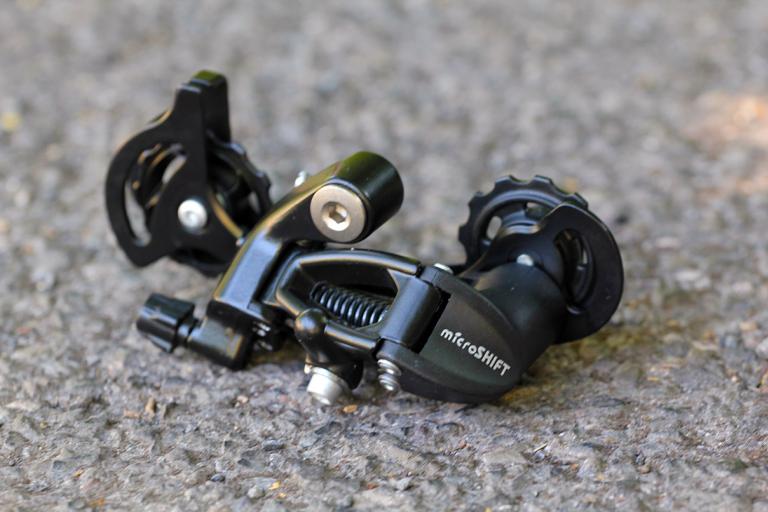