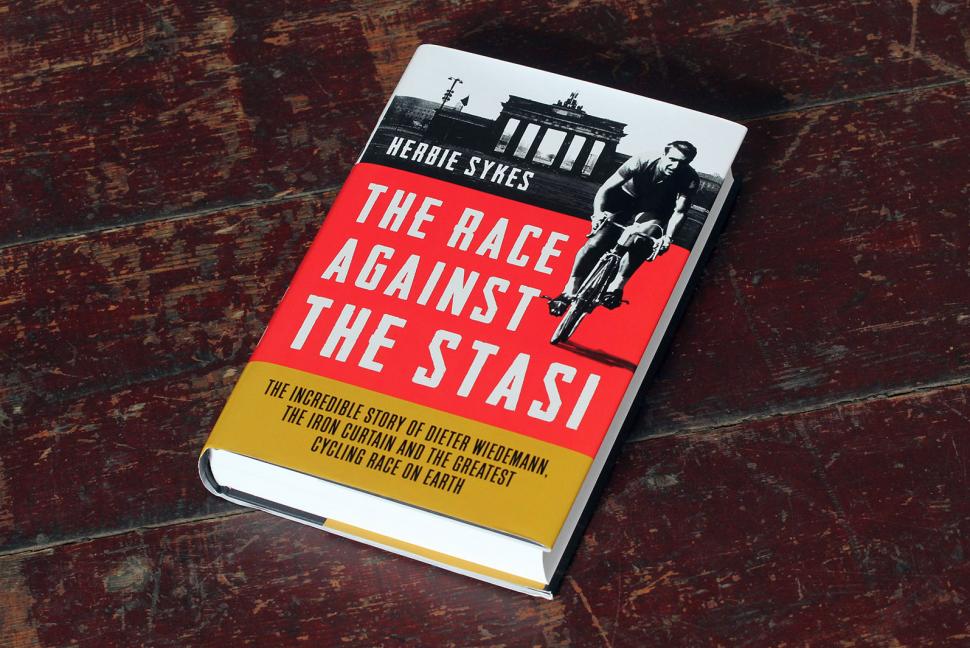 The Race Against The Stasi by Herbie Sykes

8
10
Unique account of life behind the Iron Curtain when the Berlin Wall was up and the Cold War was at its chilliest
Weight:
500g
Contact:
www.amazon.co.uk

We recently marked 25 years since the fall of the Berlin Wall. In Herbie Sykes' The Race against the Stasi we have a book that gives a unique account of life on 'the other side' when the wall was up and the Cold War was at its chilliest.

For those who were not around at the time, let the author eloquently summarise how communist East Germany was viewed by the West: "Arguably the most efficient of the Warsaw Pact dictatorships, East Germany (the GDR) is invariably portrayed as the cruellest and most oppressive. In the broad-brush historical way of things, it's come to be characterised by little more than the Berlin Wall, and by the secret police force known as the Stasi. In a sporting context it's synonymous with a grotesque, state-orchestrated doping programme."

The author had "no intention of writing a treatise on GDR socialism, much less the Stasi". However, it soon becomes apparent that he was "utterly deluded in respect to its malevolence and reach, and to the politicisation of daily life in the GDR". What we read about the Stasi is frankly chilling, and plays a central role in the story.

From space exploration to sporting achievement, every opportunity was taken at the time to show that communism could do things better than capitalism. We read how athletes from 'behind the curtain' were expected to be sporting ambassadors, or "diplomats in tracksuits". It was into this environment that the Peace Race was born; a race for amateur riders that was the antithesis of the professional and commercial Tour de France, and which at one time could claim to be as significant as le Tour.

Most people have never had to experience the life that is described in the book, and even after reading about it such a life can remain abstract and detached. The difference here is that the story is made very personal, featuring as it does a man called Dieter Wiedemann. As Wiedemann is a cyclist, this allows Sykes to bring in the angle of sporting success, and with that comes the opportunity to include the Peace Race.

Wiedemann is not just any old cyclist, but quite a good one who competed successfully in the Peace Race. The twist in the tale comes because he later competes in the Tour de France as well. This came about after he defected in 1964 (partly for love), and he rode for 'the other side' in the Federal Republic of Germany team, as le Tour ran with national teams in those days.

We also read about the aftermath of such a high profile defection: not surprisingly the State does not wish you luck and leave you to get on with it. It may choose to (ab)use any remaining family members to exert psychological pressure on the defector.

After a very welcome scene-setting introduction, most of the book is a transcript of interviews with various players; the format of the book is one of a few paragraphs from each on a given topic, interspersed with other material. This other material includes personal letters and newspaper cuttings, but for the most part it is things like investigation reports, appraisals, and meeting minutes from the files of the Stasi – all of them translated by the author. Not surprisingly some information and many names have been redacted, but this does not hinder your understanding.

The result is a bit like reading a play with extensive stage directions, and I found it necessary to maintain continuous concentration to follow the action. The characters that are introduced include British cyclists who rode the Peace Race, and an extensive selection of the friends and family of Wiedemann. There were up to 25 secret informants who submitted information on Wiedemann to Stasi offices, and we get to read some of what they wrote.

It is that extensive access to the Stasi files that make this book so much more than a regular biography: this is recent social history brought to life.

Herbie Sykes has already produced a worthwhile library of historical cycling-related literature, mostly with an Italian theme, and this book is a worthy addition to his work.

Make and model: Herbie Sykes The Race Against The Stasi