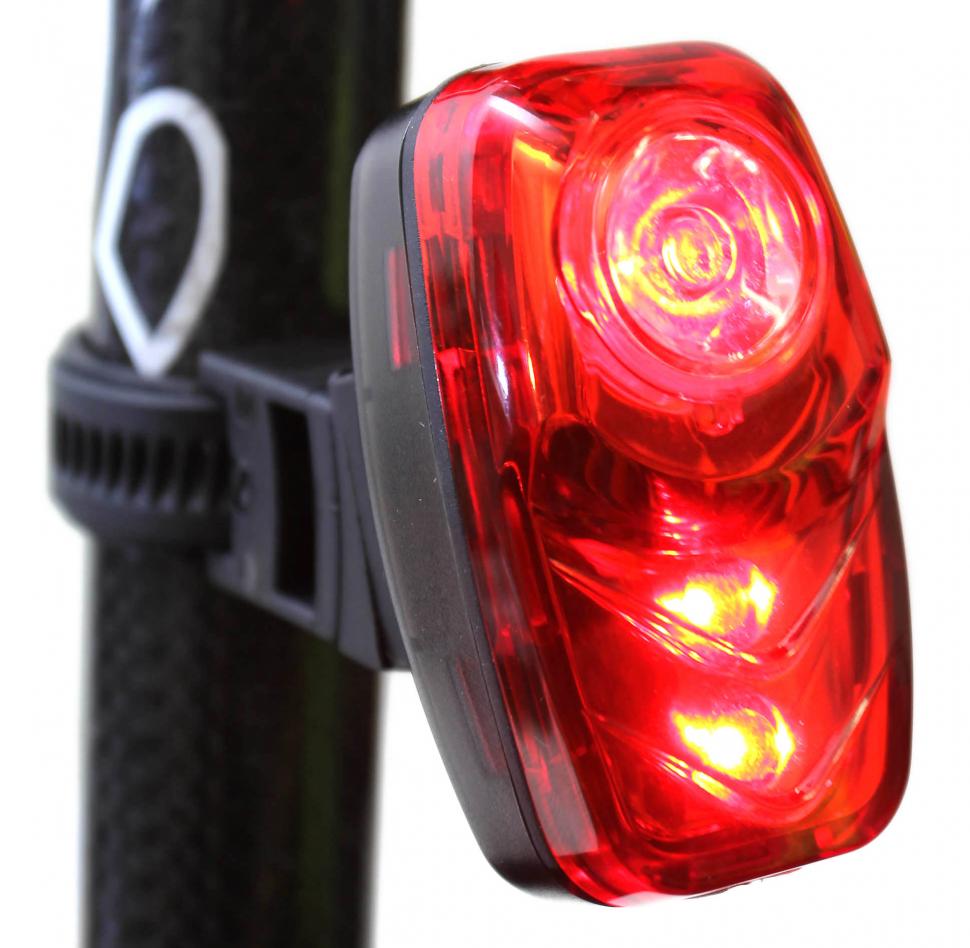 6
10
A modest homage to a classic design, but not as good
Weight:
75g
Contact:
www.raleigh.co.uk
How we test

The City Brigh R rear light from RSP bears more than a passing resemblance to the classic Smart 1/2w Superflash, with a single 1/2 watt led set on top of two more humble leds. Think of it as tribute act.

It's a sturdy little unit with the switch on top, rather than on the bottom, which makes it less vulnerable to spray from the rear wheel if you don't run mudguards. There are just three modes including steady, which is enough for anyone. RSP don't quote a runtime but I switched the light on in steady mode two days ago and it's still going, albeit with a rather muted flash. That's pretty good going, seeing as it only takes two AAA batteries.

The clip (long and ideal for belts and light loops) attaches to a basic but rather clunky seatpost clamp. To alter the angle you have to remove the light, fiddle with a separate screw, refit the light, check and repeat if required. The word 'primitive' springs to mind and it certainly doesn't have the simple versatility of the silicone rubber clamps that some more modern designs come with.

The biggest drawback of this light is the translucent front casing. It's too shallow and too dark, which seriously reduces side visibility and muffles the power of the main led. Side by side with a Smart 1/2w the RSP is almost drowned out, despite having identical power.

At full RRP (£19.99) this would be a poor choice, but I've seen it online for less than a tenner. That said, the Superflash can be had for about the same price.

It's not a bad light, it just suffers from not being as good as the design it copies.

A modest homage to a classic design, but not as good.

Distinct lack of blurb from distributor Raleigh. 'A great LED for additional visibility and safety'. Woo-hoo...

Survived the hose test and top mounted button should mean the electrics are less vulnerable to spray.

Dark casing muffles the main led and dampens side glow

Expensive and poor value at full retail price (£19.99) but a reasonable light for less than a tenner.

Ok - but not great

Not as bright as it should be

Did you enjoy using the light? Mostly

Imitation may be the sincerest form of flattery, but it doesn't guarantee something as good as the original.