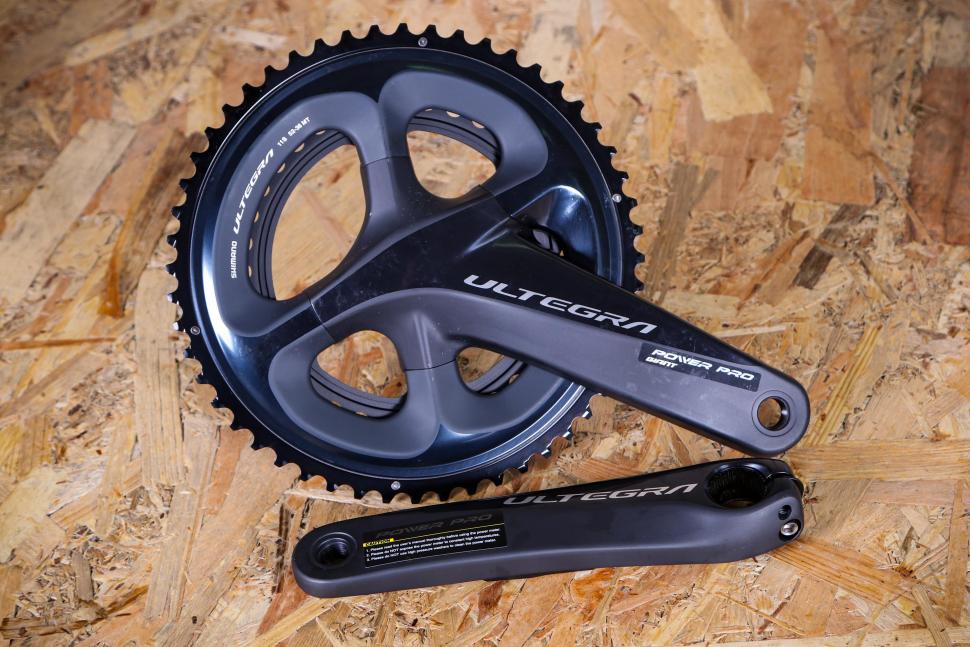 9
10
An excellent option if you want dual-sided power on your bike
Good quality
Accurate numbers
Easy to fit
IPX7 waterproof
Charging is a bit fiddly
Weight:
712g
Contact:
www.giant-bicycles.com
How we test

In that sense it's a very similar offering to the Stages LR power meter, which retails for about £85 less in the Ultegra spec (Mat tested an earlier Dura-Ace version back in 2015), and 4iiii's Precision Pro Ultegra power meter which is about £100 less.

The main difference is that the Giant system uses a rechargeable battery, whereas both the competitor systems use a simple 2032 coin cell on either side. The battery life is about the same at a claimed 100 hours per charge, but the internal battery means there are no battery covers or seals to worry about: the whole thing is sealed and rated at IPX7 for waterproofing. That's chuck-it-in-the-lake waterproof, so rain and road muck should have little effect.

The charging lead attaches magnetically to both sides for charging; it's a bit of a faff and of course you'll need the proprietary lead, so if it dies on a training camp or something, you can't just chuck another button cell in. But overall, it's a better solution than using replaceable batteries.

Many top-end Giant bikes already come with the Power Pro, and as a retrofit option it's as simple as taking off your current cranks and swapping them out. If you're replacing Shimano cranks all you'll need is a 5mm hex key and the little star washer tool. If it's another crank system then you might also need a new bottom bracket, depending on the spec of the axle. 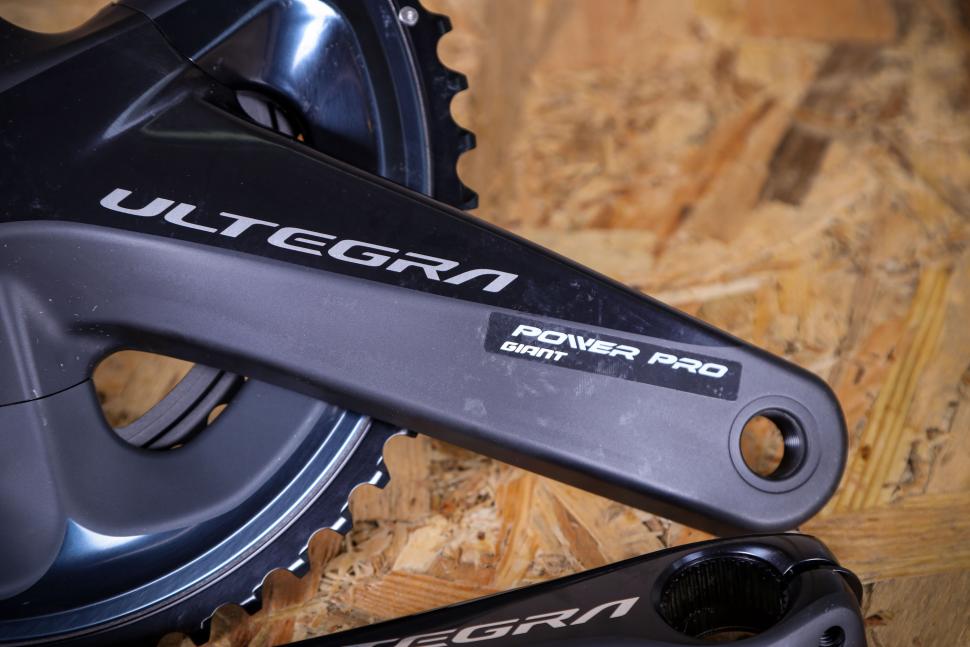 We've reviewed the Ultegra R8000 groupset and there's not a lot to be said about it that hasn't already been said. If you're spending your own money on lightweight components for a road bike, it's hard to beat in terms of bangs per buck. The hollowtech construction of the crankset keeps things light and stiff, and shifting performance is among the best there is. So there aren't really any worries on that side of things. 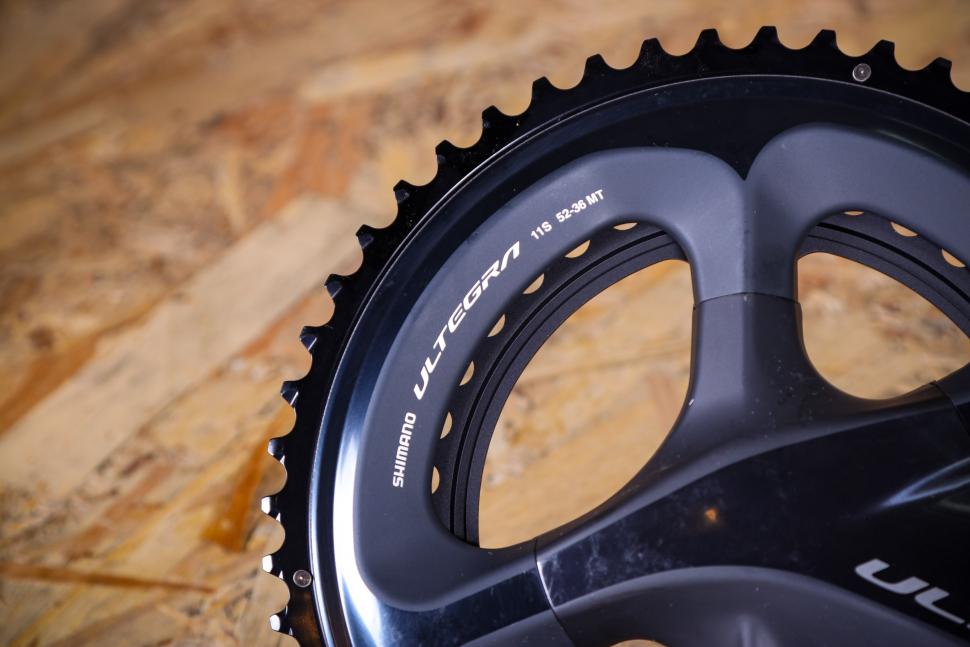 To zero the cranks, Giant says you should use the Giant RideLink app on your smartphone. (There's a video here, showing you how to pair your Power Pro with the RideLink app.) You can also initiate over-the-air firmware updates from the app.

The app can record rides and show you graphical representations of your pedal stroke. That might be useful to you if, for example, you're riding indoors and working on making your pedalling smoother. But in the vast majority of cases you'll already be set up for recording your rides and you'll want the Power Pro to be easy to incorporate into your existing setup. Which I found it to be: I had no issues with linking to various GPS computers from the GPS computer drawer, and also no problems hooking up to my PC for indoor training. All good.

The cranks are dual Bluetooth/ANT+ compatible so they should work with pretty much any GPS head unit or indoor training system you could care to mention. 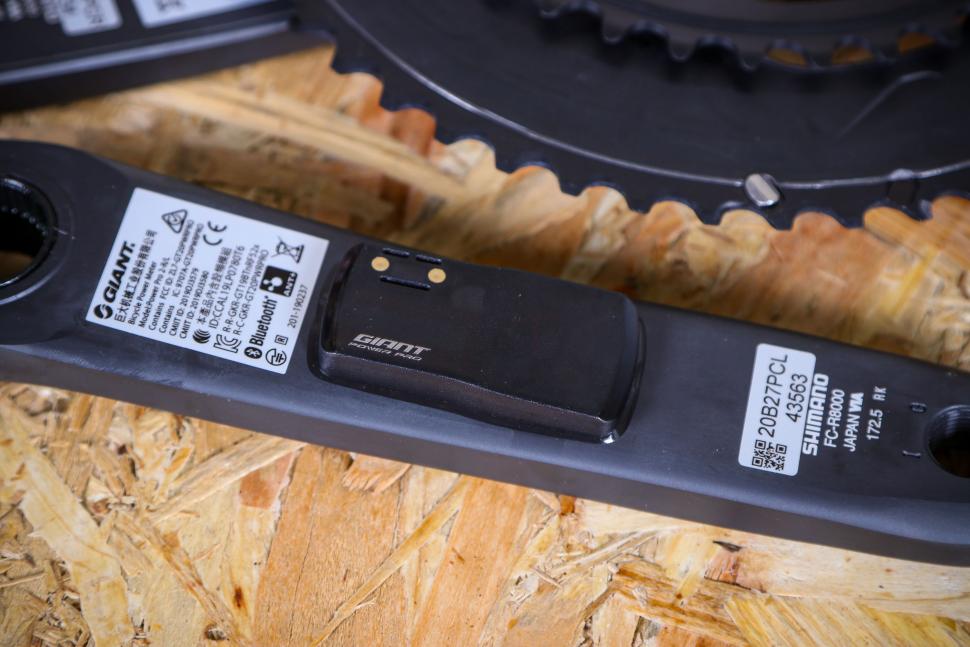 On to power, then. The numbers from the Power Pro appear to be repeatable, and accurate. Which is nice. Here's a section of an outdoor ride by way of an example comparing the cranks (blue) to Garmin's Rally RK200 pedals (purple): 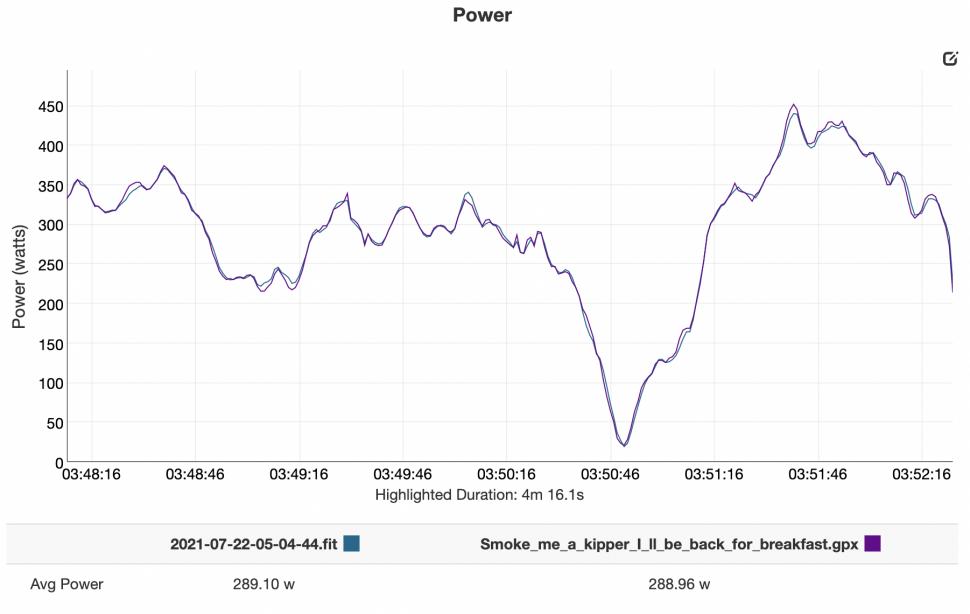 As you can see, there's barely anything in it between the two. The average is within 1W, and at all times the two power meters track each other very closely. At some points the Garmin pedals read higher, at other points it's the cranks, but there's very little in it.

I'm very happy with both of these power traces. They're effectively measuring power at the same point, as there are minimal losses in the pedal bearings transferring power to the crank, so you'd expect them to read the same, and they do.

> The 10 best cycling power meters: which one is right for you?

Giant's claimed accuracy is +/- 2%, which is nominally less accurate than its direct competitors, but there were no issues with the power readings I got from the cranks. Left/right balance on both pedals and cranks was 51/49 left to right, which is what I'd expect. Like I said earlier, the RideLink app can be useful to look at your power balance and the power signature of your pedal stroke if you're having specific issues or want to address any weaknesses in your pedalling. But it's unlikely you'll switch to it as your primary means of gathering data. 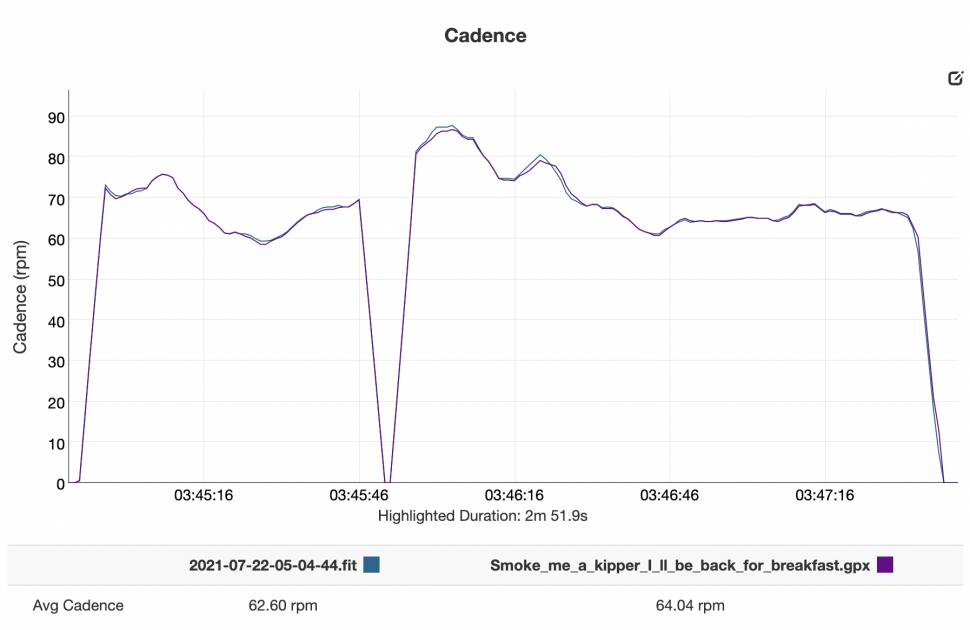 Funnily enough the discrepancy in cadence between the two power meters was larger than the power gap was, which is odd seeing as it's such an easy thing to measure. The Power Pro uses an accelerometer for cadence sensing, so everything's handled internally. The difference is still only small here, and both of the units give solid readings with no drop-outs.

> 12 reasons why you should buy, and use, a power meter

Overall, the Power Pro cranks are a really good option if you want to measure your power directly. Eight hundred quid isn't small change, but they're a comparable price to other similar power meters and the weather-sealed, internal battery design is better. Giant's app gives you a bit more in terms of options for studying your pedal stroke, too. Shimano's Ultegra cranks are hard to beat, and overall this is a very well-considered package for adding power sensing to your bike.

Giant says, "Tracking your power output and training data has never been easier or more accessible. Giant's all-new Power Pro system delivers accurate power metrics through an integrated system that's precise, reliable and simple to set up. The pros know that the most effective training is smart training, so get in the know and start training with power."

Charging is a bit fiddly.

A little higher than comparable Stages and 4iiii Ultegra-based cranks, but you're getting chuck-it-in-the-lake waterproofing and Giant's app.

It's an excellent option if you want dual-sided power. Not cheap, but on the money in terms of value. 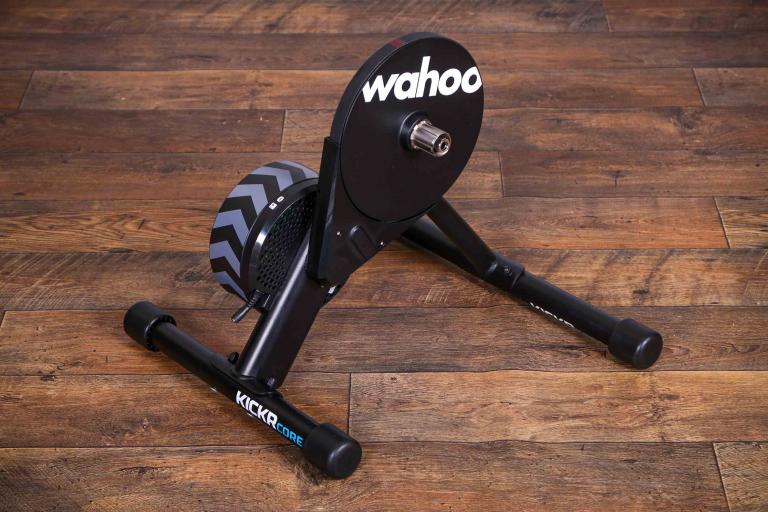 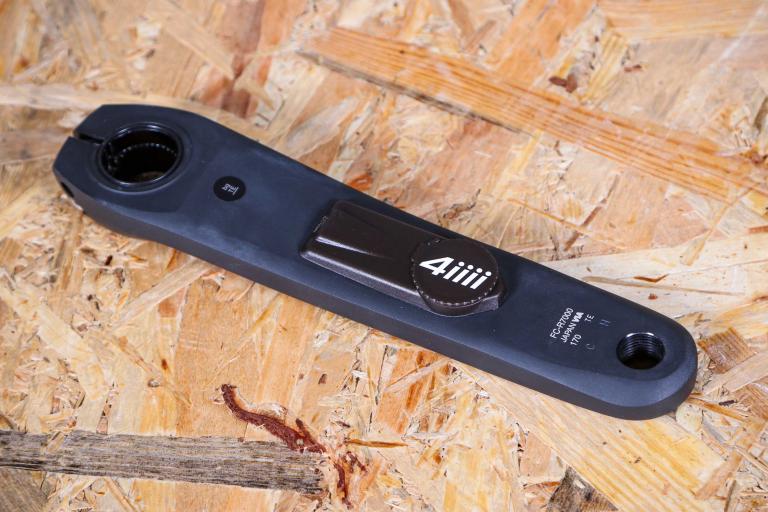 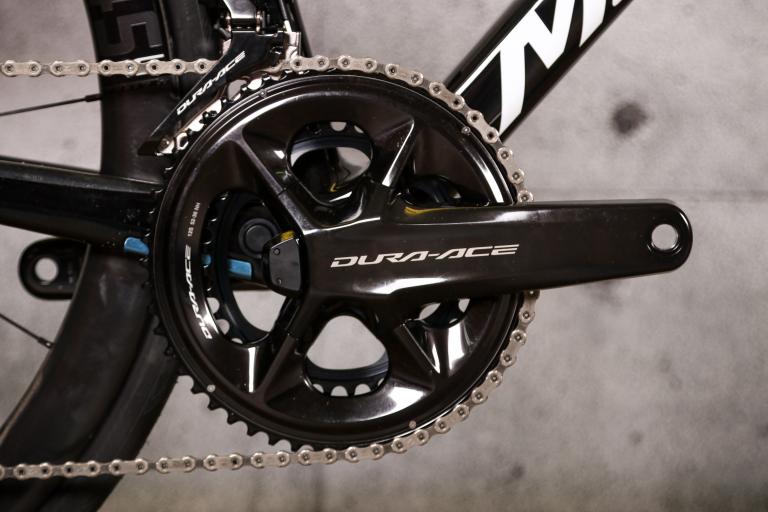 Very good power meter providing consistent, reliable data that is easy to train with, and Shimano has sorted the L/R balance issues 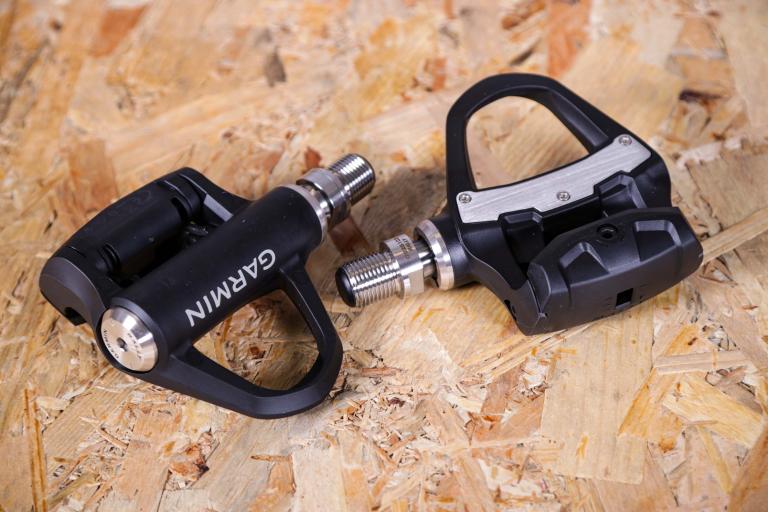