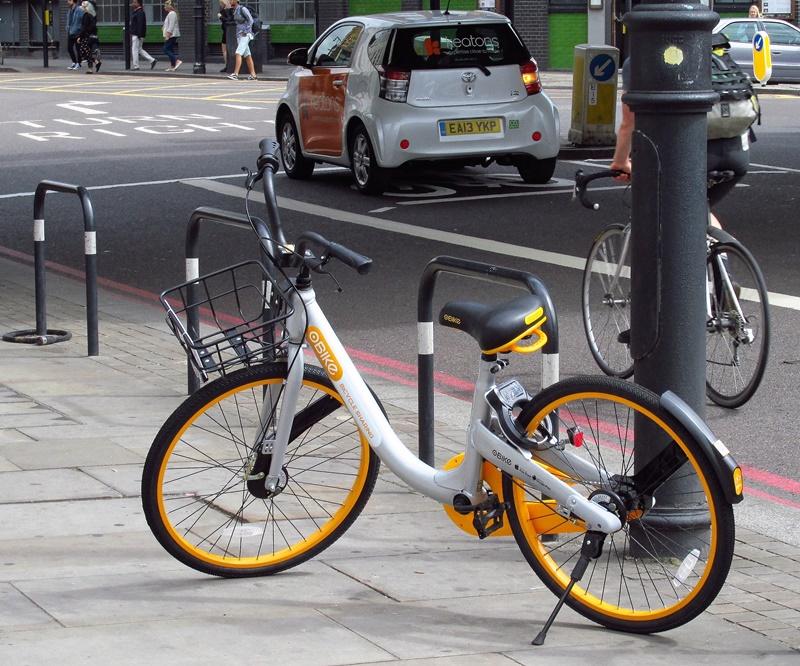 oBike in London (CC licensed by David Holt via Flickr).jpg

Cycling app of the week: oBike, plus its new delivery service and oCoin cryptocurrency

The Singaporean bike-sharing app is in over 60 cities worldwide, and now even has its own cryptocurrency...
by Jack Sexty

If you haven't heard, oBike is one of the growing number of bike-sharing schemes, allowing customers to hire bikes via the oBike app. It was founded just a year ago in Singapore, and has now expanded to 12 countries worldwide and thousands of bikes, with over 1 million downloads and counting of the oBike app.

​oBikes are 'dockless', so you don't need to leave them in a specific docking station when you're done (although soon the oBike app will display recommended docking zones) and they're equipped with Bluetooth locks that open when you pay for your hire. They're surprisingly cheap, at just 50p for a half hour ride in London, and all bikes have lights, a basket, mudguards and are single speed. Your account will tell you the accumulative distance you've ridden, calories burned and kilograms of carbon emissions saved.

Until very recently, not a lot distinguished oBike from the Chinese Mobike or ofo bike-sharing apps... but two big announcements have just set it apart. In Singapore oBike have just launched oBike Flash, a 'crowdsourced delivery service' that allows app users to get items delivered within their locality by an oBike 'Flashman', who will have signed up to be a Flashman on the app. They promise your item can be delivered in as little as two hours, although they don't specify maximum journey length for the courier or pricing yet. Currently, oBike Flash is only available as an update to the oBike app in Singapore. It can help you get around town for fairly cheap and emission-free providing you're in one of the places oBike operates... and soon it might be able to help you get a parcel delivered and earn some virtual currency. What a time to be alive!

You can download oBike on both Android and iOS for free, and they have fleets in many major cities such as London, Madrid, Rotterdam and Singapore. A ride in London costs just 50p for half an hour with a £49 deposit. You can use oBike's referral system to get three £1 coupons if you can get a friend to sign up. The oCoin cryptocurrency  is only open to institutional investors at the moment (four billion coins have gone on sale), but it's expected oBike users will be able to start earning oCoin some time in this financial quarter.