Cervélo's flagship aero road bike has had a pretty significant overhaul for 2019, with the standout feature being that radical v-shaped stem...
by Jack Sexty

With Cervélo being one of the few big bike brands not to show off a new aero road bike ahead of the 2018 Tour de France, and the S5 being unchanged since 2014, an update was long overdue... and after getting our hands on the Ultegra Di2 version to test, we think it was worth the wait.

Poor old Team Dimension Data, and more specifically one of the most successful sprinters of all time Mark Cavendish, were riding the old S5 during the 2018 season - and if you’ve been following the world tour team bike sponsor merry-go-round recently you’ll know that Cavendish won’t actually get to ride this bike in 2019, because his team have switched to BMC. Instead it’s team Sunweb that are Cervélo-sponsored this year, and I reckon Cav might just be a bit envious. Cervélo's mantra with their flagship aero road and tt bikes has long been ‘simply faster’; but they're going with the tag ‘beyond fast’ nowadays, meaning that the S5 was built for all-round performance outside of the wind tunnel too. That means more comfort, stability and a better all round quality, say Cervélo, and as with any new aero road bike they claim it's more aero and slippery than the previous version. 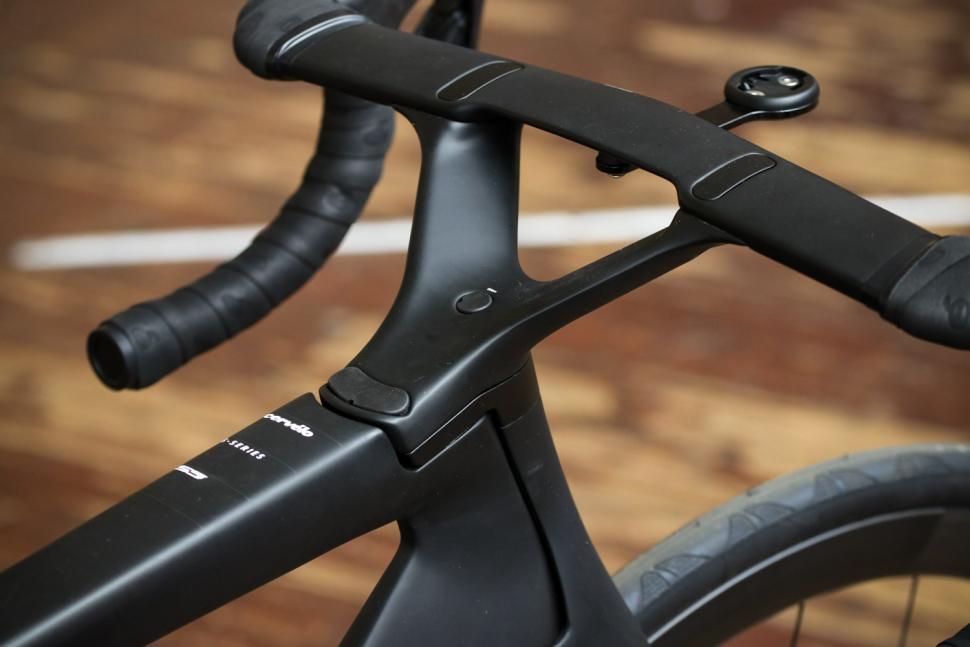 The integrated v-shape riser stem is patent pending and completely unique to Cervélo. The reason for abandoning a traditional shaped stem in favour of this is purely for aerodynamic gains (though we've heard from a mechanic it's also easier to work on than many integrated stems), and the v-shape design creates a smoother and steadier airflow due to its clean integration with the top tube. There are no cables or wires on show at all here, and everything is carefully concealed within the cockpit. Our test bike is the Ultegra di2 version, and Cervélo have made use of Shimano’s e-tube Di2 handlebar junction port on the right bar end so you've no exposed junction box disrupting that clean appearance. The handlebar has also being redesigned with an airfoil shape that has been twisted from centre to edge, which Cervélo says improves airflow even more. There are five stem length to choose from, four different bar widths, 32.5mm of stem spacers and 5° of handlebar adjustment. If you’re a rim brake aficionado then we’re sorry to say that the new S5 is disc only. It has all the latest in disc braking standards with 12mm thru-axles front and rear and clearance for 28mm tyres, although our test version comes with 25mm continental grand prix 4000s.

Some of the more subtle differences are in the geometry and frame shapes, and as well as the now-common cut out seat tube, the downtube is actually so close to the front tyre that it’s also been partially cut out around it. There are two bottle cage positions on the downtube, and while the lower one is slightly more difficult to reach it's said to offer lower drag because it’s partially shielded by the huge bottom bracket area - which itself has been made even stiffer to the tune of 25% according to Cervélo. The bottom bracket area has also been dropped a little to create greater stability and lower the rider’s centre of gravity. 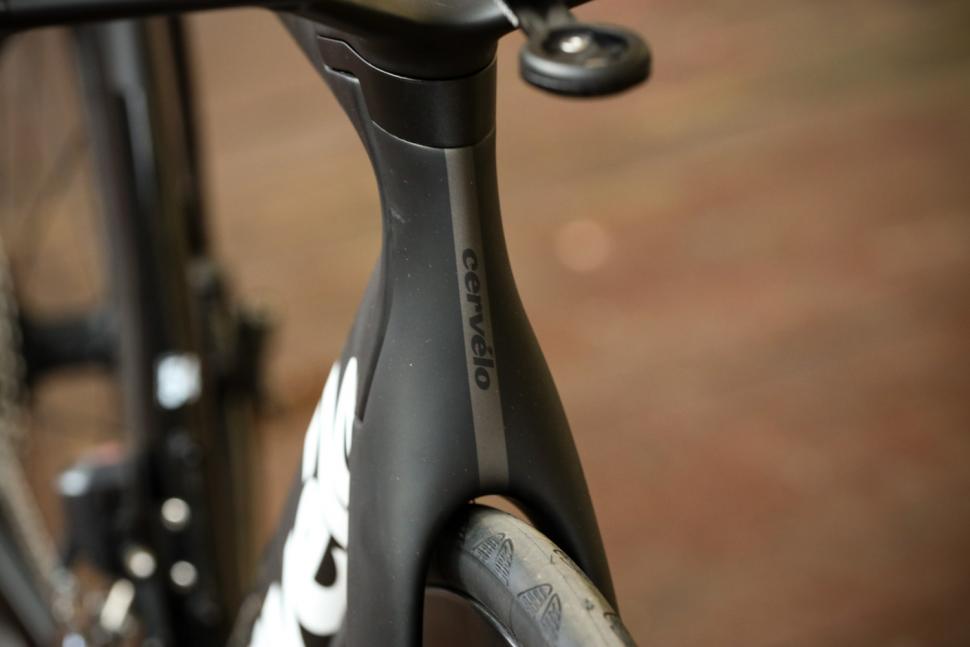 We’ll be testing the S5 thoroughly over the coming weeks, so be sure to check back for a full review soon...