Look launch their first e-bike, the e-765 Optimum All Road

Developed in association with Bernard Hinault, the e-765 has the detachable Fazua Evation motor system so you can take advantage of the assistance or remove to ride it as a normal push bike...
by Jack Sexty

Look are the latest to present an e-bike that doesn't really look much like an e-bike, with the launch of the e-765 Optimum. It's their first e-bike of any genre, and the assistance is courtesy of Fazua's Evation system. The geometry is based on Look's existing motor-less 765 Optimum Disc All Road.

As of yesterday Look were probably the last big bike brand we could think of without an e-bike of any description in their range, including mountain bikes; and once more they seem to have done things differently by bringing out a drop bar e-road bike first. The E-765 Optimum’s carbon frame is made in Look’s Tunisian factory, before being built up with finishing touches added at their main HQ in Nevers, France. It has disc brakes and 12mm thru-axles front and rear, and a huge bottom bracket area for direct handling and plenty of stiffness.

They've selected the Fazua Evation mid-motor system to provide the motor and battery, which gives you up to 250 watts of power on tap when you need it with three levels of assistance. It's also used in Pinarello's Nytro and the Focus Paralane2 e-road bikes, and an advantage is that you can remove the entire system if you want to use it on the club run without 'cheating', to give one example. The full weight of the e-765 Optimum with the motor and battery is 13.2kg, but by removing the 4.6kg system you have a bike that weighs 8.6kg - the same as a normal road bike. 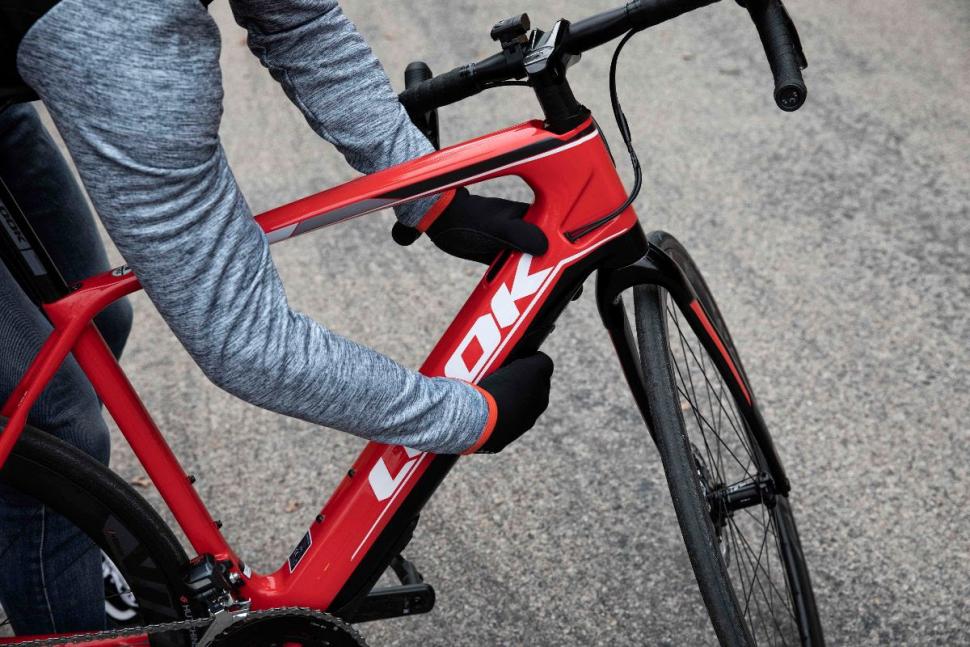 The geometry of the frame is described as 'endurance-bred', with a stiff and responsive high modulus carbon frame that's made to feel comfortable for day-long rides. Look's latest 3D Wave design is used in the seatstays, which incorporates deflections that they say adds up to an extra 15% of vertical compliance compared to their pre-3D Wave frames, adding further comfort.

Five-time Tour de France winner Bernard Hinault is a Look ambassador, and is quoted as saying: “When the Look teams first spoke to me of their desire to develop an electric road bike made of carbon, I must say that I was surprised. However, the time spent engaging in the design process alongside the engineers, and in particular the first few pedal strokes on the e-765 Optimum convinced me immediately."

If Bernard has convinced you that the e-765 Optimum is the one then you will have to save up; built with a mechanical Shimano Ultegra groupset it will set you back €6,499, and with Ultegra Di2 it's €7,699. Head over to Look's website for more info.