D'you know what you need in your life right now? £395 gold shoes and 500 quid snakeskin boots, that's what!
by

DL Killer has today announced the release of its new KS2 performance cycling shoe with a carbon sole, Atop dial adjustment, and a laminated leather upper in bright gold. If you think you're likely to spend a lot of time on the turbo in the near future, at least your shiny new shoes won't get dirty. The KS2 is said to have been "designed alongside" 2007 Giro d'Italia winner Danilo Di Luca – hence the 'DL' in the brand name. 'Killer' is a reference to Di Luca's nickname... ironically his former career was killed back in 2013 when he received a lifetime ban from professional cycling for doping, but that's another story.

The KS2 is lightweight (the claimed weight is 250g per shoe, size 43) and has a dual Atop dial fastening system that provides simple on-the-fly adjustment. The dials can be replaced if they're ever damaged. The T800 3K carbon fibre sole is heat mouldable to suit your foot shape. 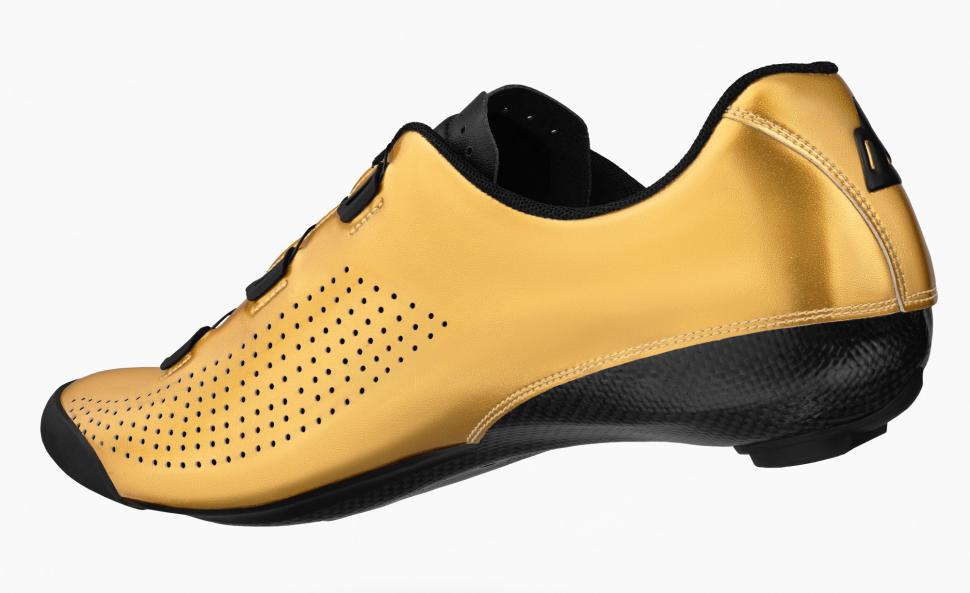 DL Killer says that the toe bumper has been improved over that of the previous generation KS1 shoe, and the laser-cut ventilation holes in the upper along with vents in the sole provide better ventilation. The KS2 is made in Italy and is priced £395. If this gold (always believe in your sole) finish isn't for you, it's also available in white, silver and red, and there will be a pink version along soon. The KS2 joins the existing Vito in the DL Killer lineup. This shoe also features a T800 3K carbon-fibre sole but the leather upper features a lace closure.

The black and white versions are £480 – but why would you go for those when the special faux-python shoes (above) are only £40 more? So, yeah, maths fans will have worked out that these ones are £520. Still, in for a penny...

Get more info over at dlkiller.cc