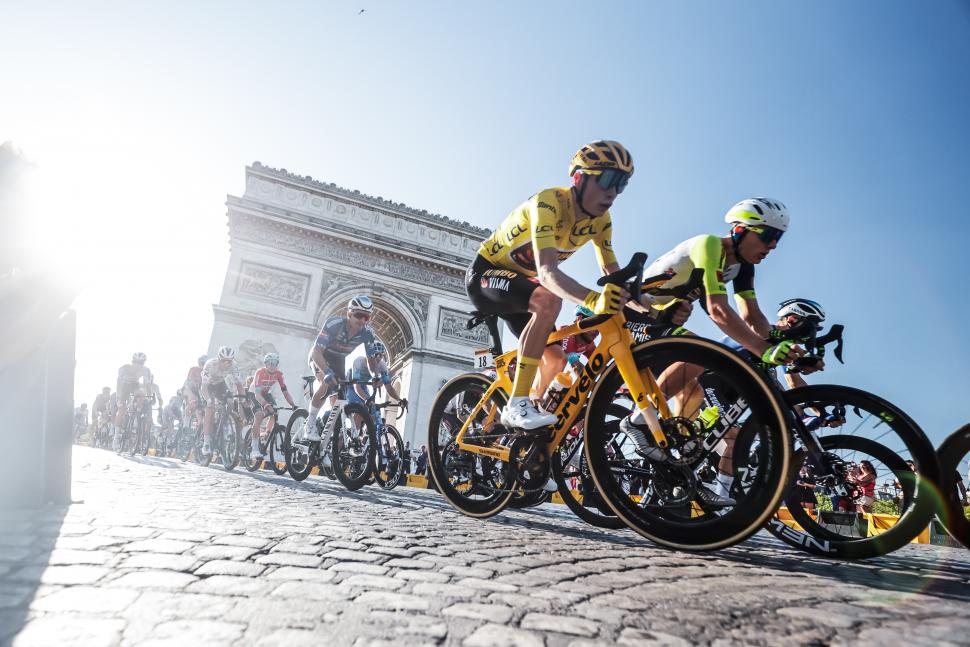 Cervelo has finally launched the new version of its S5, the aero road bike that Jonas Vingegaard rode to Tour de France victory, and that his Jumbo-Visma teammate Wout van Aert piloted to the points classification win. Cervelo says that the new S5 is “simpler, faster, and easier to live with than before,” with deeper profiled frame tubes, a new fork, and increased tyre clearance. 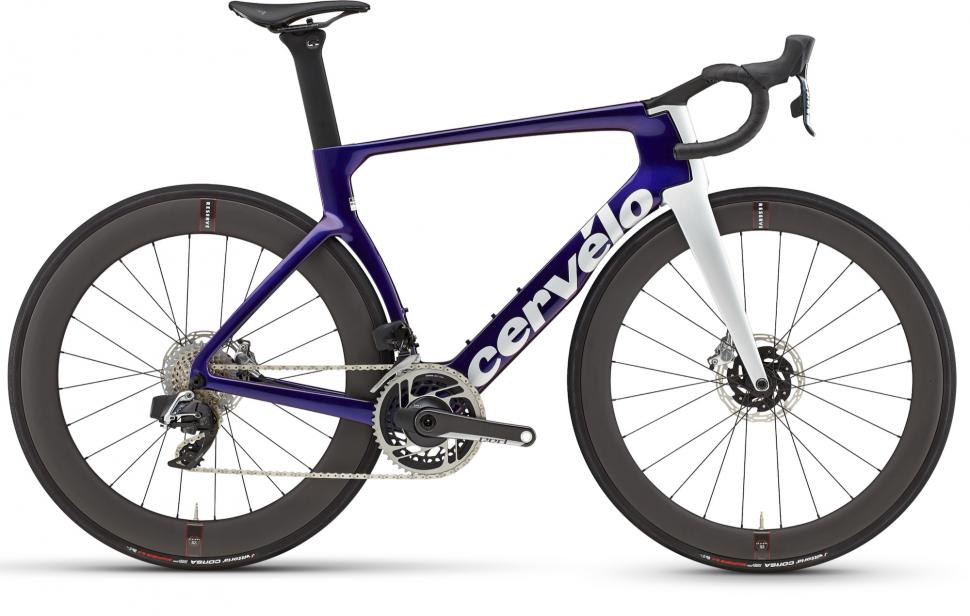 That drag reduction is at 48km/h (30mph). Cervelo likes to give drag – a force – in grams (a unit of mass) but most of the cycling world has become familiar with it expressed in watts (which is a unit of power; it's all mixed up!).

We’ve shown you the new Cervelo S5 in some depth already, having been hands-on with it at the Dauphine. Vingegaard rode the S5 for most of the Tour de France although he switched to the existing Cervelo R5 for mountainous days, including Stage 18 which is the one that he won.

Check out our video of Jumbo-Visma’s Cervelo S5

Cervelo says it has taken advantage of recent changes in UCI equipment rules to reduce drag. 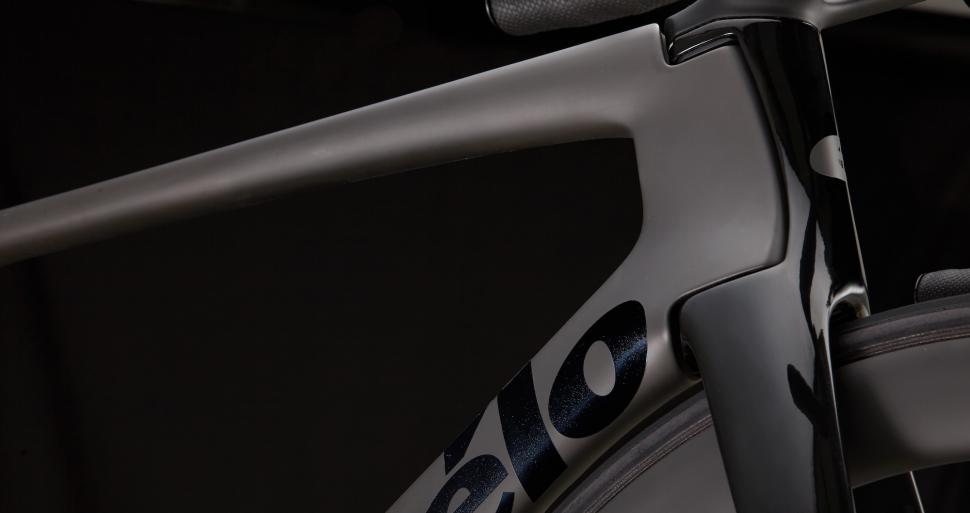 “The UCI’s new regulations on aerodynamic design allowed us some additional room to deepen our aero proles and squeeze a little more performance out of what is already the fastest aero bike on the market,” it says.

“You’ll notice a deeper head tube and bottom bracket area, and more aggressive shaping on the trailing edges of the tubes. 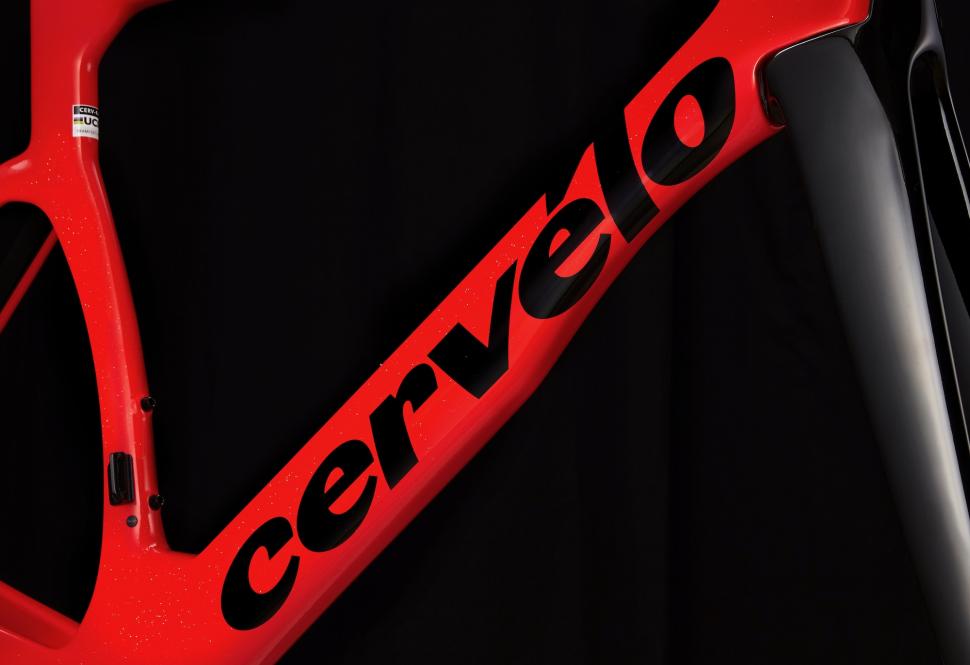 “Since the new S5 is only compatible with electronic shifting, we were able to tidy the dropout a bit, and update the shaping all over the bike.” 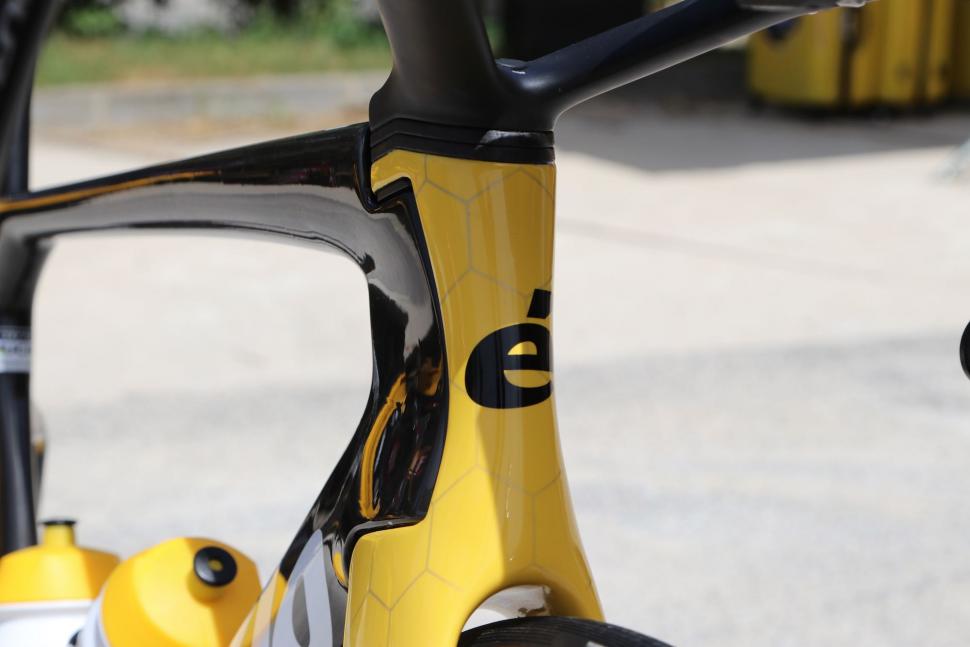 For example, there’s a new “aerodynamic nose” at the front of the fork crown. 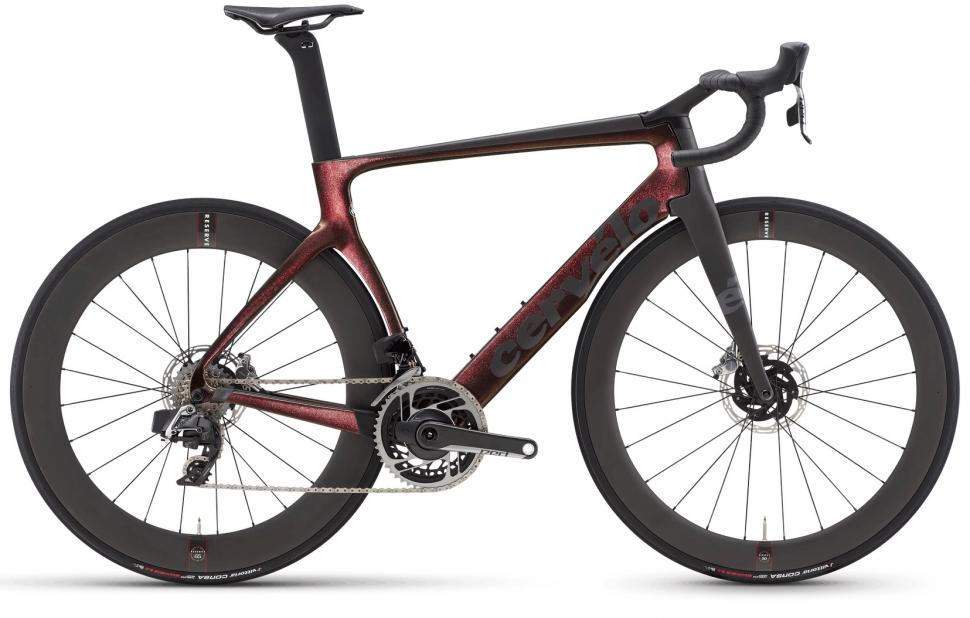 Each of the changes is relatively subtle but if you compare pictures of the old S5 (directly above) and the new version you’ll notice the differences.

Cervelo has also made it much simpler to adjust your riding position, which was a bugbear of many who rode the previous model. 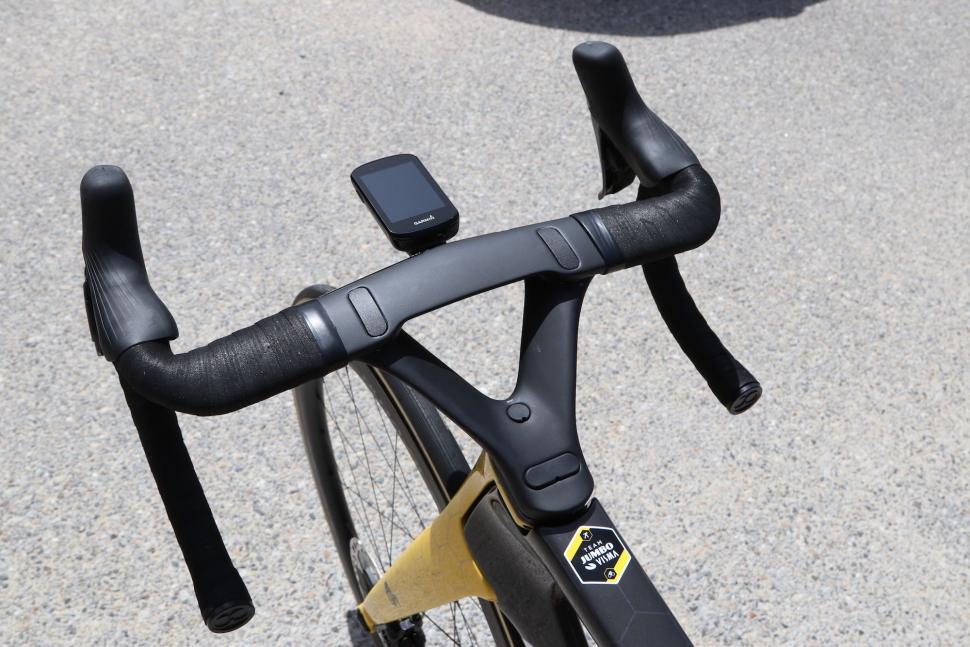 “On the new one, it’s as easy as installing the new stem,” says Cervelo. “All the necessary spacers come with the bike, and there’s only one bolt length, instead of the previous stack-specific bolt spec. The handlebars attach more simply and have a 5-degree rotation to dial in your fit. Reducing all that complexity made the system 53g lighter, too.”

Well, it wouldn’t be a real road bike revamp without dropping the weight, would it? 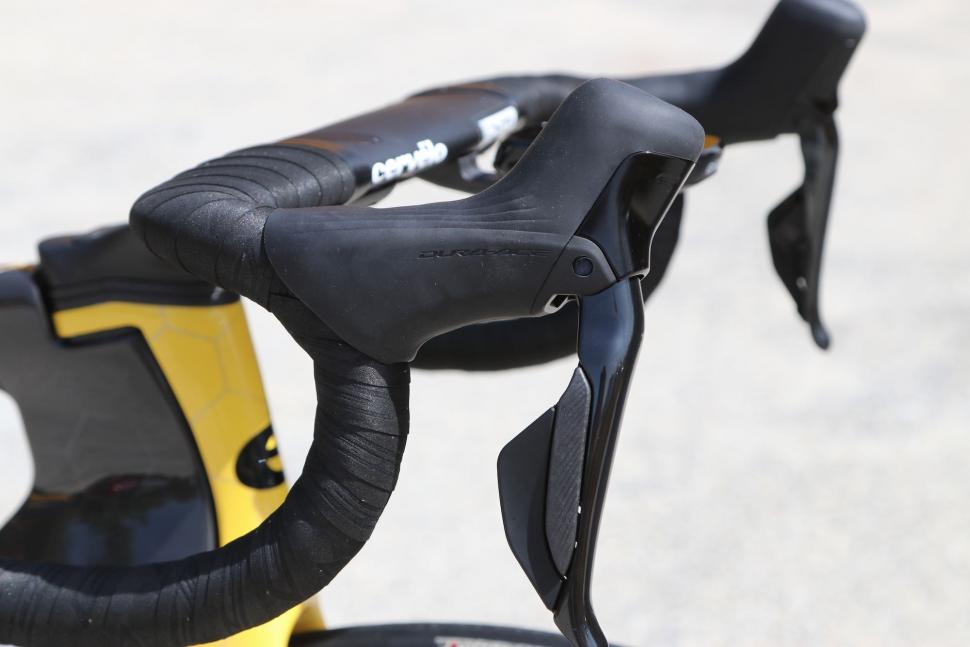 Cervelo says that it has improved the comfort of the handlebar, and altered the shape slightly “to get a perfectly flat bar-to-hood transition”. Looking at Jonas Vingegaard's Tour de France bike, that has been successful.

“In place of the shims on the previous S5 handlebar, we’ve used a two-bolt interface that allows…tilt adjustments between 0 and 5 degrees,” Cervelo says. 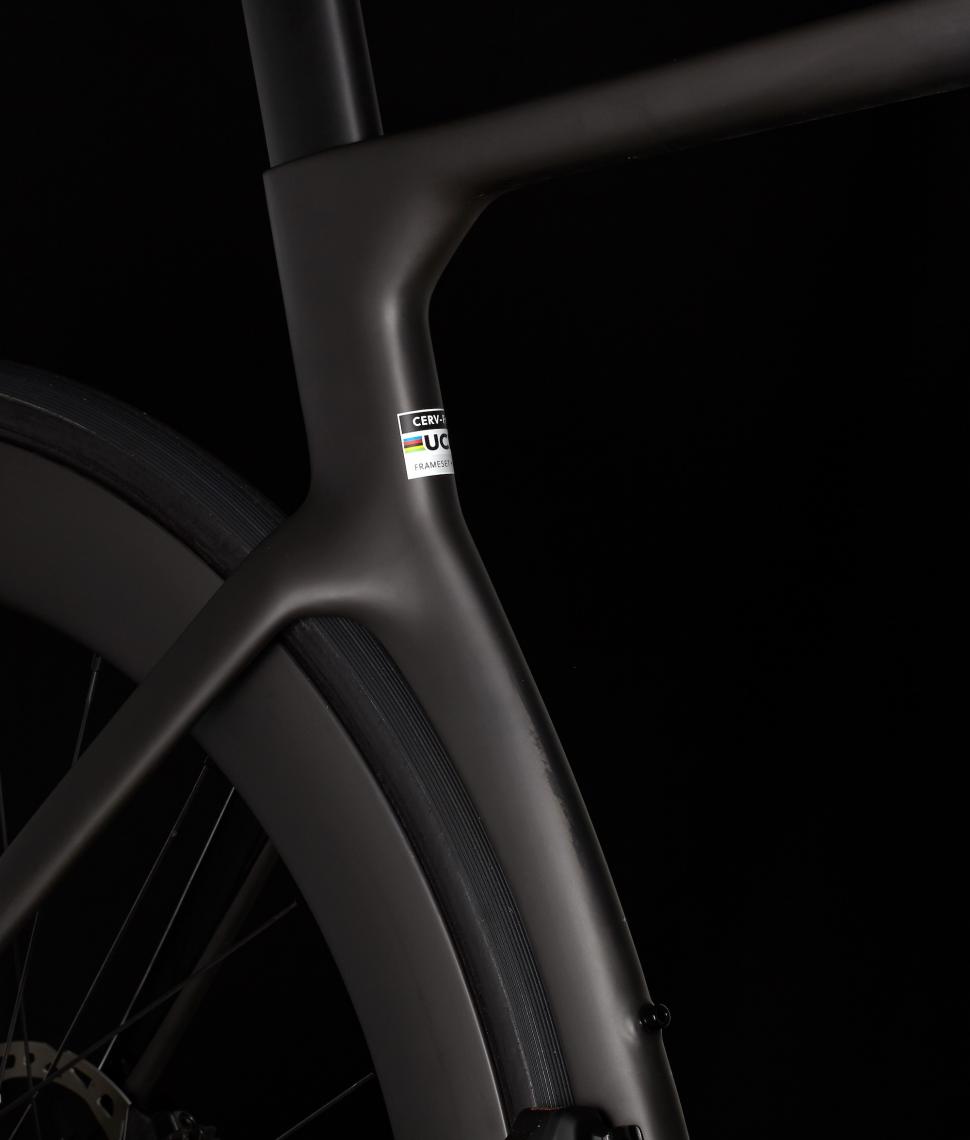 There’s now space to fit 34mm (measured) tyres – up from 30mm – although Cervelo says that the new S5 is optimised for use with the new, wider Reserve 52/63 wheelset with 28mm tyres fitted. These are said to contribute massively to the overall reduction in drag. 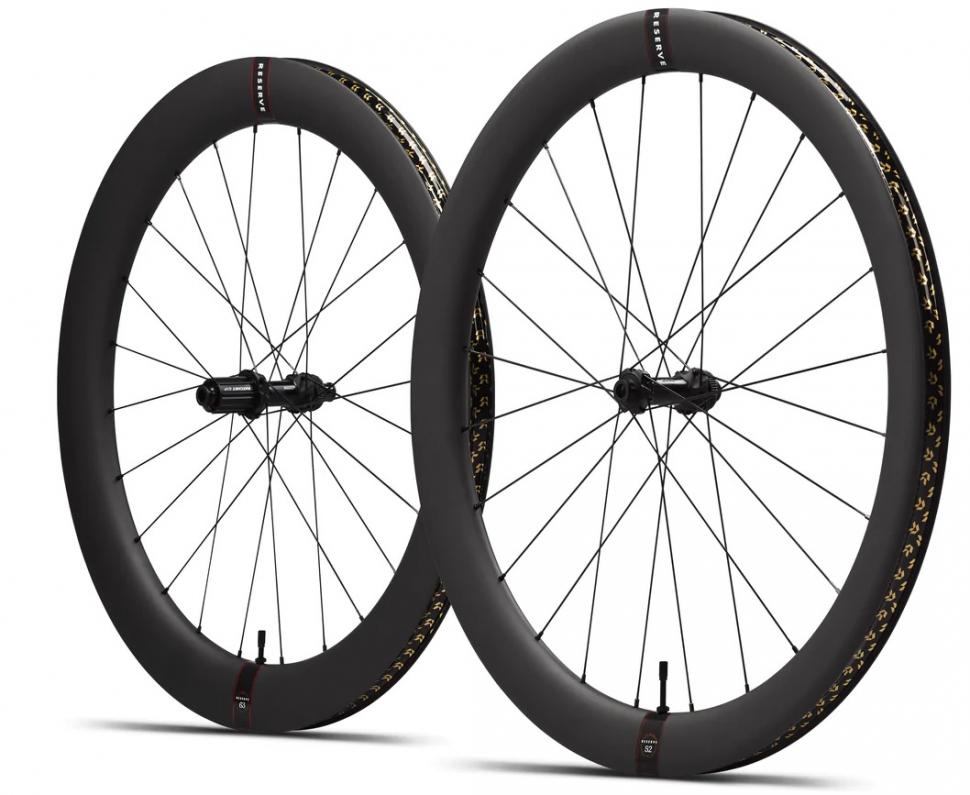 The 52mm-deep front wheel has an internal width that's a whopping 25.4mm and an external width of 35mm, while the 63mm-deep rear is 24.4mm internally and 34mm externally.

Cervelo says that these wheels were developed under “turbulent aero” protocols. If you want to know about this, check out the video…

In short, the idea is that it takes account of the fact that we ride in real-world conditions rather than in smooth airflow.

Cervélo says that it worked with Reserve to develop a rim shape “that stalls less dramatically at greater yaw angles”. Yaw results from the direction and speed of the wind and the rider/bike.

“In riding terms [the wheelset is] more stable, more planted, and more comfortable,” says Cervelo. “It requires less input and attention from the rider and contributes to rider confidence. It makes you go faster because you feel more comfortable going faster. 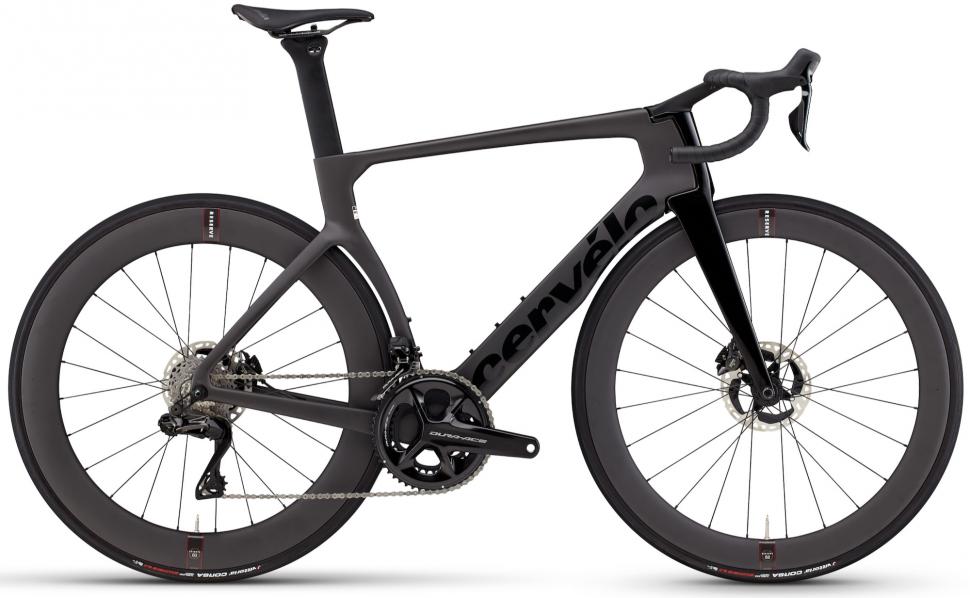 The new Cervelo is available in four high-end builds: 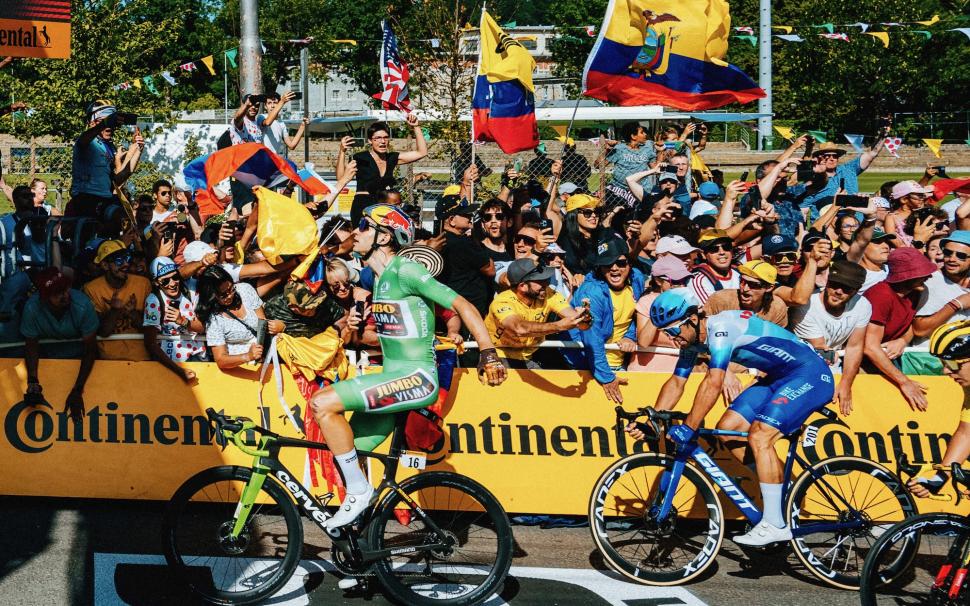 Those prices are broadly similar to those of the new Trek Madone SLR in comparable builds, the exception being that Cervelo's S5 SRAM Red eTap AXS is £800 cheaper than the Trek equivalent.

The Cervelo S5 is also available as a frameset (£5,499), including the frame, fork, headset, thru-axles, handlebar, stem, seatpost, and computer mount.