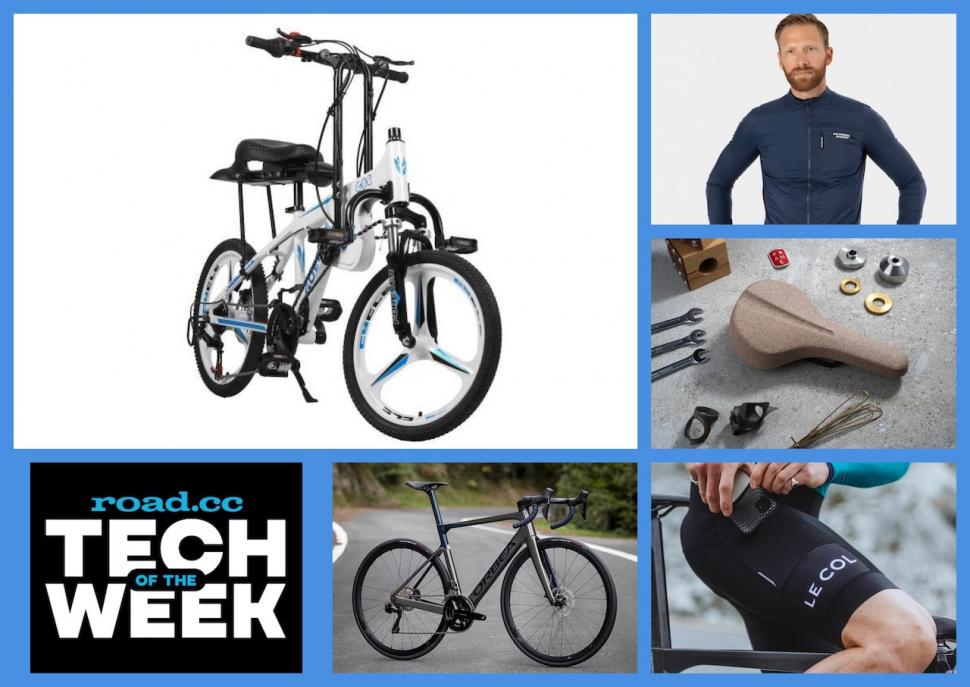 Check out the bike that you can row + more tech news from Canyon, Rapha, Orbea, Le Col, Sigma, Brooks & more

The changing of the seasons means it’s a busy time in the bike world and we have loads of new clothing this week from the likes of Rapha, Le Col and Pas Normal Studios, but we're starting with something that we really weren't expecting...

Check out the bike that’s also a rowing machine

Have you ever wanted to combine cycling and rowing? Nonsense, of course you have, and the Goebike offers you a mad fusion of the two. 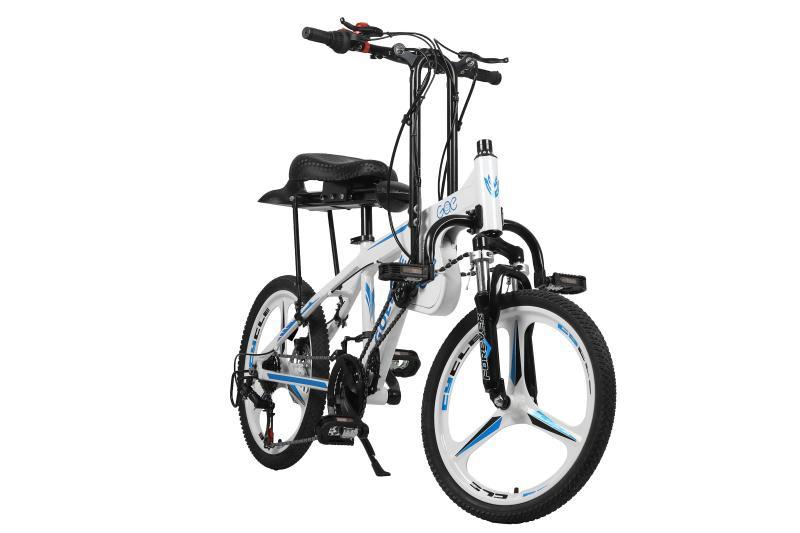 You can ride the Goebike in normal cycling mode, where it behaves pretty much like a standard bike, albeit one with a strange steering mechanism (the stem doesn’t attach directly to the fork but via two connectors).

Then there’s a rowing mode, where you take your feet off the pedals and, well, row the handlebar with the seat/saddle sliding backwards and forwards on rollers.

Pulling the handlebar moves a chain that is connected to the chainset which then propels the bike via the rear wheel in the usual way (watch the video on Goebike’s Kickstarter page to see how it works).

On top of that, there’s the mixed mode where you can cycle and row at the same time. You’ll be glad to know that the seat/saddle stays still so you’re rowing with just your upper body.

The people behind Goebike say you can use it both outdoors and indoors. They don’t mention traffic. 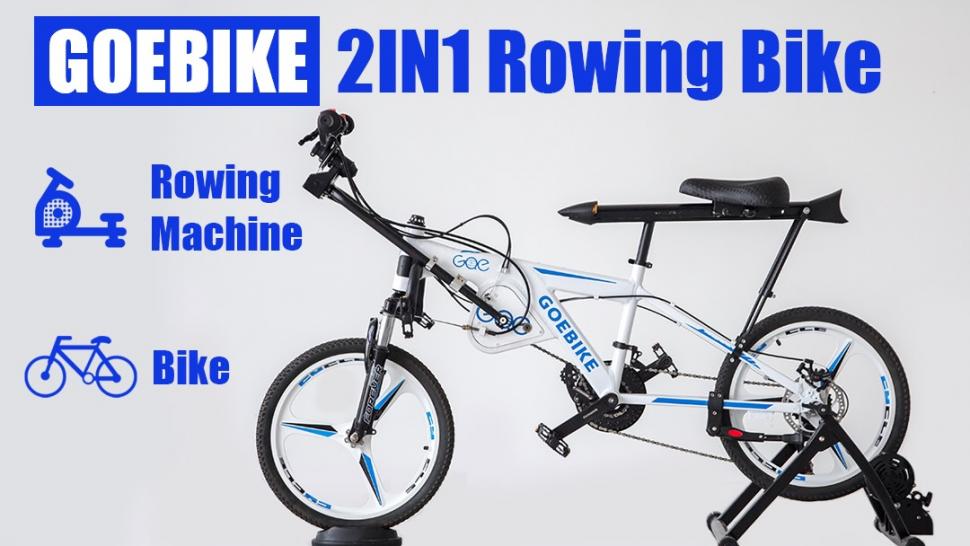 Why go to all this trouble when pedalling has been working pretty well on other bikes for, ooh, a while?

“Since it is both a bicycle and a rowing exercise, Goebike combines the dual advantages of aerobic and anaerobic training and can exercise more than 80% of muscle groups,” say its inventors. “Goebike is a device that not only can burn fat efficiently, but also can shape your body.”

So there you go – you’ll get buff.

How much? Hold your horses, we’re getting to that. Get in on the Early Bird offer on Kickstarter – there’s not a lot of danger of you missing out yet – and you’re looking at $449 (around £400) rather than the RRP or $699 (around £625). We always point out that pledging money via crowdfunding sites isn’t the same as buying through normal channels.

Rapha says that its new Pro Team Gore-Tex Infinium Jersey, designed for high-tempo winter riding, offers a similar level of protection to a jacket courtesy of the fabric used. 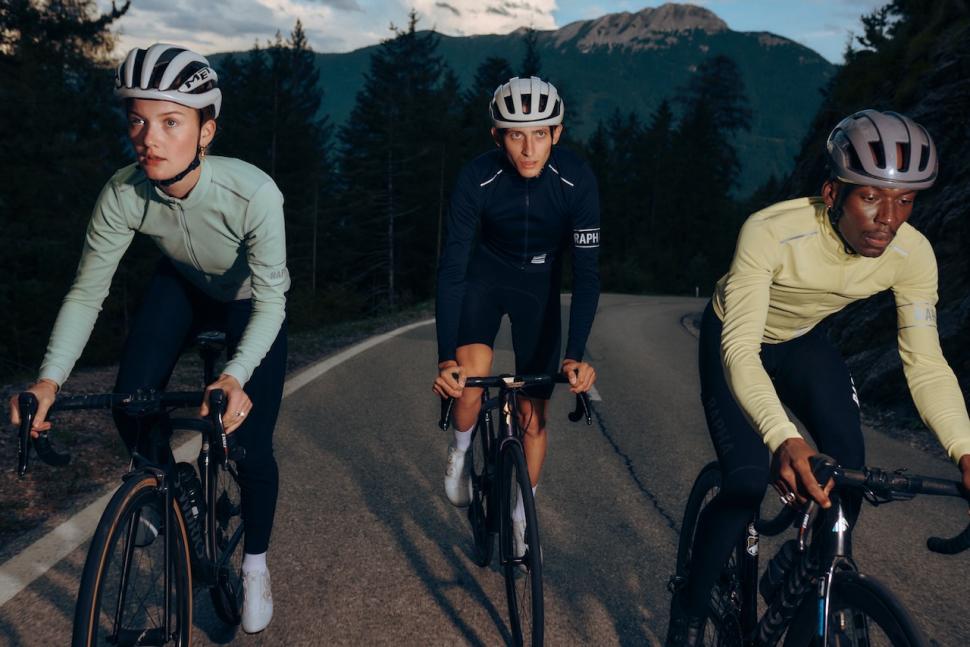 “The new Pro Team Gore-Tex Infinium Jersey is both windproof and breathable, cut short for an optimal on-bike position, so you can ride without limits,” says Rapha.

“The membrane integrated into the jersey blocks all wind, keeping you warmer for longer. Moisture from sweat vapour can easily escape so the body's microclimate stays balanced. The jersey is also designed to resist light rain and snow, which means light rain beads off the fabric and the jersey remains comfortable throughout a ride.

The fabric offers plenty of stretch so you can get a close, aero fit, and the jersey comes with reflective details for extra visibility.

We’ve reviewed other Gore-Tex Infinium clothing in the past, including this Gore C3 jacket.

Both men’s and women’s versions are available, priced at £215. We have one on order and will have a review here on road.cc once it comes through.

Orbea has announced that its Orca and Orca Aero models will now be available with Shimano’s recently released electronic and semi-wireless 105 Di2 groupset. 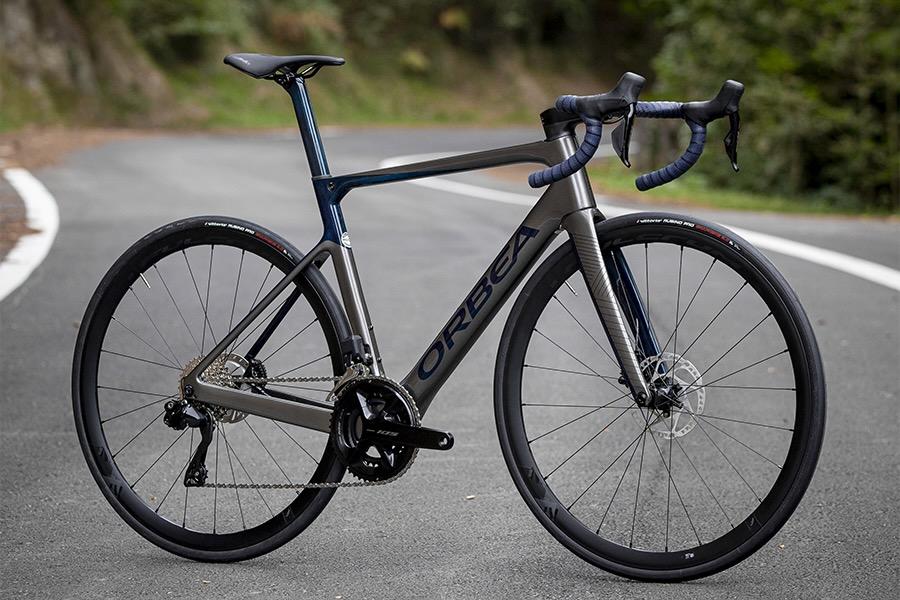 The Orca is Orbea’s lightest road bike and the Orca Aero… well, that one’s obvious. 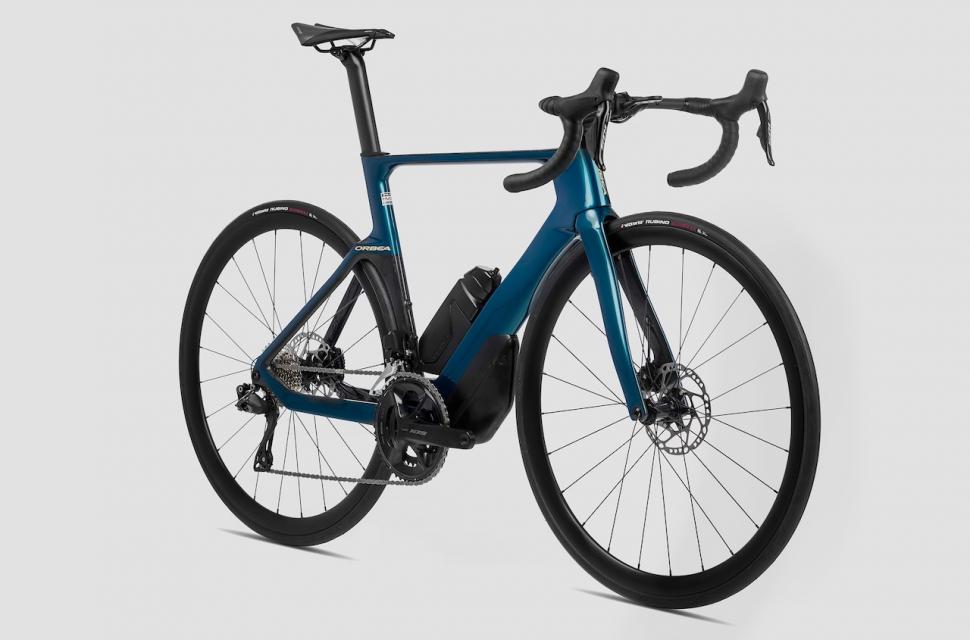 Le Col has introduced Sport Thermal Cargo Bib Shorts to its extensive range, similar to the existing Sport Bib Shorts but with side mesh pockets and extra insulation. The women's version is live now and the men's will be available from next week. 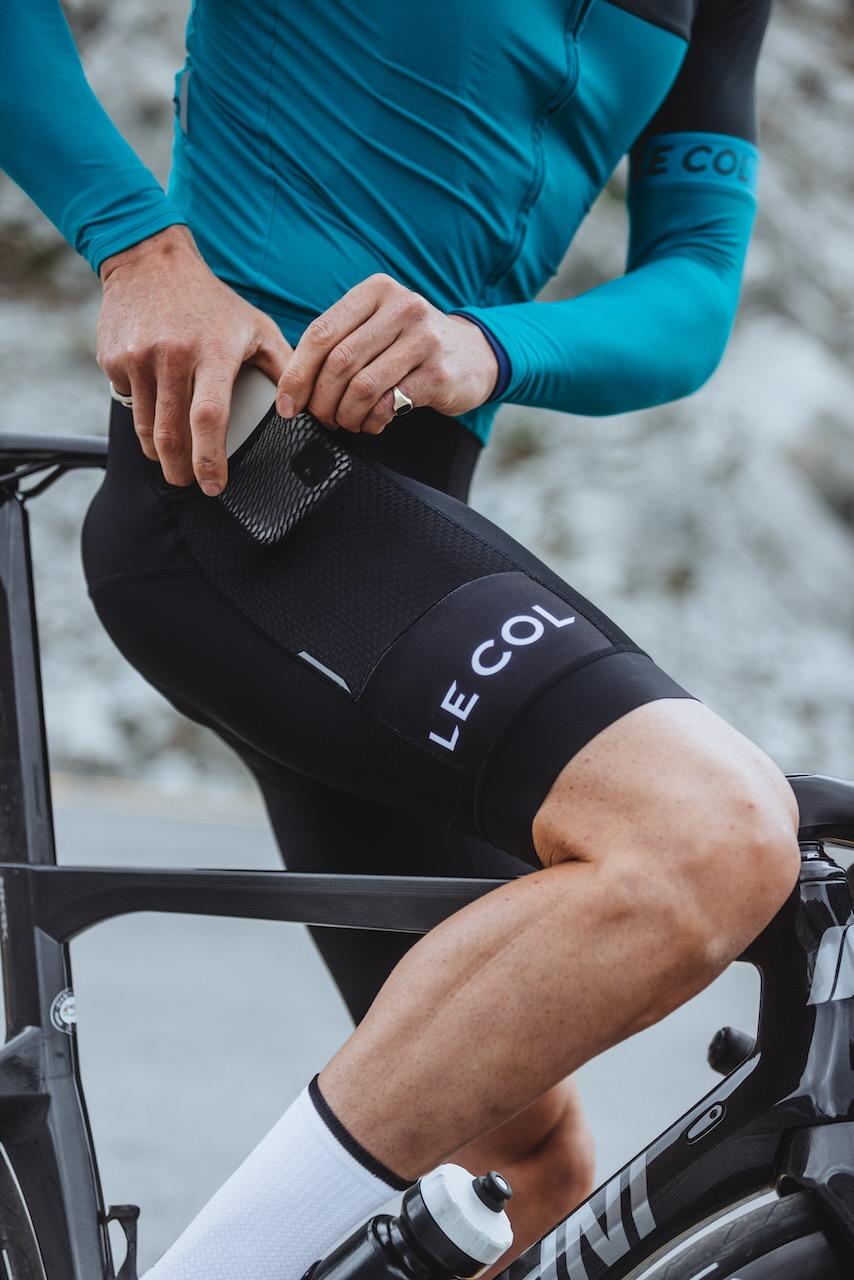 “A new panel construction featuring a raised waistline offers extra coverage and warmth,” says Le Col. “A four-way stretch Italian fleece-lined fabric has been selected to deliver insulation and freedom of movement on those in-between season rides [Le Col suggests when temperatures are 10-15°C] or deep winter rides when paired with warmers. 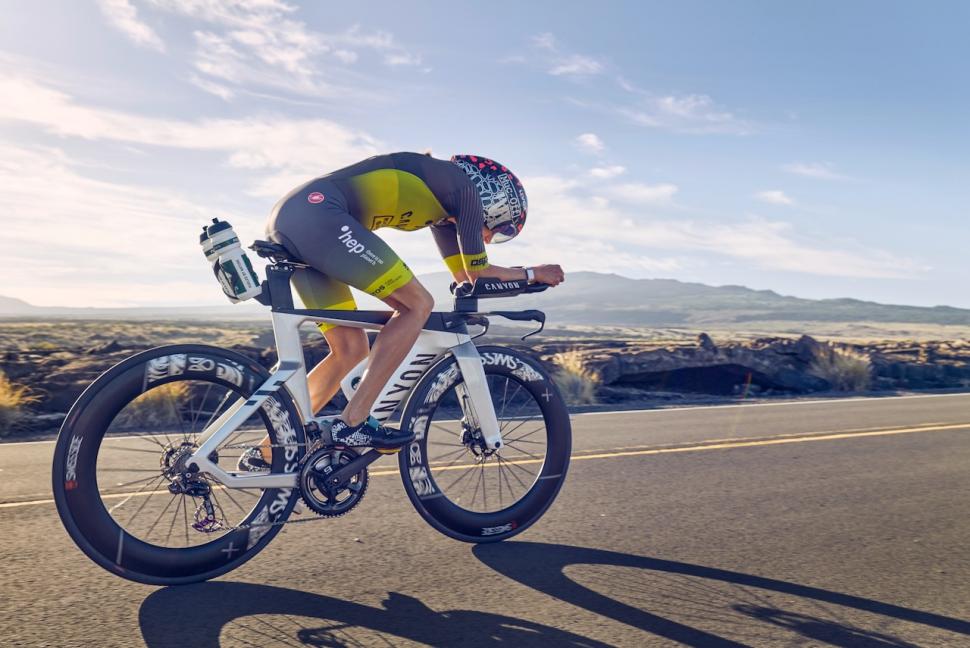 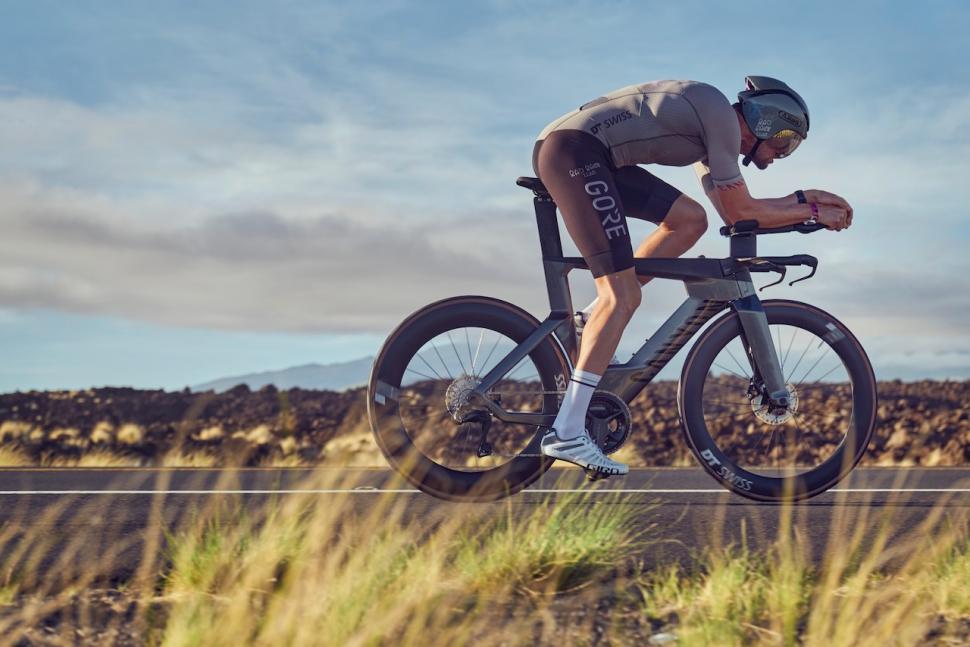 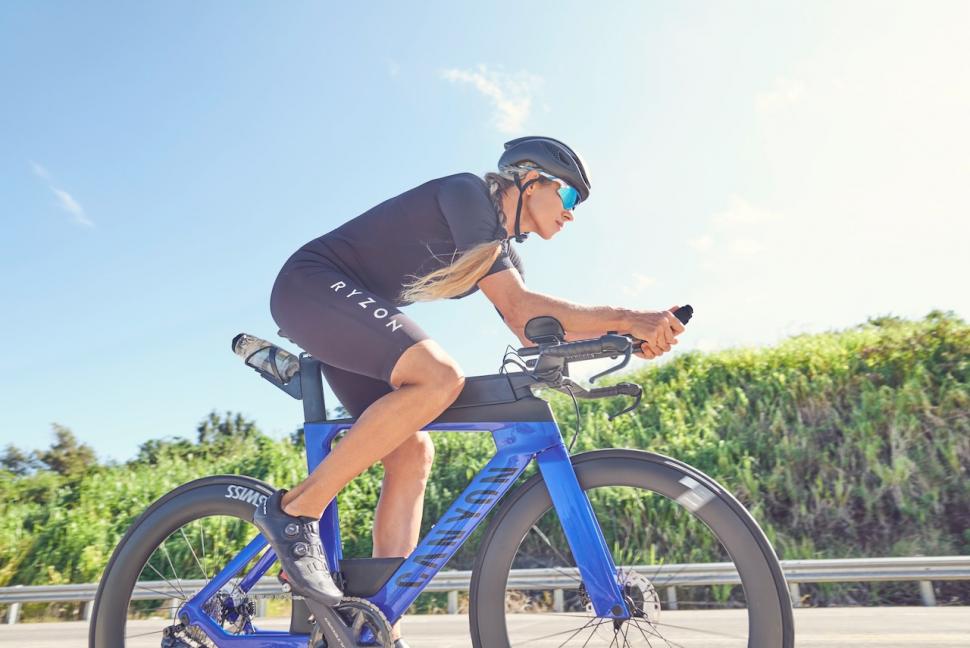 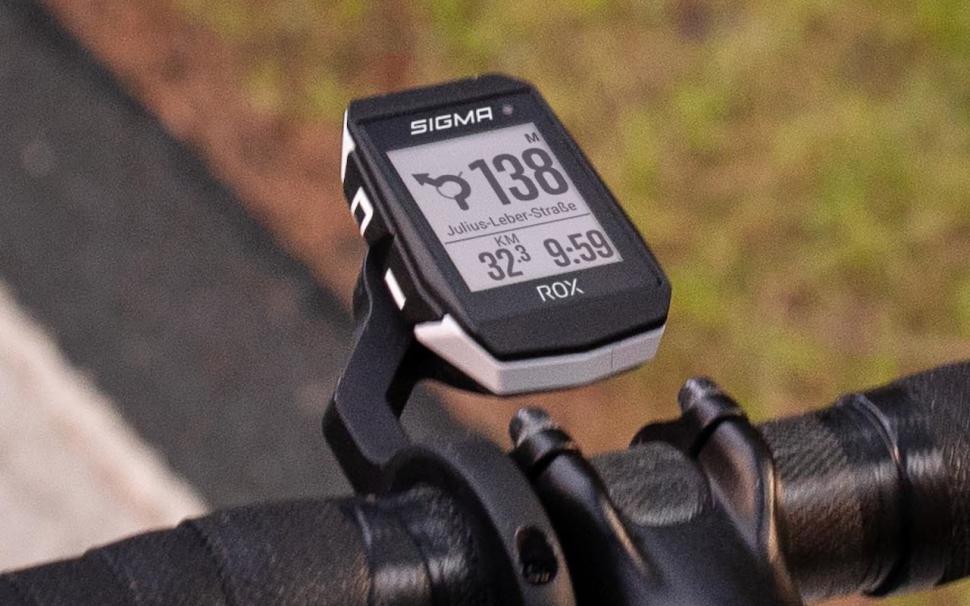 “The clever one-point navigation Search & Go allows cyclists to quickly find any location and navigate there,” says Sigma. “To do this, they can either enter a specific address in the Sigma Ride app or click on any point on the map to set it as their destination.”

You can then choose between four different route profiles. The created track can be started immediately on the Rox computer or saved in the app for later.

The Rox 2.0 and Rox 4.0 now also have track navigation, a feature that was first introduced on the Rox 11.1, allowing you to ride a previously planned route.

“Cyclists can plan their track in the Sigma Data Center or on a third-party portal such as komoot or Strava and import it into the Sigma Ride app.

“They then start the selected track either on their bike computer or in the Ride app. The track can also be saved on the bike computer and ridden offline at a later time. On the Rox 11.1 Evo, you can even save up to 36 tracks and start them offline.”

When you start navigation, a navigation page is automatically added to the Rox display. The Rox 4.0 and Rox 11.1 Evo also show a preview of the altitude profile.

For tracks planned in the Sigma Data Center with Search & Go and in komoot, a large turn arrow and an acoustic signal alert you to the next turn while riding. 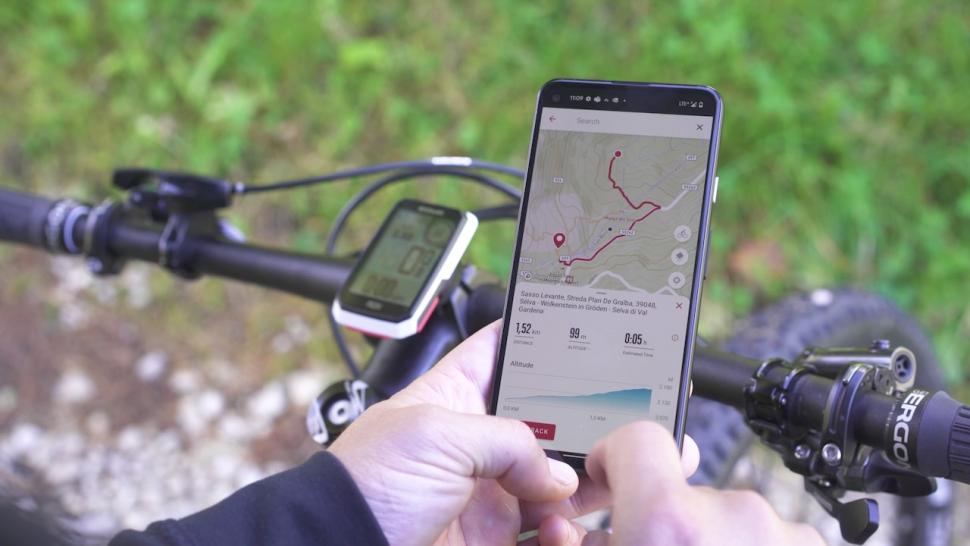 On the display of the Rox 11.1 Evo, the turn-by-turn instructions appear as a pop-up message or can be set as a value on any training page. Rox 4.0 and Rox 11.1 EVO also display street names.

If you leave your planned track, the Rox gives acoustic and visual feedback and shows the direct route back.

Spoon Customs has announced the launch of a fully custom, handmade, performance road bike with big-brand carbon wheels, wireless shifting, disc brakes and a carbon finishing kit for under £5k. 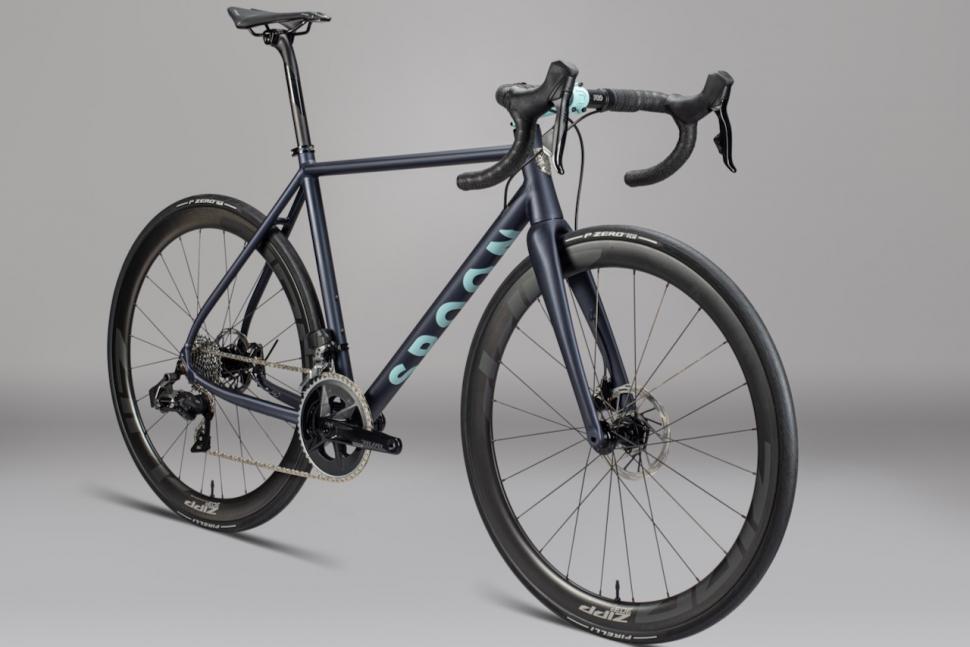 The Sestriere Scandium, which has been unveiled at the Bespoked Handmade Bike Show, is made by Spoon’s Italian builder from triple-butted scandium tubing. 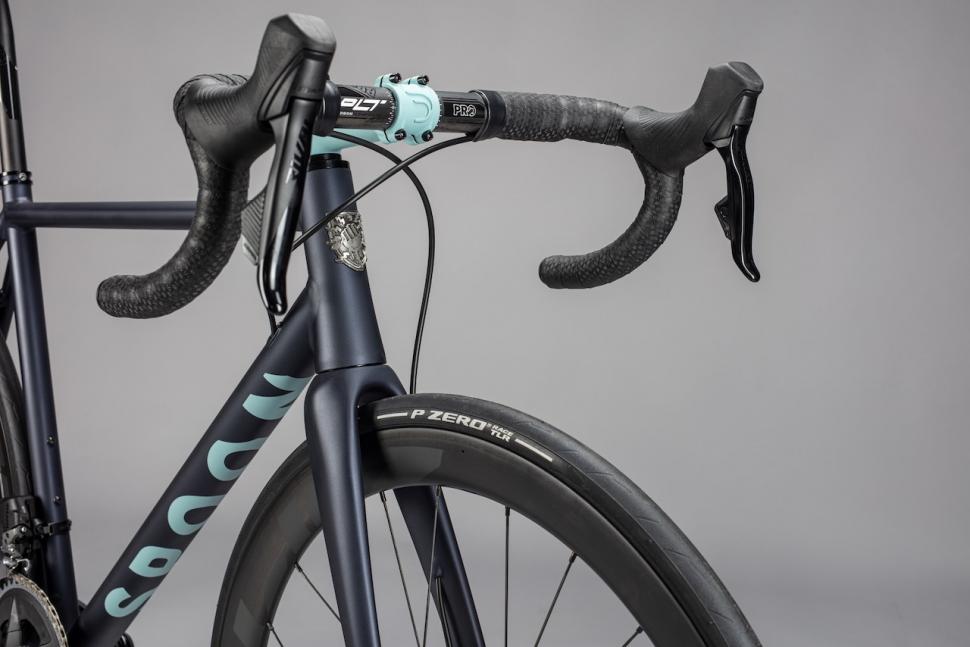 The custom fit is delivered from data collected in a three-hour process at Spoon’s Surrey HQ. The final spec is up to the rider.

The Sestriere Scandium is available as a frame-only for £1,895.

Brooks England often announces limited-edition versions of its Cambium C17 saddle and the latest is in a Barbour x Brompton finish.

> Find out what we think of the Brooks Cambium C17 saddle 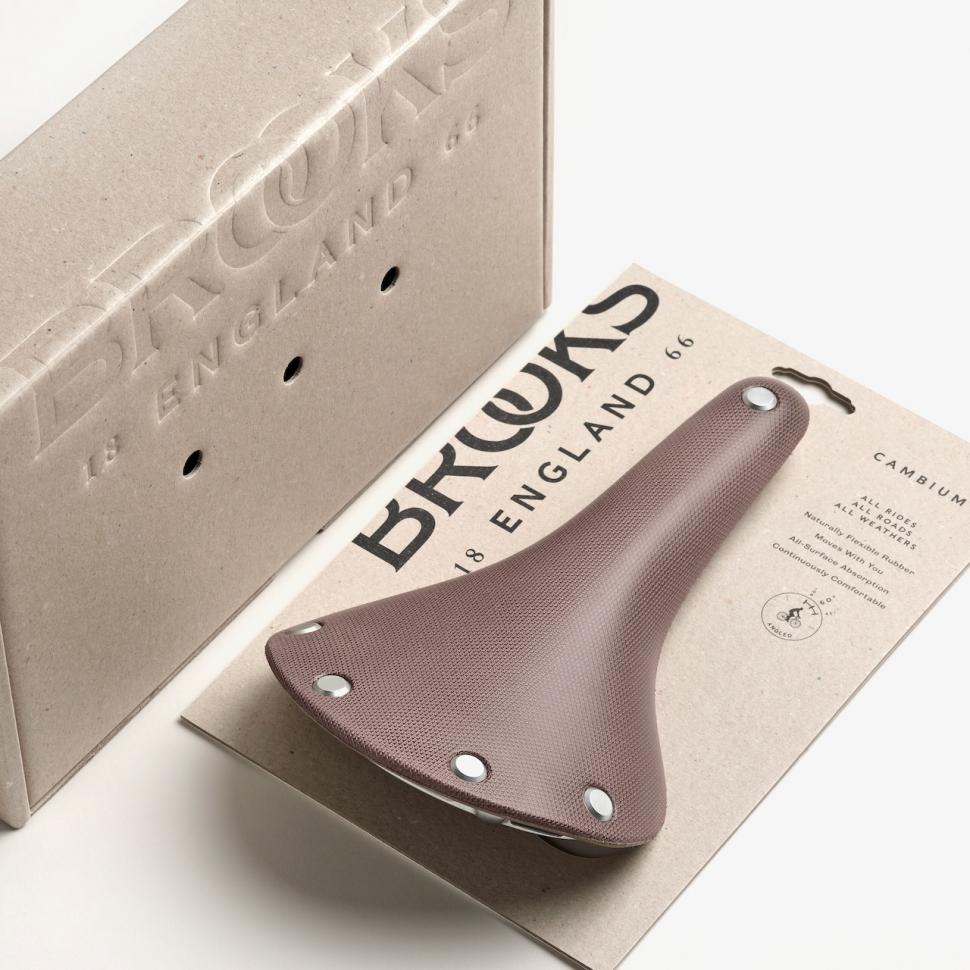 You might remember that a couple of weeks ago we told you that Brompton and Barbour had teamed up for a new bike and urban clothing/bags collection. The C17 Barbour x Brompton saddle was initially designed just for the Barbour x Brompton C Line Explore folding bike, although some in this limited edition British Brown colour are available through the Brooks England website. 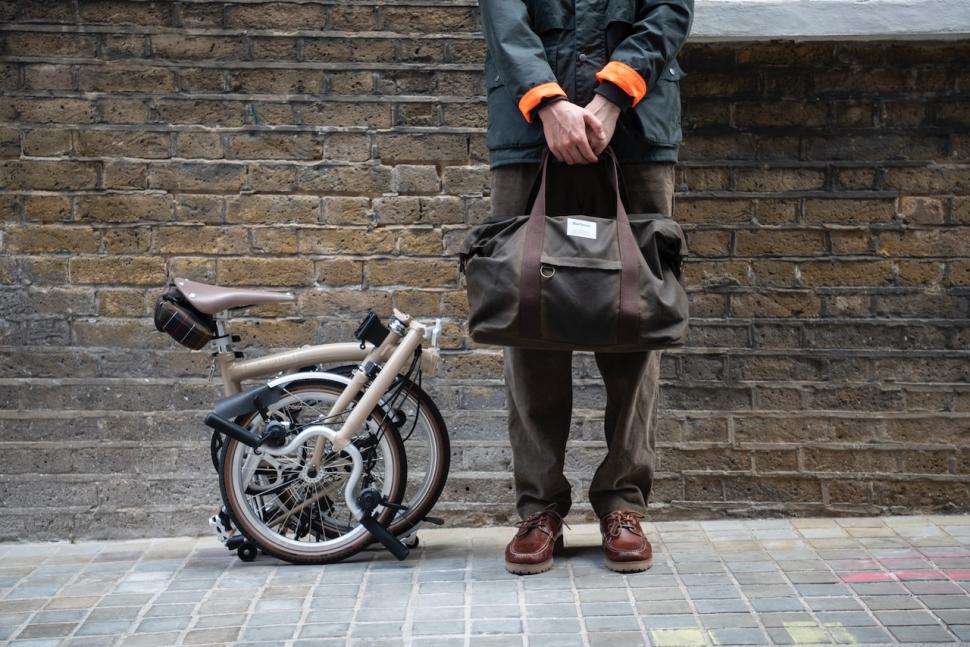 Denmark’s Pas Normal Studios has introduced what it calls its Essential Collection for autumn and winter. 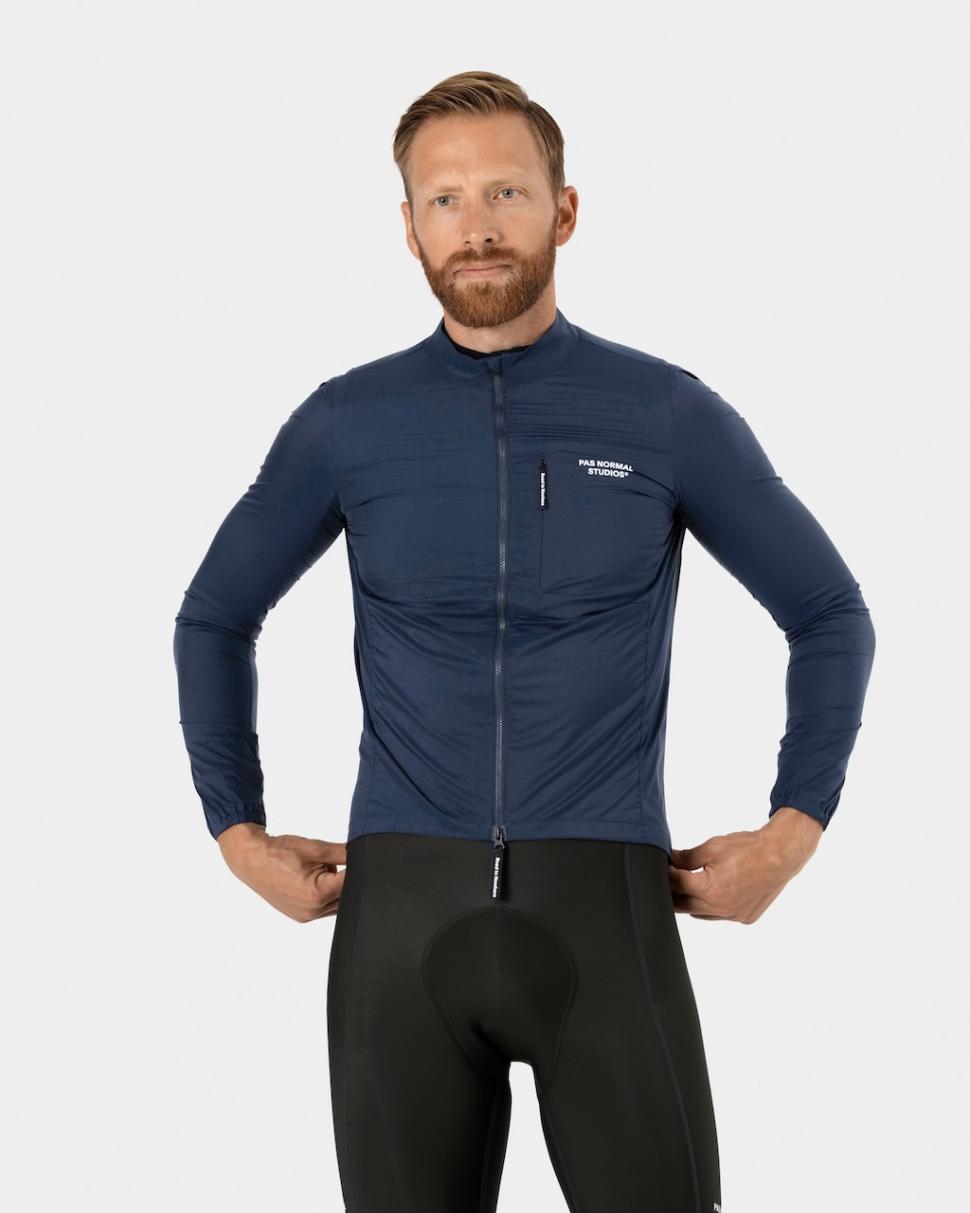 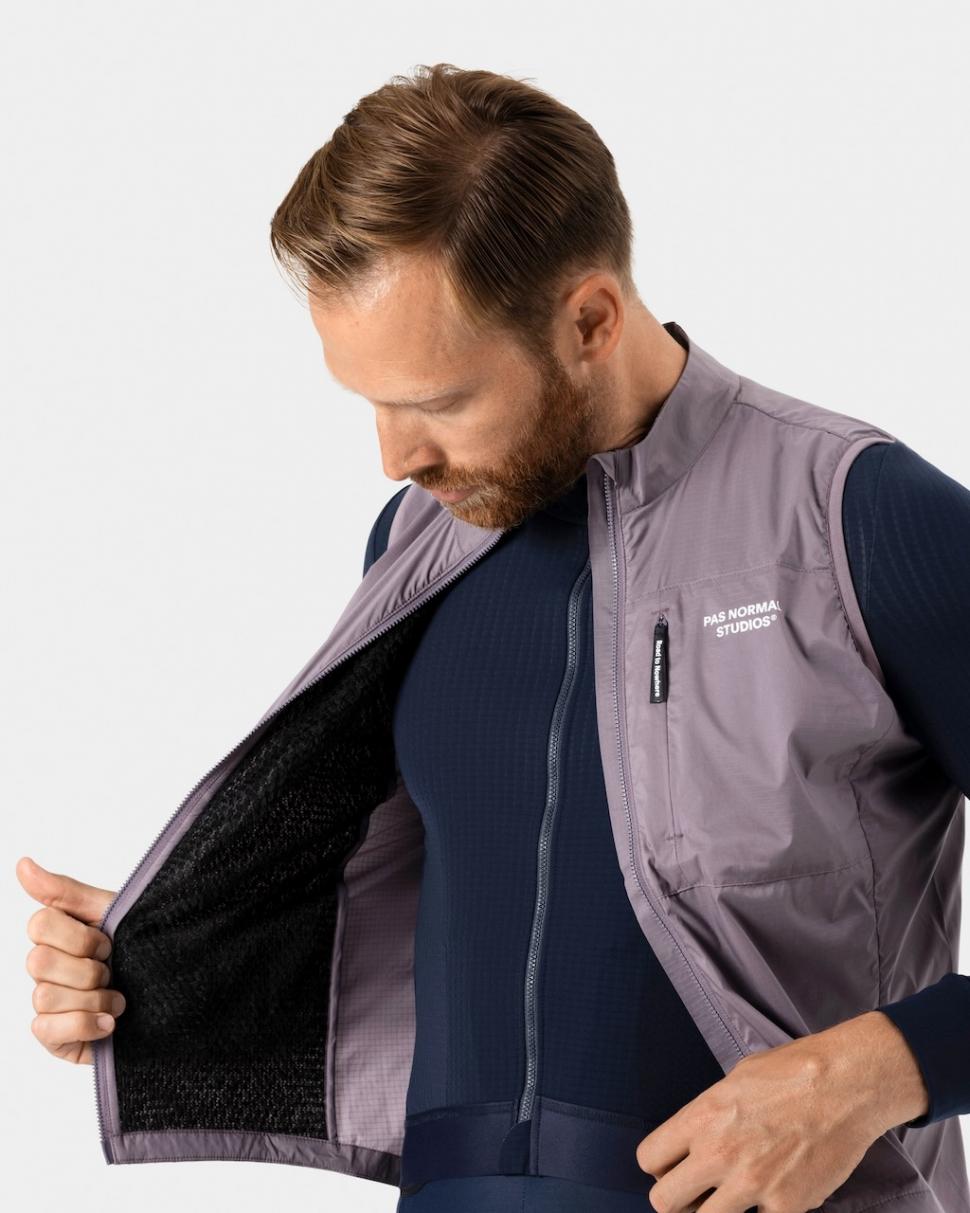 The new Women’s Thermal Tights (£225) feature an articulated knee section and a zipped side pocket. All bibs, tights, and knickers in the collection are made from a soft fleece-backed fabric with a DWR (durable water repellent) treatment 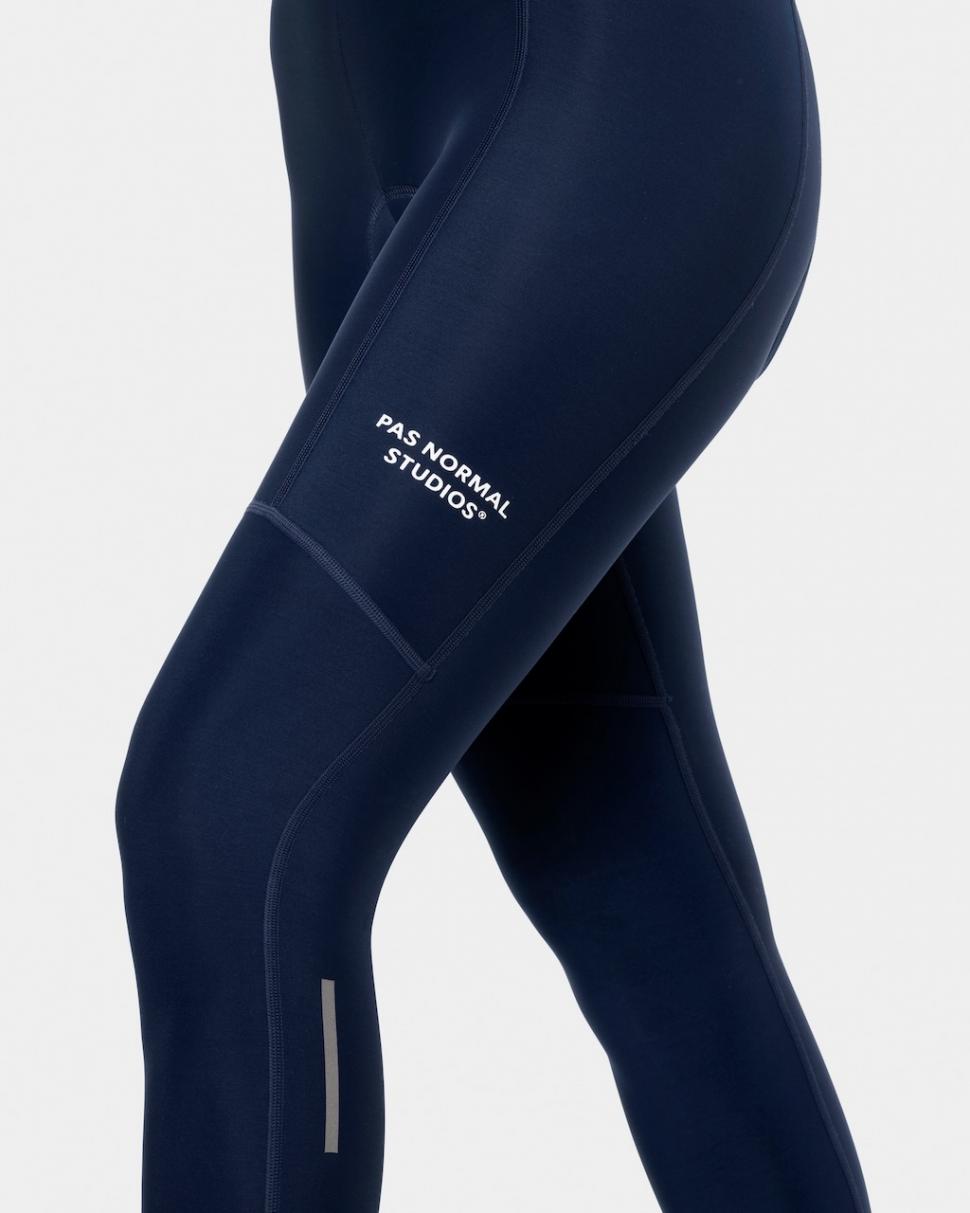 You can see the full Essential Collection for men here and for women here.

This comes hot on the heels of Australia World which we told you about in August.

Colombia World is live now in the MyWhoosh app, available on iOS, Android and Windows.

Glasgow-based Frame Cycles is introducing its debut product, a cork and titanium saddle, at the Bespoked Handmade Bike Show this weekend. 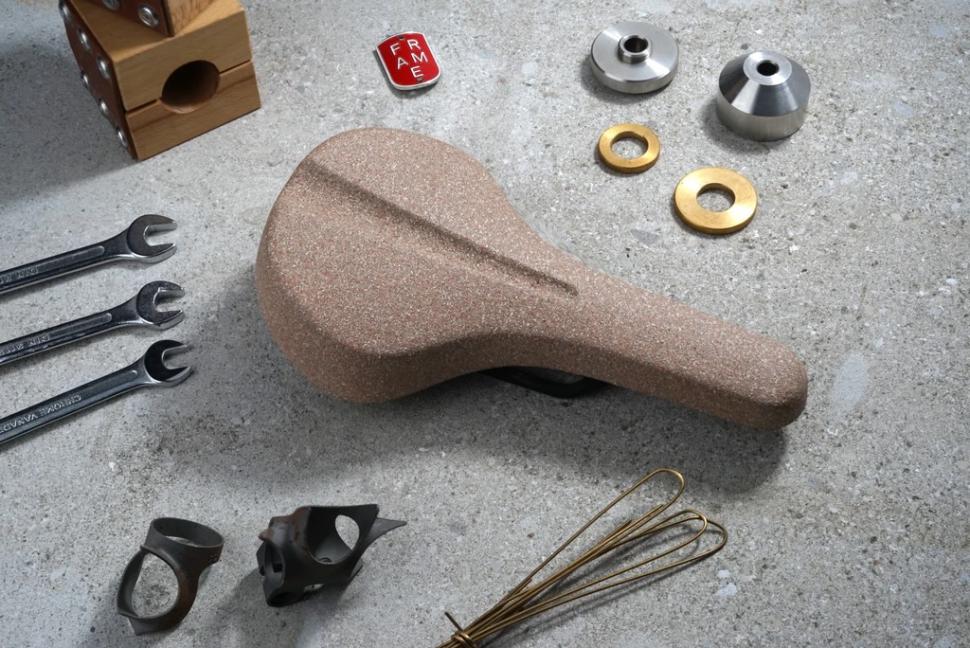 Frame Cycles’ Evan Gray says that the brand “aims to create a range of beautiful and sustainable bicycle components and accessories”. 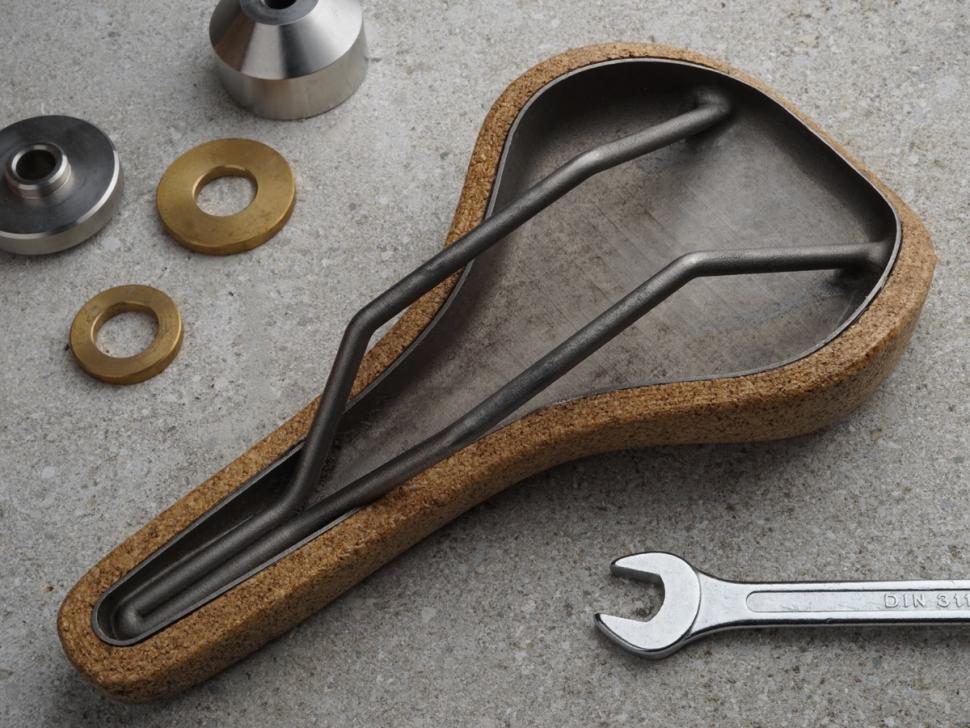 The saddle’s sub-structure comprises a stamped titanium shell and grade 5 titanium rails. A water-based lacquer is designed to provide protection and weather resistance.