You can take part in special podcast rides and group workouts, designed by Olympians, alongside Olympians including the likes of Sir Chris Hoy and Anna van der Breggen …
by Anna Marie Hughes

Zwift and the Union Cycliste Internationale (UCI) has now announced the full series of cycling events for the first ever Olympic Virtual Series (OVS) on the online training platform. The all-new OVS was launched last month by the International Olympic Committee (IOC) and is an Olympic-licensed event open to all cyclists across the world, and is taking place ahead of Tokyo 2020, between 1-27 June. The focus is on mass participation events so there’s something for everyone.

Any rider who finishes an OVS cycling event will unlock the Olympic Virtual Series-inspired kit and the official bicycle of the Olympics, the Bridgestone Anchor RS9s. 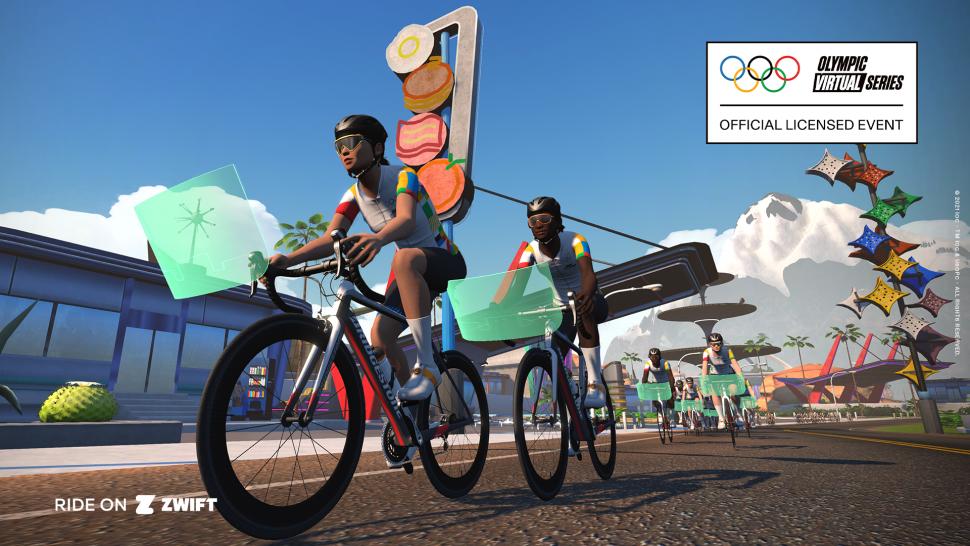 Each of the group workouts has been designed by these Olympians. “Group Workouts offer the opportunity for cyclists to train together in a group setting regardless of their ability,” says Zwift.

In terms of friendly competition, Chase Races will offer men and women of all ages and fitness levels a chance to compete.

“In Chase races, the strongest start last,” Zwift explains. “The aim of the game is to cross that line first, but with select events featuring Olympians on the start sheet, can you do it before getting caught?”

A special Chase Race, with Olympians racing against celebrities and a few community members, will be broadcast on June 18. Zwift says all riders will be gridded and set off over various start intervals—the aim also being not to get caught. This event can be watched over here.

The IOC and the UCI are also offering new Zwifters complimentary access to the platform throughout the Olympic Virtual Series (1 - 27 June). Codes can be obtained by registering on the UCI Website.

Registration for all OVS cycling events are now open over here.