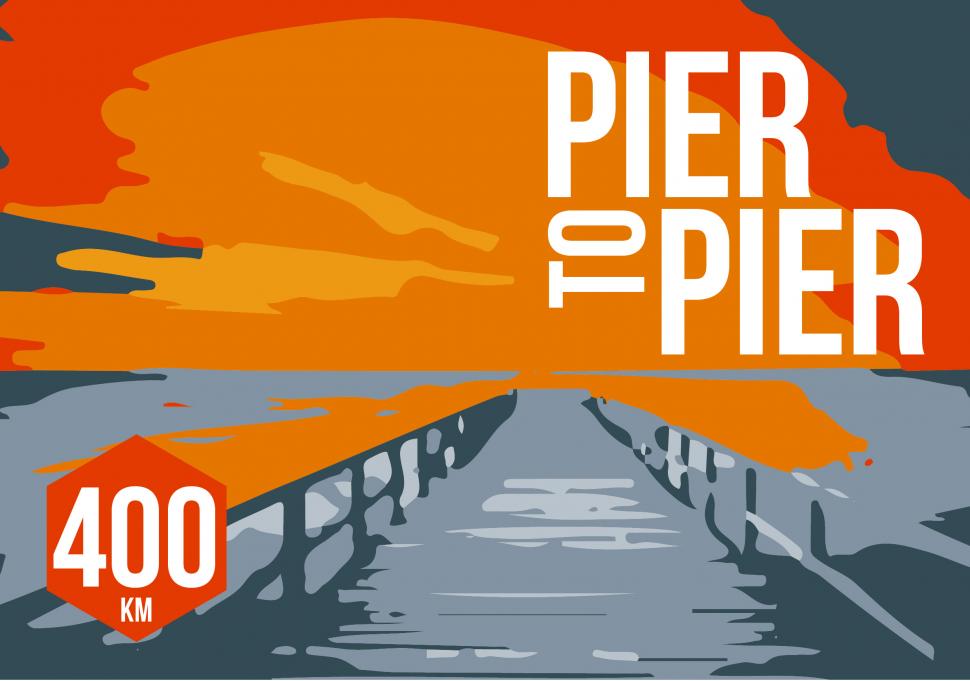 Pier to Pier
Fresh from being bad at a 600km audax, Dave's taking on a 400km charity ride

Recently I tried to complete the 600km Bryan Chapman Memorial Audax, and messed it up. Everyone loves a tryer, though, right? My next challenge is a 400km charity ride. What have I learnt?

You won't have heard of the Pier to Pier, because we made it up. A while back my friend Andy had a brain tumour removed and was told it would be back to finish him off in a couple of years; more than six years later he's still going strong, and every year he sets himself a challenge to make the most it, and to raise money for Brain Tumour Research. Last year he did the 80-mile Bike Bath sportive, and then RideLondon. This year he wanted a bigger challenge. So, we dreamt this up.

We're starting at the pier in Weston Super Mare and riding across the country, aiming to be at the pier in Walton on the Naze 24 hours later. It's almost exactly 400km. Here's the route.

Anyway, I messed up the BCM, so what did I learn? Well, to take it easy is one thing. Luckily Andy's not as quick as me, and we'll be going at his pace, so that'll rein me in. There's only three of us doing the ride, with me and Dan acting as a rolling windbreak for Andy for the majority of it. 24 hours is doable; it might take us a wee bit longer. I've been super-organised and made a timings spreadsheet, and everything, something I wish I'd done for the Bryan Chapman. How well we'll stick to it, who knows. I'm doing it as a DIY Audax; it was supposed to be part of my Super Randonneur series (200km, 300km, 400km and 600km) although that's gone south a bit with my Bryan Champan DNF. Under Audax rules, we have about 27 hours, although we don't really want to be riding into the night on the second day...

I also learned I need to be more careful with what I'm eating and drinking, as it seems I'm prone to be sick in a hedge on long rides. So I've been reading around that a bit and looking to make some changes. There are some things I habitually do on long rides – taking ibuprofen, for example – that seem to be triggers for stomach issues, so I'll take on board the advice I've found and see if it helps. We're lucky to have friends kind or daft enough to run a support vehicle for the ride, so at least if we get into trouble help won't be far away.

Anyway, I'll stick the Strava beacon on here in a comment when we set off so you can follow along. And if you live anywhere near the route and want to ride along with us for a bit, do feel free. it'll probably be especially welcome towards the end, Essex folk. Although we won't be going that fast, so don't expect too much of a workout.

And chuck Brain Tumour Research a few quid too. Cheers!