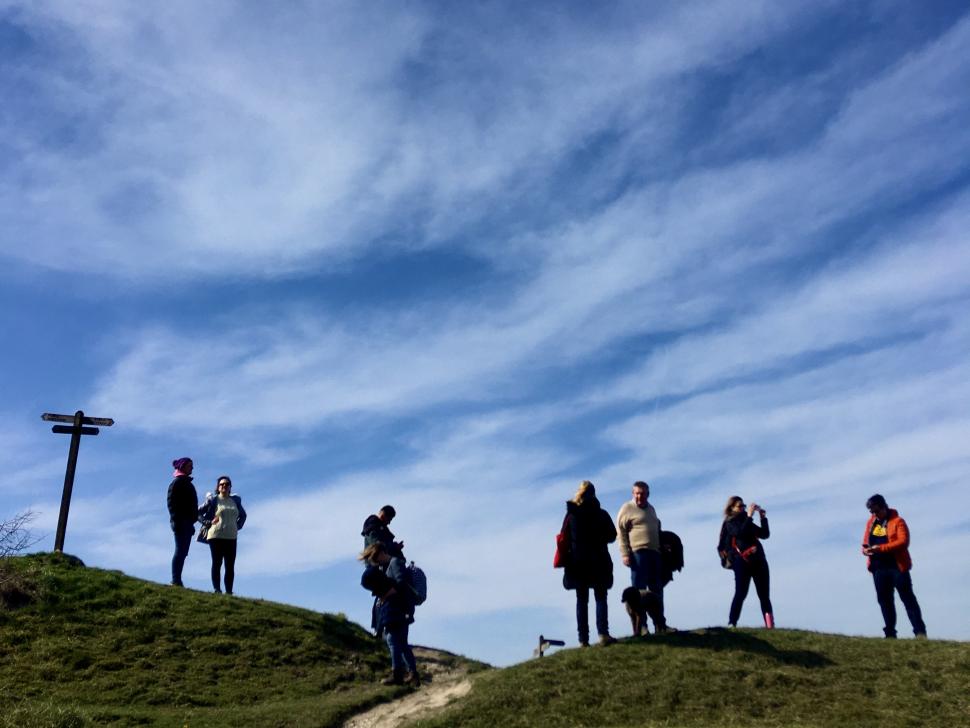 I want to be alone.

We are living in the first 23 minutes of any disaster movie you’d care to mention. All the plot details have been laid out; we’re dropped straight into scenes of shopping panic intercut with people generally going about their day-to-day business regardless whilst the scientist person spout facts and figures and gesticulates frantically at charts about the upcoming scenario and no one really listens to their warnings.

As we maw on popcorn the main protagonists have been introduced and we already have an idea about which characters are going to be the heroes and victims and which idiot in particular is going to be the first to go. There might be a cheer at this point. For light storyline relief there’s the girl and the boy who are ideological enemies but like each other really.

I went for a bike ride in an attempt to take some head-calming exercise, on the drop-barred mixed-surface bike to distance myself as much as possible from everyone and everything. Like many cyclists I know where to go where no one else goes, I actively seek solitude and the off-road route that would create minimal contact was already scribbled in my head. This didn’t quite work out as everywhere was crowded. Everywhere. I’ve been riding around these parts for over half my life and I have never seen the outdoors so crowded, not even on the sunniest Bank Holiday Weekend.

I realise that I decide to be part of the problem any time I leave the house, I could be infected and not know, or pick the virus up and carry it forward which is why I choose to ride with respect, minimal impact, deliberately hidden and along the obscure, but the sheer number of people out and about was absolutely staggering, a surprise and a shock. Any of them could be infected and not know. A ride which would usually be solitary apart from a polite nod with a dog walker or two was more like a cycle through the town centre on a busy Saturday, which is where I suspect most of today’s throng would ordinarily be judging by their dress code and outdoors etiquette. It was the first really good weekend of the year. There was nowhere else to go. They’d been told outside was free. I constantly rejiggered my route to divert onto the smallest and most underused paths I could, information gleaned from decades of riding, and even these had people on and trails that I presumed no one knew about and I would normally see one person a year on had groups of families strolling along them, with one too many taking granny for a nice meander in the sun.

A scroll through of social distancing media showed that this was not a singular experience and anywhere outside was plagued with people, not enough of them alone or safely separated but in close formation large groups, both walkers and cyclists alike. No one’s been listening, no one was heeding the distancing protocols, no one is looking at the scientist’s graphs. At a time when it’s vitally important to be isolated it was impossible to be alone. I’m pretty good at being on my own, and riding solo, it’s why I go out on a bike, but with more people slacking from home and the schools closed this is going to be harder than ever, my lifetime’s practice of being quiet and remote is going to be severely put to the test whilst being outside is still permitted.

Who knows if the end scene of this disaster movie is going to be one of hope as a society builds itself up again from the devastation to be a better place, whether the boy and the girl get it together as the crisis has brought them closer, or there’s a lingering shot fading to black of a figure standing alone amongst the smouldering carnage, a clumsy symbol of the isolating that should have happened. It’s going to be a long film so get comfy, a lot of people are going to die in the middle, there won’t be the chance to laugh at their stupidity, there will be no intermission. Or any snacks.