Roam is where the heart is: taking on the Roam Scotland Rally self-supported bikepacking ride 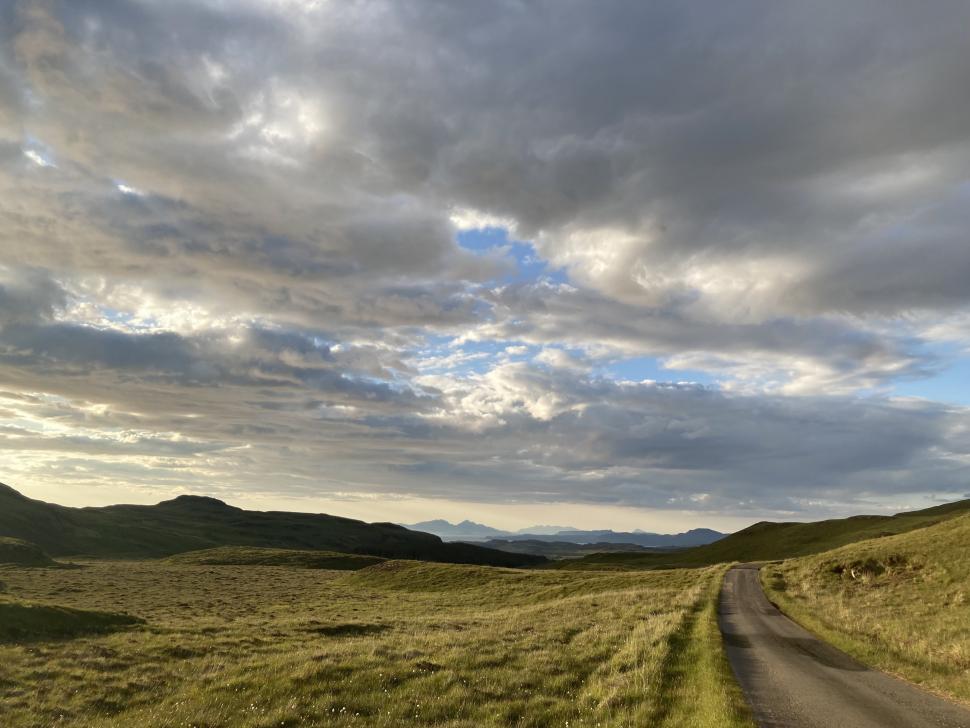 The last few years have been awkward for significant bike travel, and as I like to spend a proportion of my time doing longer rides there has been a certain amount of caged tiger back-and-forth going on.

It’s been disappointing to have to cancel a variety of big rides in this period of endless stalling, but I know simply just being able to go and do these things is an immense privilege and there are always far greater issues to be empathetic towards.

I am not complaining though, as my local riding has always been good enough for me and I can create joy through any manner of rides and routes, but the radius from home has got a little… samey.

> Too posh to bush: bikepacking (with a tent) on the Isle of Wight

Step forward the Roam Scotland Rally: not a race, more a suggestion of a self-supported bikepacking ride for everyone to start at roughly the same time over roughly the same route of about 700km. This is spread neatly across seven days with no pressure on how fast or slow you should take it, with the emphasis weighed heavily towards riding with others, enjoying the scenery and making the most of Scotland’s freedom to roam laws.

That doesn’t mean it’s not a challenge though, as there’s some sturdy terrain to hoik over. It came with the help of a fantastically detailed route guide liberally sprinkled with shortcut options if you want an easier day, and detour suggestions to look at nice things along the way.

While it may take place on the same island, and some of the islands just off the sides, I live right on the south coast so travelling to Scotland is always quite the expedition. It’s actually easier and quicker to head south to the Continent, so I’ve spent significantly more time in France or Italy than I ever have north of the border. There's the additional benefit of the weather and coffee usually being more reliable...

The day’s drive up to the Roam Scotland Rally (that went amazingly smoothly and quickly actually) was made more worthwhile and justifiable by entering the Frontier 300 coast-to-coast ride across the Borders the weekend afterwards, and spending the interim up in the area with some long overdue friend visiting and shorter bike rides. 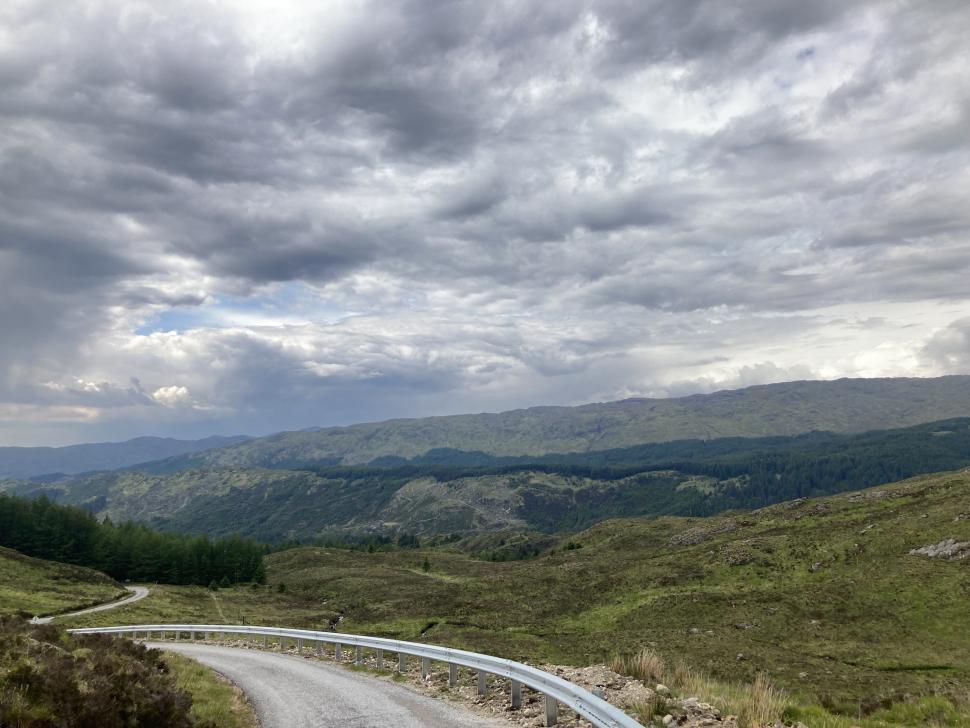 But this isn’t so much about the Roam Scotland Rally, although that was a wonderful week in itself, looping and twisting around the west of Scotland in the company of a couple of friends and bumping into other RSR riders along the way, hopping on and off ferries to connect islands and stretching our gravel bikes to the limit breaching highland passes; because while all of that is amazing and worthy of several thousand words in itself, this is about rediscovering that multi-day, self-supported, keep on pedalling, totally immersed in the landscape with an excitement about what might unfold over the next summit and around the next corner feeling.

It took until the final day, as these things often do. Maybe all the information had to filter through in order to gel into a well-formed conclusion, or maybe it was just the flow and personality of the roads as we rode around the coast of Mull in the final kilometres that did it. They are truly magnificent roads that spill more beautiful views every time you round another bend. Dancing down those dirty and dusty trails, take it hip to hip, rocket through the wilderness…

The romantic in me likes to think that as a son of a pilot and air stewardess I have travel implanted in my bones. Even if that's not the case, I spent my childhood criss-crossing the world sometimes in the spare seat in the flight deck and have restless legs and movement in my soul, a state of perpetual motion is my engrained mood.

Even sitting still I will be fidgeting, with a jiggly knee that can become an annoyance to others at the table, so to be constantly rolling along once more was like coming home. Whatever it was, I have missed this.

Then, trying to remember what happened in the morning as it’s all a bit of a blur, because so much has happened beneath your wheels since then, and it being even harder to recall what happened yesterday because that might even have been the day before…

Then stopping for supper, wherever that might be, and rather than calling it a day on the bike as you usually might, keeping going instead and looking for somewhere quiet and out the way to bivvy. A process made easier in this higher latitude part of the world as it edged towards the longest day, and the daylight kept on going well into what should have been night and played with our heads a bit.

Being abundantly lighter later and the sun being in the wrong place in the sky for the time of day was always confusing and something our more southerly brains couldn’t get used to. This was a social ride, but if it was an event that rewarded constant onward pedalling that extra light at both ends of the day would have made a substantial difference to the easy accumulation of mileage. As it was, it just made for a better view from the tent. 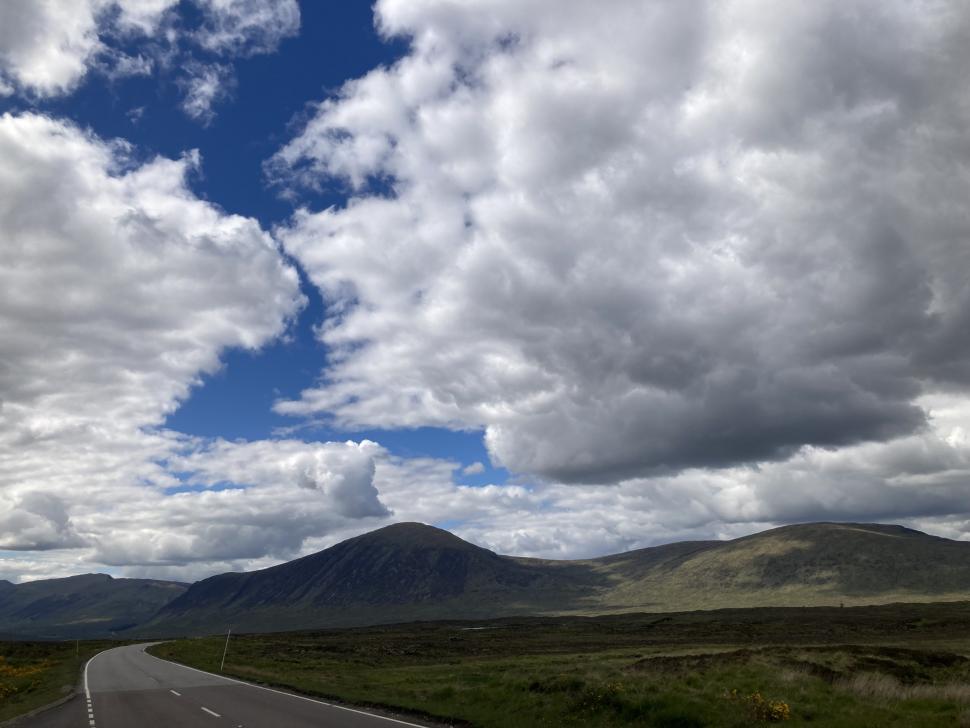 I have missed riding through the shit bits and then instantly forgetting them. I think you need to endure a certain amount of inconvenience to get to somewhere special; everyone would do it if it was easy, and long distance multi-day travel will always have its crap moments. I have done enough of it to know that the shitty bits are an inevitability of racking up the miles, it’s not all Instagram-perfect content.

I have missed knowing that it will soon be over and something better will be just over the next hill. The frequent hard-grinding climbs get compressed to single snapshots of hurt in the memory, while the following whooping descents replay to be much longer. I’ve already forgotten hiding in a bus stop for half an hour waiting for the rain to calm down, and the same under some trees by a main road during a downpour with additional lorry spray, and that sudden evening thunderstorm whose preceding wall of wind had us scurrying into our tents... or rather I still remember, but it has a rose tinge of nostalgia and doesn’t seem as bad now as it actually was.

I’ve forgotten the midges chewing my ankles on the first morning, and the ones by the castle, and the arm-flapping frustration of the ones by that beach, and the cloud that made that swift puncture repair a mild form of torture, and that endless tedium of the main road along the loch with life-threatening traffic on the way to Glencoe. All of these were shoved deep into the dusty drawers of anecdote on the sinuous road around Mull. The bikepacking bike had long stopped being an overladen lumbering sluggish beast, and had become a swift enabler carrying all I needed for the week for the world we were in. I had extra snacks strapped to the top, a vehicle to transport me to amazing places and the feeling that while there were only a few more miles to go, I really didn’t want this to end.

Instead of negotiating the complicated train ride then bike ride then car drive logistics we had yet to somehow work out, I could theoretically just keep going to who knows where. Around the world the trip begins with a kiss, roam if you want to, roam around the world.