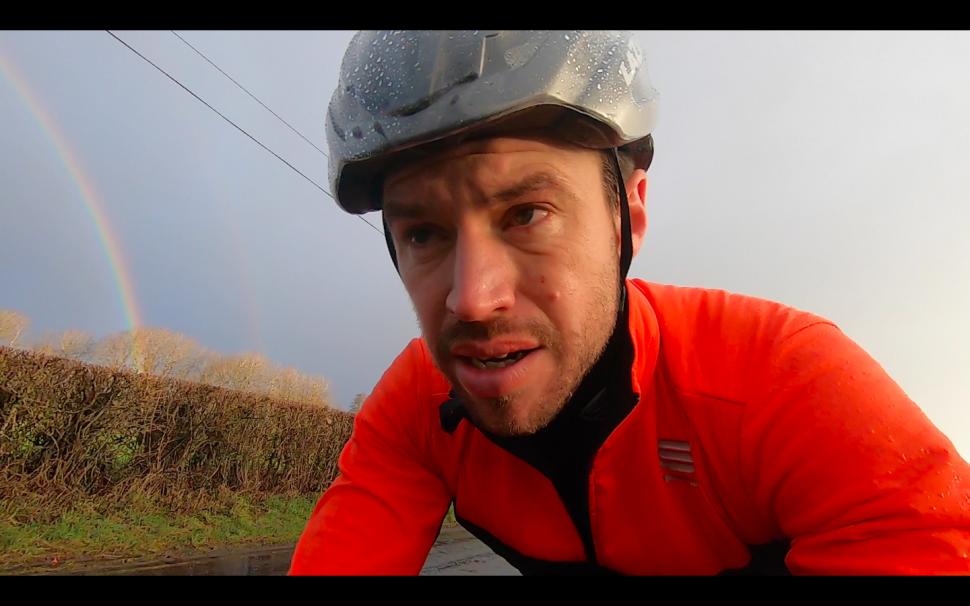 Festive 500 nonstop Matt Page 1
500km in the rain and cold, on Christmas Eve? Inspired by his fundraising drive for the Cardiac Risk in the Young Charity, Matt did just that and clocked up the distance well before Christmas day. Here's his recap of the challenge...

Many of you who have taken part in Rapha's annual Festive 500 challenge will be getting your final rides in in today (weather permitting) to get up to that magic 500km mark... not so for road.cc and off.road.cc reviewer Matt Page, who set off a stroke after midnight on Christmas Eve, and returned 500km and around 18 hours later to complete the whole thing in a day.

The challenge was for a very good cause, with Matt raising over £3,700 for the Cardiac Risk in the Young (CRY) charity at the time of writing. Somehow he's mustered up the energy to tell us all about it, in video form above and in written form below...

"For many riders around the world, the Festive 500 is something to look forward to. It gives us a goal and target to help us get out on the bike over the festive period, which in the UK at least can be difficult at times with the weather.

Since 2012 I have taken part in and completed the challenge, usually taking nearly the full eight days allowed to complete the task. In recent years, however, I've taken on a large chunk on Christmas Eve, starting at earlier and earlier times with the aim to ensure a chunk is out of the way, allowing me to relax a little more over the week between Christmas and New Year. The furthest I have attempted before was a 330km ride, and as difficult as that was I have wondered since how feasible it might be to complete the full 500 in one go.

It is a challenge that many before me will have no doubt attempted, although perhaps most often by riders who have the luxury of a warmer climate. With the target set for the 2020 Festive 500, I decided to add extra motivation and ride in aid of Cardiac Risk in the Young (CRY), hoping that it would spur me on during low moments knowing that by continuing I would likely raise more money for a fantastic charity. 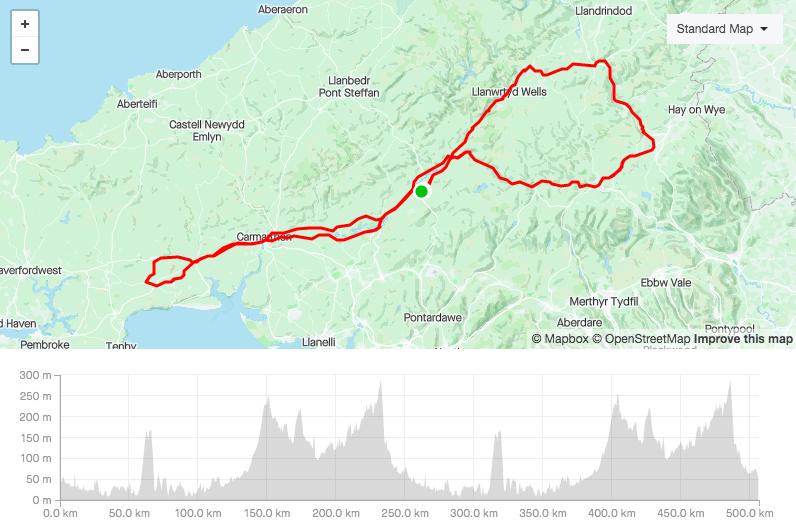 Roll on December 24th, and my plans were in place... although not before a Welsh lockdown had thrown a spanner in the works! Fortunately I had already thought ahead, so changed the big loop I'd originally planned to a two-lap route, which was also a figure-of-eight. This would mean all laws and regulations were followed, as I would not need to stop at any shops along the way, instead refuelling from a box left at a point I would ride past three times.

As midnight came and Christmas Eve began I set off, and thankfully the forecast was reasonably kind with little or no rain forecast (the weathermen got this bit wrong!) and temperatures that would start mild and windy before both dropping through the darkness.

The dark hours, up to around 8am, passed by without any issues. The bike I had was perfect, and I was eating as much as planned with no ill effects. I did start feeling some small niggles in my knee and worried about saddle sores at around the 100km mark, which both thankfully amounted to nothing. 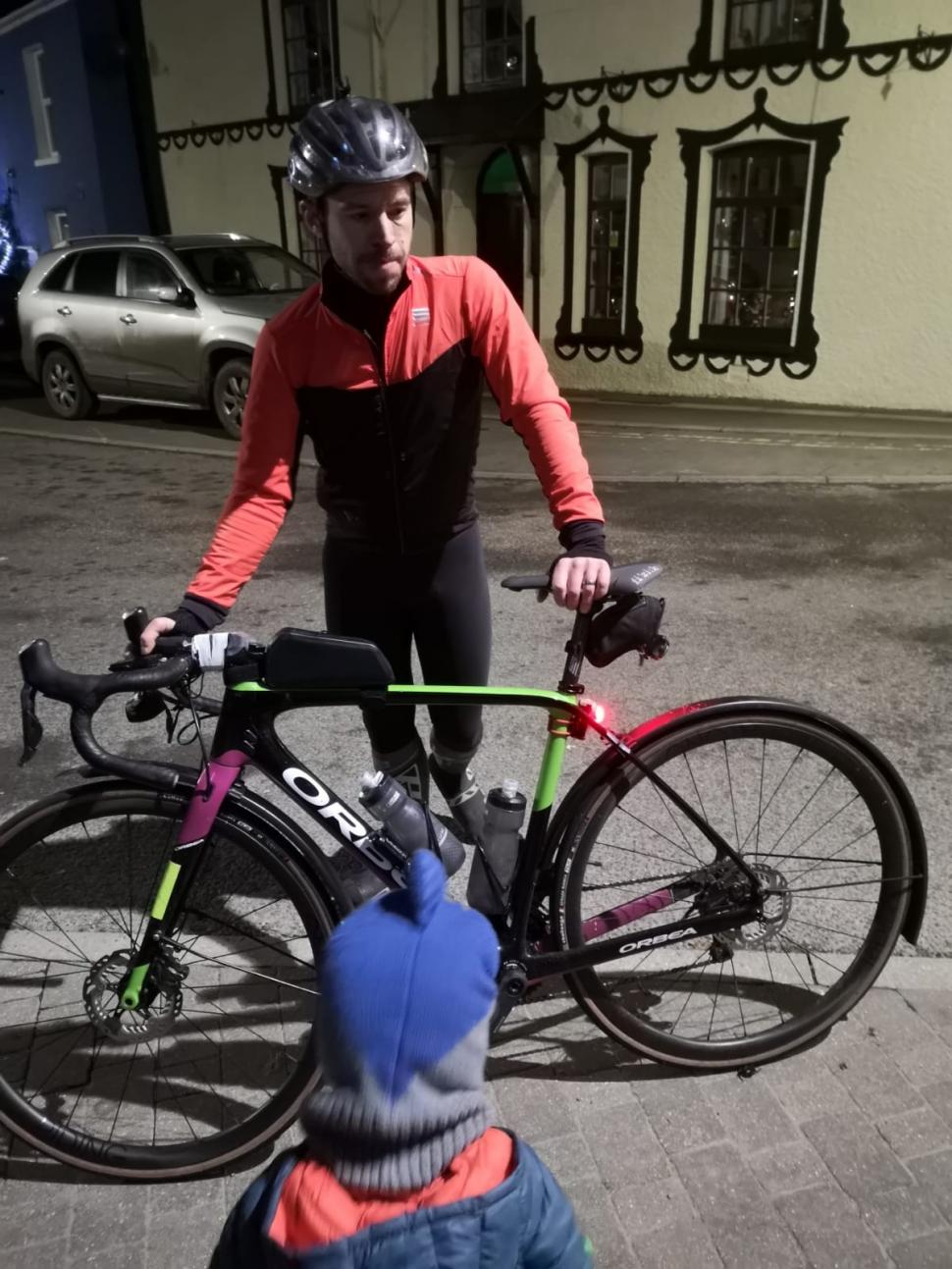 At 200km in, the pain and tiredness began to grow. Fatigue and sleep depravation was building, as I had not managed to sleep before starting so had been up since 7am the morning before. Things went from bad to worse, as I found my computer seemed to refuse to charge whilst riding. I then dropped my spare light as I attempted to recharge that, and finally the rain began. I surprised myself as at no point did I ever think about quitting, which would have been all too easy given the route. Instead I pushed on, hoping things would improve, and luckily they did... or at least they did until I turned around after 300 kilometres and started riding into a headwind! With tired legs and a tired mind this was almost my breaking point, and the worst thing was this was all happening not far away from the point where I could stop - but I made it through, just.

I was fortunate not to have any mechanical issues throughout the ride, other than the recharging problem, and also no issues with drivers. The closest pass was ironically an ambulance of all things, and on a wide, straight road.

After riding 380km I refuelled at the final stop, wolfing down a bowl of super noodles. At this point I must have seemed distant and out of it, but while I was tired and also pretty angry at the headwind for the previous 30km, I also wanted to avoid all potentially negative thoughts. Had I been asked “Are you OK?” there would only have been one true answer - so I felt it was best to just eat and nod before heading off for the final stretch, a 120km loop with a long gradual drag and a few sharper kickers. I did have at least some hope that a northerly breeze would mean a tailwind for the final 30km.

The first 60km of this section was mentally tough with a long, gradual 20km uphill drag, a few nasty kickers and then the last of the light fading away. Things did improve, and the final 50km was actually quite enjoyable. A few people I knew who were following the ride online came out to cheer me on, boosting my spirits, and then when the tailwind finally arrived for that last 30km I could have been on the starting line of a race such was the rejuvenated spirit within me. 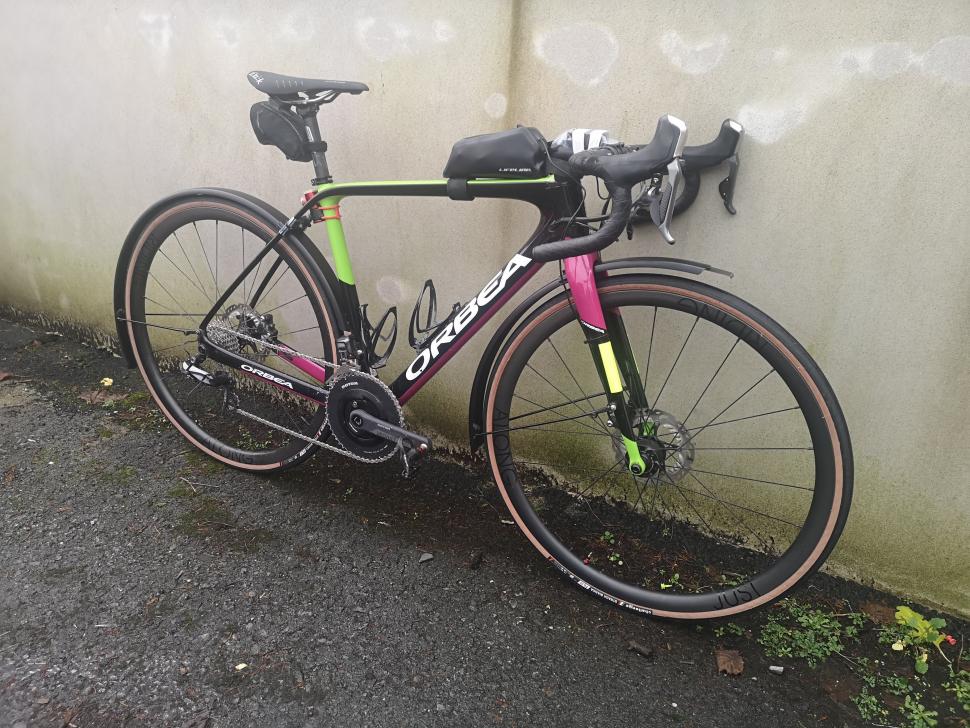 Crossing the finish line, I'd completed a total of 502.10km in a total elapsed time of 18 hours and 48 minutes, equating to an average speed of 26.7kph for the full distance - this broke all the previous goals that I had in mind. The reward for completing it was not just the ability to eat a little more on Christmas Day – which actually I managed to stay awake for in full – but watching the fundraising grow as more people donated."