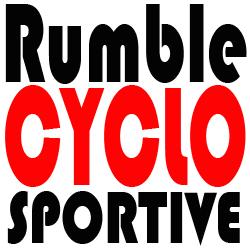 Burgess Hill town centre will again host the start & finish of all four rides of The Burgess Hill Rumble.

Now in its 8th year the Burgess Hill Rumble is the flagship founding event of the SRS Events cyclosportive series.

That makes four excellent routes available on this cyclosportive which travel over some of the most beautiful parts of Ashdown Forest and the Weald.

The longest route called the Classic Route is extremely hard and should only be considered by the strongest of cyclosporitve riders. Thankfully the other 3 routes should cater to all other abilities, offering a great day out on the bike for everybody.

With great signage ensuring you don't get lost and excellent feed stations no wonder this ride has been so popular now for 8 years.

If you rode the Springtime Classic event in March or have ridden this route before, you will know that the Classic route has many iconic climbs and descents to test riders, notably the Classic route on the Rumble cyclosportive also has Yorks Hill and Toys Hill as well as Pillow Mounds Hill, Kidds Hill, Groombridge Hill and the infamous short but steep Cob Lane Hill. It's a real hill & descent fest set in some really lovely countryside.