“Did you enjoy that? Any complaints?” asked Neil Smith, co-organiser of last weekend’s Anthony Maynard Sportive, as he swiped my timing chip on the finishing line. Perhaps he’d read some of my previous reports. “Yes” and “No” respectively, were my responses offered in those mildly euphoric, endorphin-enhanced moments when the pedalling stops, in this instance after 110km in the saddle.

A couple of days later there are no reasons to contradict that initial assessment of an event which commemorates the life of Reading Cycling Club member Anthony who died, aged 25, after being struck from behind by a van while out riding in July 2008. 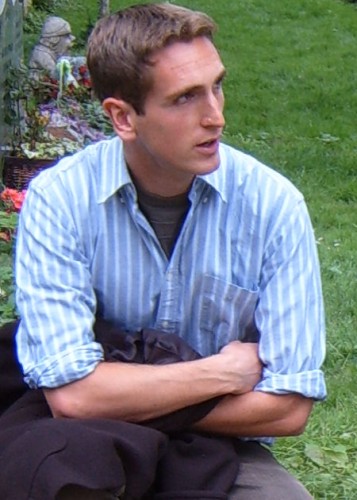 Those tragic circumstances lent an air of poignancy to the event in which Anthony’s family, friends and fellow club members come together to ride, marshal, organise and also to enjoy a day which keeps his memory alive while raising thousands of pounds for charity.

With two route options, the longer being 195km, there was a feast of classic English countryside for the 377 starting riders to get stuck into. Both routes included plenty of lumpy sections that broke up the rhythm and sapped the energy, particularly for the high percentage of casual riders whose participation in the event is mainly due to a connection with Anthony.

One of the beauties of this type of charity-focussed, club-organised sportive which benefits from the good will of a wider community is that volunteers are plentiful and there is no corner-cutting when it comes to the fundamentals. Consequently, with motorbike outriders or static marshals at all major junctions, first class signage and even “reassurance stickers” on street furniture, it was nigh on impossible to make a wrong turn on either route. The feed stations, meanwhile, were unique, reflecting Anthony’s adherence to vegetarian and later, vegan diets and ethically-sourced food products.

Weather conditions for riders leaving event headquarters at the Theale Green School, handily located just off the M4 in Berkshire, were fresh, overcast and breezy; not at all bad for a long day on the road. The stiff, gusting south-westerly didn’t do anyone any favours early on but was to come into its own later. Riders on the long route encountered a consistently hilly route that took them up to a high point of 269m in the Marlborough Downs and included 2900m of climbing. For those on the 110km route there was 1350m of climbing making it a challenging day for the casual cyclist but a decent distance for those not seeking a hilly century ride but who still wanted to test themselves.

The first feed station located at Hackpen Hill offered an ample selection of sweet and savoury sustenance in the form of fresh fruit, biscuits, energy bars and organic orange squash rather than a conventional electrolyte drink. It all worked for this rider and shortly thereafter the ride entered the self-styled Valley of the Racehorse where the sights, sounds and smells of expensive horseflesh periodically engaged the senses.

The long and short routes split at Lambourn with the long riders continuing west to the Marlborough and Pewsey Downs while the rest of us followed the course of the river Lambourn in a south easterly direction before crossing the M4 for a second time near Welford. The route then meandered through some narrow country lanes until it reached the final feed station located at the Acorn Ridge natural burial site where Anthony is interred. It was a chance to meet and chat to some of his extended family as well as to sample a bewildering array of organic and ethically sourced food products donated by companies which reflect

Anthony’s tastes, beliefs and principles. It was a nice touch by the organisers and in stark contrast to other sportives, the volunteers actively encouraged riders to fill their pouches. For the record, the Beetroot juice shots went down particularly well with this punter while others were heard to rave about the organic baby food smoothies.

Suitably refreshed, there was more lumpy topography to dispatch until Red Shute Hill about 15km from home. Thereafter, apart from a final kicker, it was a downhill false flat virtually all the way back to Theale. Consequently, with wind assistance and a bit of grunt even the moderately athletic were able to cruise at circa 20mph.

Back at event headquarters, certificates, massages, showers and a fine selection of generously-priced food and drink were all on offer – everything the hot, sweaty, achy, tired and hungry rider could wish for, in fact.

As ever, road.cc took the pulse of riders – so to speak – as they scoffed post-ride tea and comestibles. 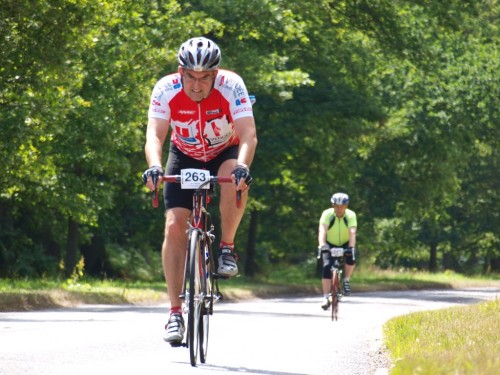 Paul Milnes of Walton-on-Thames thought the short route was the perfect distance for his abilities. “It was hilly without being ridiculously so,” he said. “The signage was very clear and the warning signs and marshals at danger points were good. It didn’t feel corporate and I chose it because it is a charity event but one which suits people who are regular riders.” 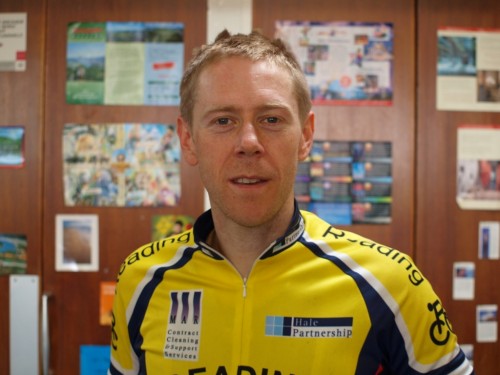 Reading Cycling Club member Nick Davies was one of the trio of club riders who came home first on the long route. “I don’t usually do sportives but this one is different and it’s nice to do something in Anthony’s memory, he was a good sportive rider himself,” he said. “It’s quite a challenging course, with lots of short sharp climbs in the last 30 miles. The feed stations were excellent, there was nothing you couldn’t get.” 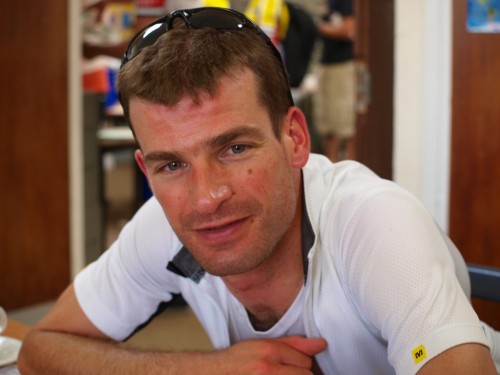 Along with Nick, Jim Peters - possibly the world’s fittest London cabbie - was one of only a handful of riders to crack the long course in under six and a half hours. Tucking into a serving of fruit cake that looked big enough to choke a horse, he offered a seasoned racer and frequent continental sportiver’s view of the occasion. “The most important thing on any sportive is the signage and they got that right,” he said. “It’s good that it’s run by a local bike club and not a commercial operation. It can’t compare to the sportives in France that I usually do but for what it is, it’s excellent. I’d come back again if it suits me logistically.” 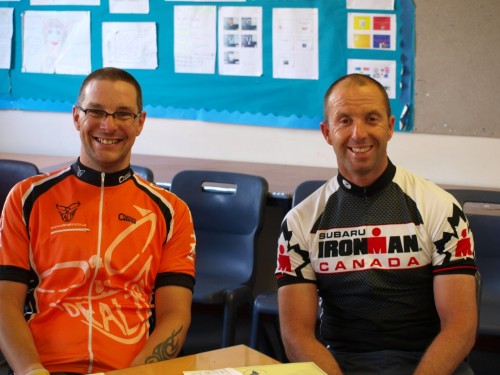 Lex Dalton and Tim Malpass of Deal Tri were impressed by all aspects of the day. “The car parking and pre-ride catering were good and we couldn’t go wrong on the route with all the marshalling and signage. That was important for us as we are outside our usual stomping ground and had never ridden these roads before,” said Lex.

“The feed stations and catering at the end were excellent, there was a fantastic choice and they were manned by helpful, smiley people,” added Tim. Both said they would be happy to come back next year, hopefully with others from their club. 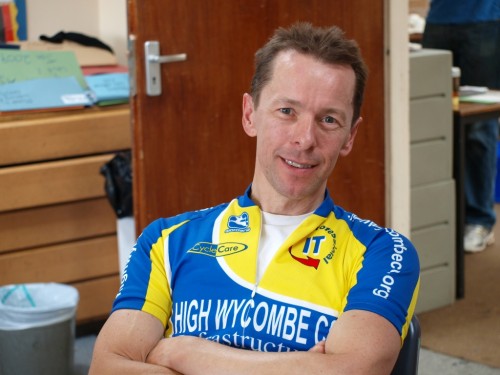 Ian Sands of High Wycombe CC also thought the feed stations were a bit special. “They were unique and even the baby food was a big hit for me!” he said. “The course was full of persistent little digs that were leg-sapping but I’d recommend it to my club-mates for next year.”

Dan Merckel also enjoyed the day “I was struck by the friendliness of the event, it was more of a feature than other events I’ve done,” he said. “The feed stations offered my kind of fare and the one at the burial site framed the event nicely for me.”

Ian Doyle had come back for a second year and said he’d return for a third. “The course has a good variety of different types of climbs. It’s a very friendly event, easy to get to and they do well to avoid busy roads in this area,” he said.

That kind of repeat business will please co-organiser John Hollands of Reading Cycling Club. “Last year we raised £6000 for charity and we’re hoping to top that in this and future years,” he said. “The whole event is designed to honour Anthony’s memory and reflect what he stood for. All of the profits go to four charities, World Society for the Protection of Animals (WSPA), Helen and Douglas House hospice, Air Ambulance and Road Peace.”

road.cc also spoke to Anthony’s mum Sue and sister Theresa. Although in many ways a sad day for them, they spoke with pride about a son and brother who loved his cycling but who had numerous other interests and was passionate about the issue of animal cruelty in the developing world. He had made monthly donations from his payroll to WSPA from the age of 21 until his death.

“He was so well loved and such a good cyclist but was very modest about it,” said Sue. “He also liked walking and climbing and at the time he died he was experimenting with keeping fit on a vegan diet and he actually found he was going faster on it.”

“Although we are sad all the time, this sportive is something positive we can do for Anthony as it helps promote the causes that were close to his heart. We feel he’d be chuffed about it.”

Based on our experience, it’s clear that he would be.