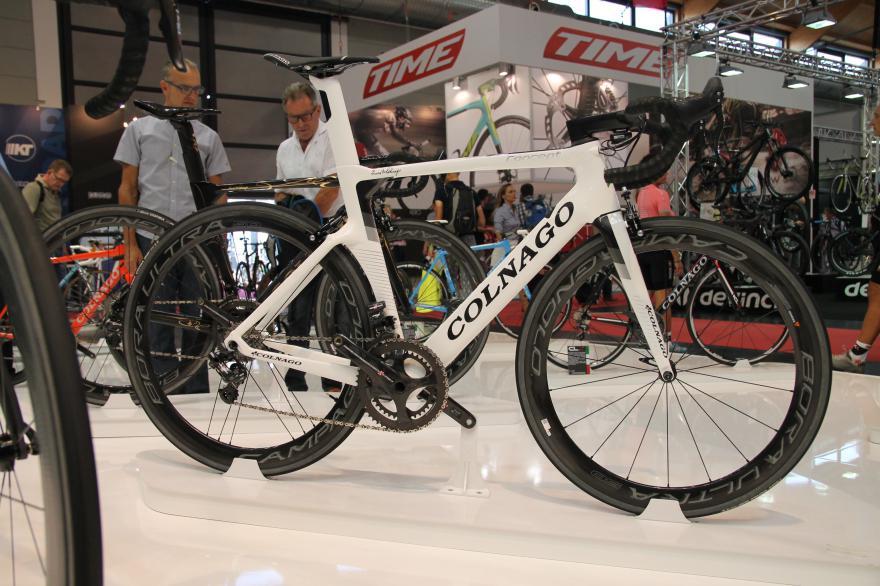 There are some recurring themes in this year's most interesting bikes. Disc brakes are growing in popularity and we've seen them become hugely popular on endurance models, bikes built for comfort and distance. Race bikes are starting to get similar treatment, such as the bikes from Ridley and Cannondale in this article, though there are still choices if you don't want disc brakes. Lastly, adventure and do-everything bikes are increasingly popular and there are a couple of those in this roundup as well. 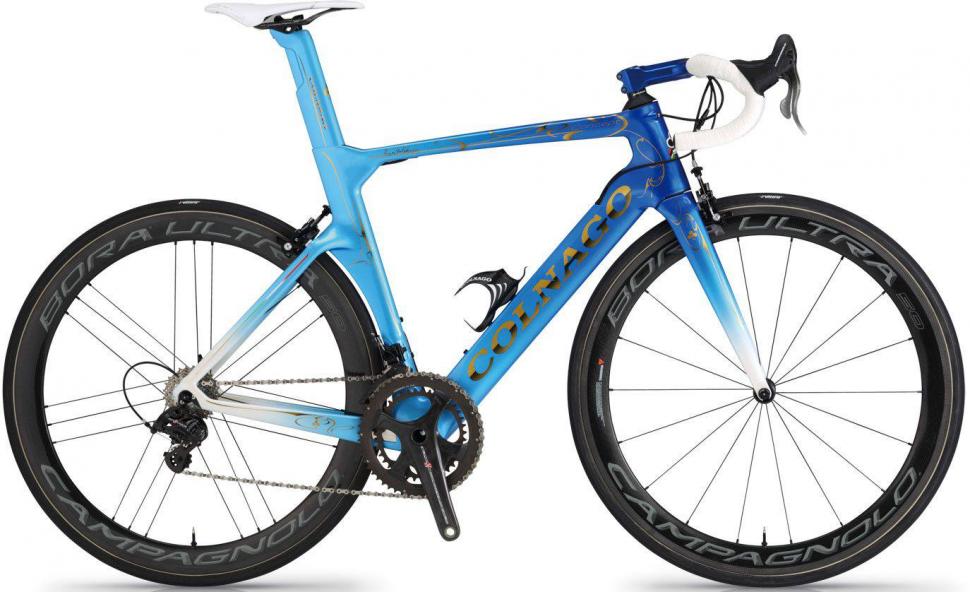 Colnago has dabbled in aerodynamics before (with the V1-r) but the new Concept is the Italian company’s first true aero road bike. And what a striking bike it is to behold. The Concept name harks back to a collaboration with Ferrari to produce a carbon road bike back in 1986, but there’s nothing historic about this new version. It offers all the very latest aerodynamic design features but stops short of any mad integration that we've seen on other aero road bikes.

Read the full story of the new bike here

Read our review of the Colnago Concept 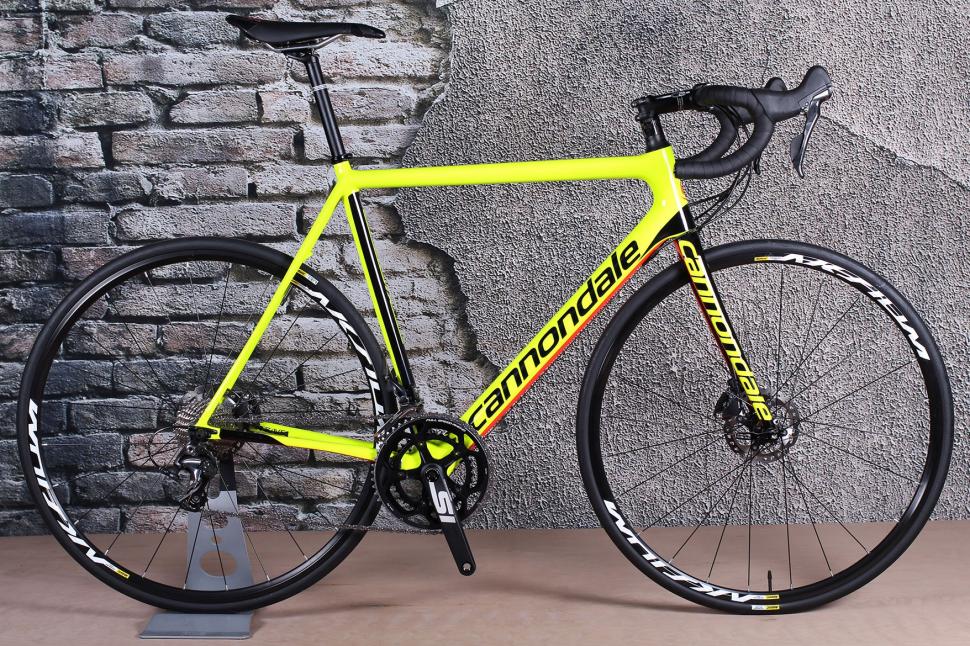 Cannondale has given its flagship race bike a disc brake overhaul for 2017 - don’t worry, it’s still available with rim brakes as well. Featuring a completely redesigned frame that manages to retain the distinctive appearance of the classic Evo, the frame is claimed to be lighter, stiffer, more comfortable and more aero. Key details include flat mount disc brakes, internal brake hose routing, a new fork with a 12mm thru-axle and a regular quick release rear ale.

Read our review of the Cannondale SuperSix Evo Disc Ultegra 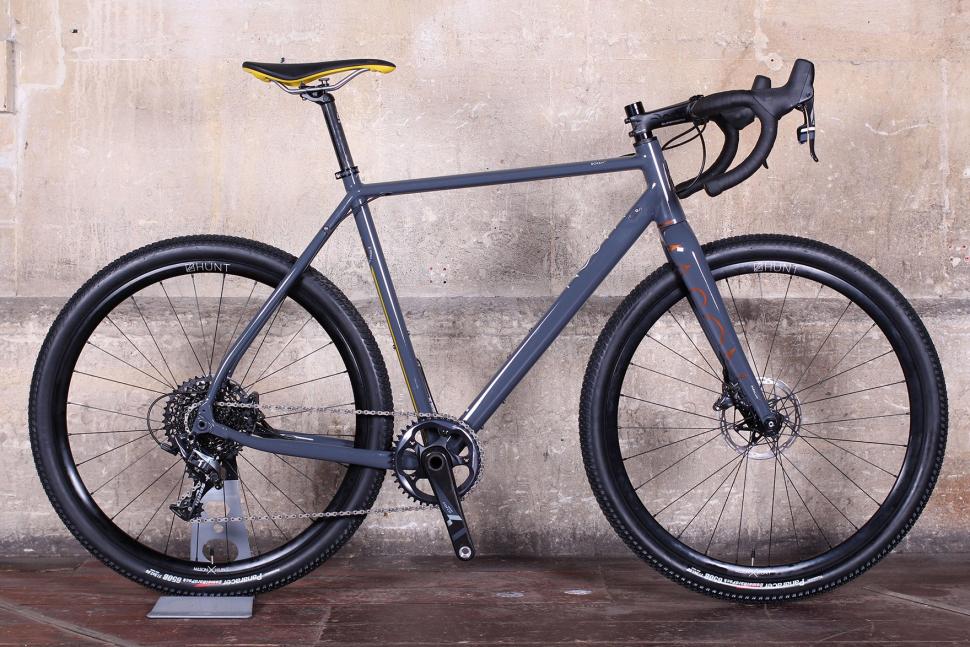 Following on from the successful Resolution and Definition, Mason Cycles enters the growing gravel and adventure bike market with its bold new Bokeh. It’s initially offered just in aluminium (a titanium version is on its way soon) and it features disc brakes, internal cable routing ad clearance for up to 50mm tyres if using a 650b wheelset or 41mm with a regular 700c wheelset.

Read our review of the Mason Bokeh Force The Cannondale Slate, with its 650b wheels, fat tyres and Lefty suspension fork was one of the most interesting new bikes last year. For 2017 Cannondale is aiming to offer a more affordable version and has produced this Slate with a rigid Lefty fork. This model gets SRAM’s new Apex 1x11 groupset with hydraulic disc brakes and 42mm tyres made by Panaracer.

Read our first ride review of the Cannondale Slate Belgian brand Ridley has given its aero Noah SL a disc brake makeover for 2017, but apart from the obvious addition of the disc rotors the transformation is very subtle. The new bike uses 12mm thru-axles and Shimano’s Flat Mount, the pictured bike is using Campagnolo’s not-yet-launched hydraulic disc brakes. 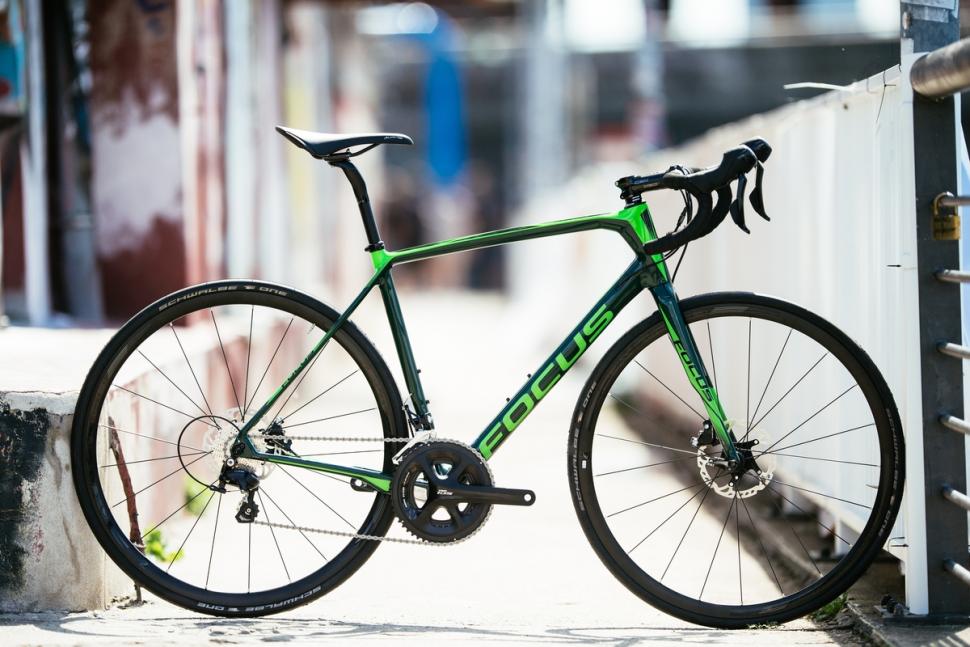 The big news for German brand Focus in 2017 is the launch of the new Paralane, a disc-equipped endurance bike that squares up against the likes of the Cannondale Synapse and Giant Defy. Focus offers the new bike in aluminium or carbon fibre and uses its own 12mm RAT thru-axles. There’s space for 35mm tyres, mudguard mounts and a skinny 25.4mm seatpost.

​Read our review of the Focus Paralane Ultegra Giant shocked the cycling world when it overhauled its Defy range with disc brakes across the board, but it proved a popular move. And now the giant company has added the brand new Contend entry-level model, available with or without disc brakes. The Contend SL shares frame shapes and the D-Fuse carbon fork from the more expensive Defy and there’s space for up to 28mm tyres. 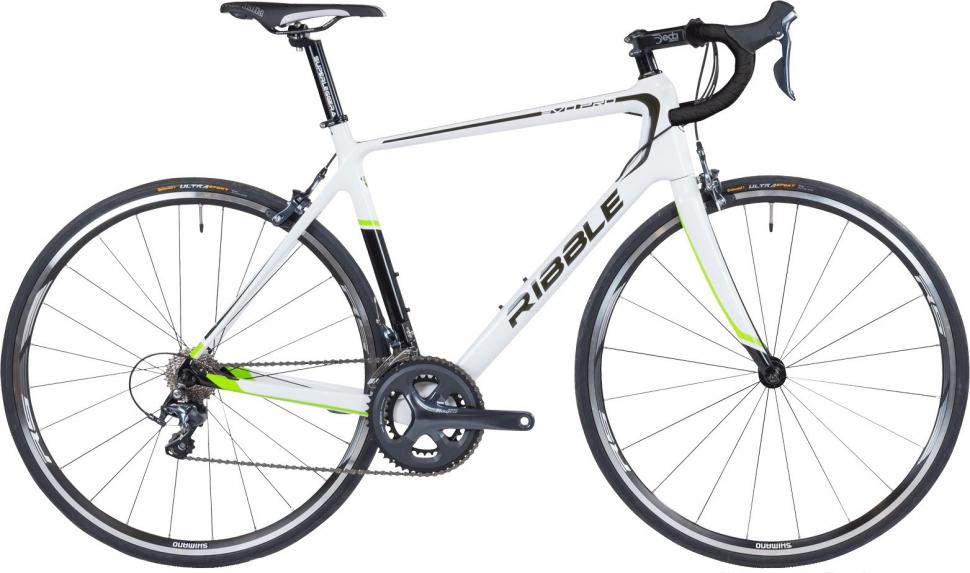 Ribble has built a strong reputation for affordable priced and customisable road bikes, and at the end of the month, it’ll be launching this brand new Evo Pro. It’s an update of an existing model and the full carbon fibre frame and fork has gone one a diet, there’s no internal cable routing and an oversize bottom bracket, and the geometry has been refined. 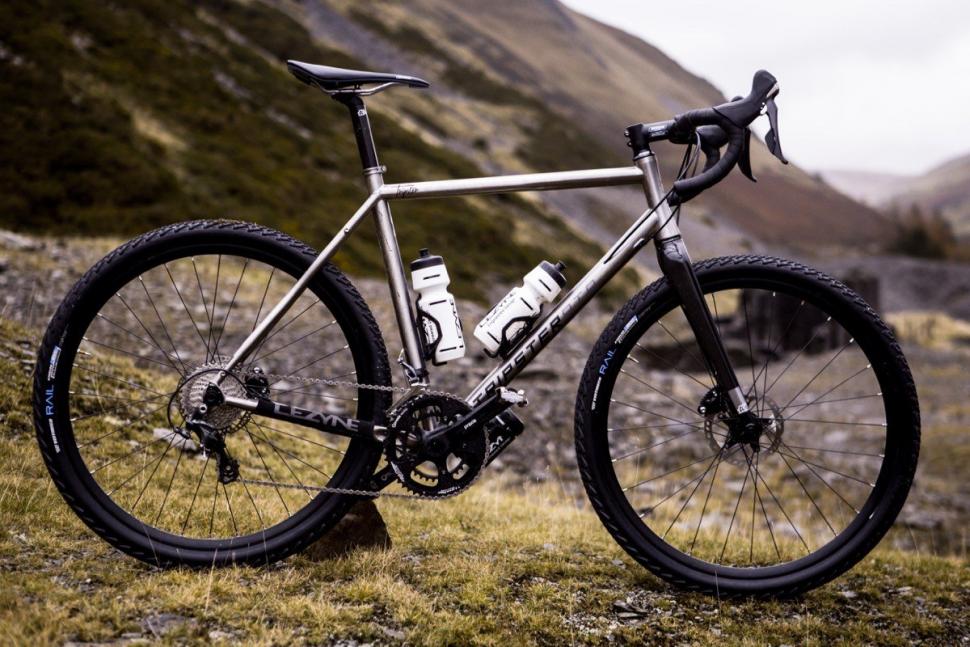 The titanium Tripster ATR from British brand Kinesis has been a popular bike with road.cc readers, offering four-season dependability and versatility. The updated ATR V2 builds on the strong foundations with a revised tubes with internal cable routing, tweaked geometry and full compatibility for 650b wheels, along with existing 700c wheels. Tyre clearance is rated up to 45mm with 700c wheels or 50mm with 650b wheels.

Read the full story of the new bike here 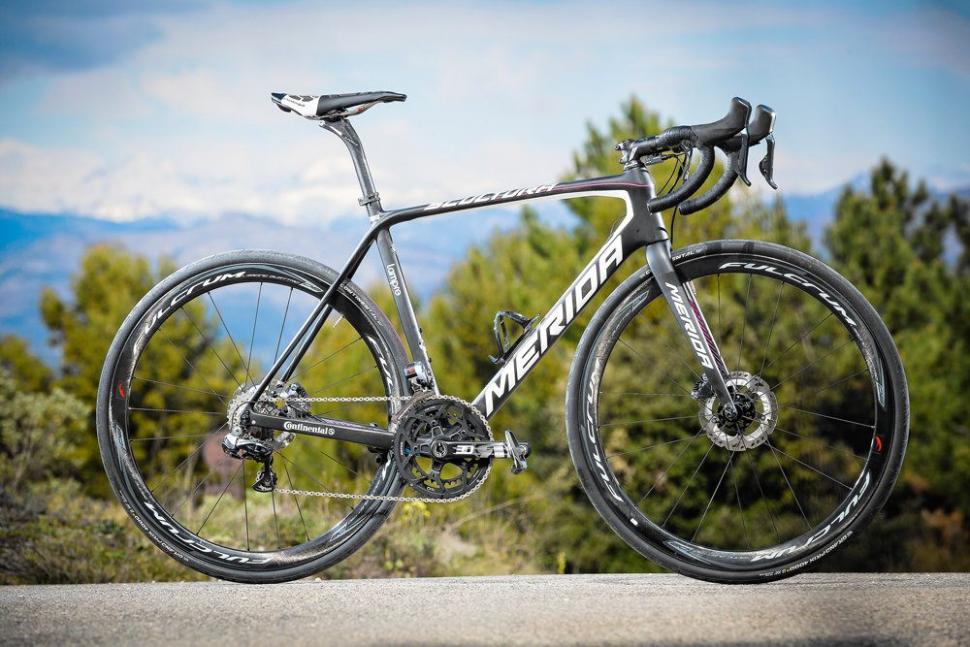 The rollout of disc brakes in the professional peloton might be a slow process, but Merida saw its brand new Scultura Disc raced at Paris-Roubaix last year with its Lampre-Merida team. Merida has worked its considerable carbon expertise to produce a 900g frame with Focus’ RAT 12mm thru-axles at both ends and flat mount for the disc calipers. Aluminium ribs feature around the rear disc mount to reduce heat build-up. Aside from those changes, the only difference to the rim brake version are the slightly longer chainstays, the rest of the geometry is identical.

Read our review of the Merida Scultura Disc 6000 Canyon has gone all-in for disc brakes this year, with new versions of the Ultimate and Aeroad getting modern stoppers. Both bikes have all the key features of the regular models they’re based on, but with 12mm thru-axles on the frame and fork and flat mount disc fixings. Tyre clearance looks much more generous than the regular rim-brake bikes as well.