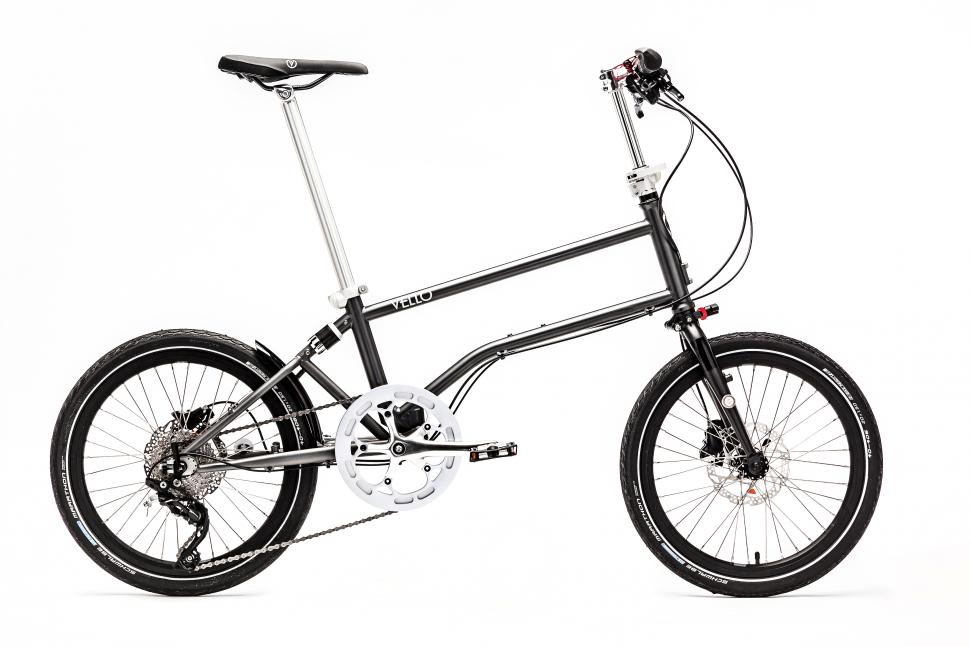 Vello's Valentin Vodev tells us why moving production to Taiwan was about much more than cost, and why he's so anti-carbon...
by Matt Lamy

Over the years, there’s been no shortage of engineers and designers who have had a stab at reimagining the folding bike, to varying degrees of success. Despite that, the market is still dominated by the same established names. However, Valentin Vodev – the man behind Austrian folding bike manufacturer Vello – thinks he has a recipe that offers something different, and better.

Certainly the design establishment seems to think so. Since penning his first sketch for what would become the Vello bike frame in 2013, Valentin and Vello have gone on to win a Red Dot Design Award, a European Product Design Award, and an Austrian State Award for Design. Ahead of our upcoming review of a Vello bike, we spoke to Valentin to find out more...

road.cc: Tell us a little bit about you and Vello’s background

Valentin Vodev: I studied product design at the Royal College of Arts. Interestingly for the cycling business, Mark Sanders [creator of the Strida folding bike] was tutoring there but not my class. I heard from a friend who studied in his class that Mark Sanders basically told them don’t do bikes, it’s too complicated. So I was perhaps lucky not to be in his classes because it meant I could do bicycles!

I started making bicycles in 2007 and we have always worked in the areas of micro-mobility and electric bikes, electric scooters – anything on wheels that moves is my passion. In 2014 we introduced our first folding bike called Vello. Our company philosophy is focused on micro-mobility and car-free cities, which seems now to be closer than ever. A folding bike is accessible for everyone and therefore it spreads our philosophy of having the ultimate freedom of mobility within the city – this is the core idea behind our product. 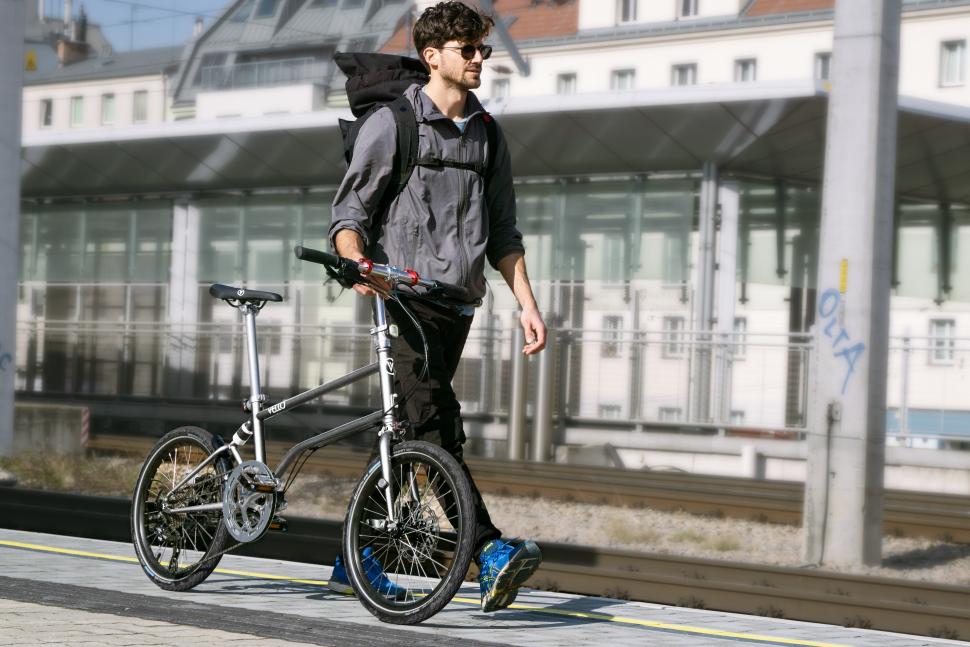 What is the secret behind an effective folding bike then?

The DNA of Vello has always been cycling first. We come from a cycling background so we know the importance of having a good bike first. Then, if you need to fold it, that needs to be quick and easy.

From the beginning, the frame geometry of our bikes has been the same and it’s been designed to provide a great ride. We have a monocoque frame so it’s not split in the middle, that makes is very stable – it’s more like an imaginary triangular frame rather than a step-through frame, which could provide a less stable ride. That was very important for us.

The folding mechanism we used on the first-generation Vello bikes was not particularly small. We have improved that continuously every year so that now the folding system is super small for a 20in wheel bike. In fact, Vello is the smallest folding 20in bike – you can fit it under a desk and it’s only marginally bigger than the smallest folding bike of any size wheels.

The folding system and a bike’s ease of folding is crucial. How does yours work?

With Vello, the fold doesn’t happen in the middle. That’s easier initially – it’s not easier in terms of construction, but it’s easier for new owners to understand the fold. Our bikes fold vertically, similar to a Riese and Mueller Birdy or a Brompton. It’s also a specific folding system for us. That means you need to learn the steps needed to fold it. We tell our customers, don’t try to fold it for the first time just as you’re about to get on the train because you’re going to end up flustered – it’s better to learn how to do it in the evening before with a glass of wine and try it a couple of times.

We say you need to practice around 20 times and after 20 times folding and unfolding it, you are a specialist. 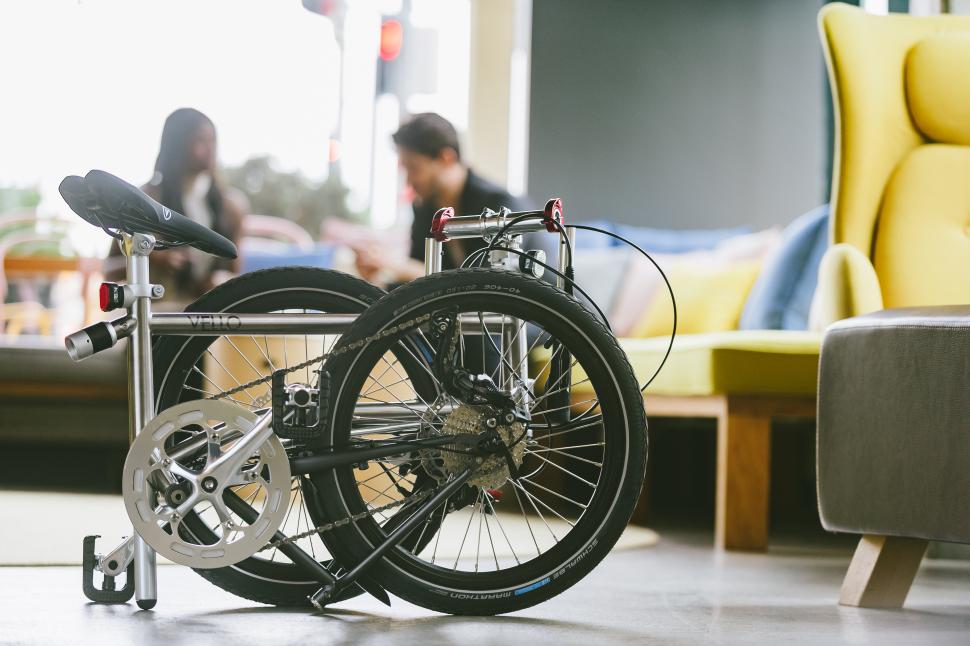 Your frames are made from steel – why?

Chromoly steel and titanium is our passion. We don’t like carbon – sorry! And definitely not carbon for city cycling. Using our titanium frame, in April we introduced the lightest electric and non-electric folding bikes that are mass produced and which use off-the-shelf components. Of course, they are very light components, but they are off-the-shelf nonetheless.

The electric version is less than 10kg, the non-electric is 6.5kg, which is like a racing bike’s weight. The titanium frame that we used for that is the same frame that every customer buys, and the steel frame is only 1kg heavier than the titanium.

Why did you use off-the-shelf components?

Our philosophy is that Vello owners can use standard components, so you can get the frame and then customise everything. The concept is that the bike should be able to be serviced anywhere with no need for specialist attention. You don’t have to buy anything especially through us – it’s not a locked system. This was very important for us. The derailleur, the wheels, the seat, the handlebar, they’re all very good components, but they are all standard components. That’s why anyone can strip down the bike to its frame and make a superlight version if they want.

Your frames are unique – where are they manufactured?

Our concept in 2014 was to manufacture actually in Vienna. It soon became obvious that wasn’t possible so then we looked at manufacturing within 500 miles of Vienna. We did that and we manufactured our first frames in a small factory in the Czech Republic in 2015. But they imported the tubes from Taiwan, so for us it was a very logical step to also improve the technology to move production to Taiwan.

We developed a lot of diecasting moulds for the frame, so there is a lot of R&D in that frame – we do all our R&D in Vienna and we assemble all our bikes in Vienna – but we had to go to Taiwan for manufacturing and to develop these diecastings. We’re pushing the boundaries of the possibilities in the production of bikes. For example, the ISO standard for tolerances is 6mm, our own standard is 0.1mm tolerance – so our manufacturing process is more like watchmaking. 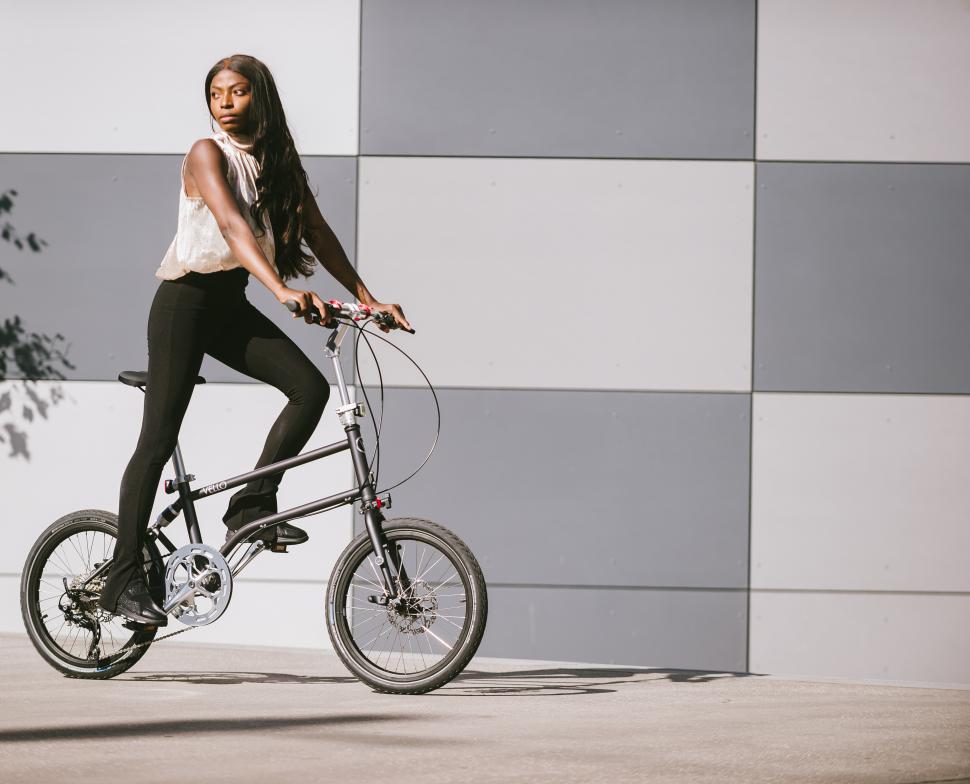 How easy was it to find a factory that could comply with that?

It’s a hard thing to do – you need to find a person who wants to push the boundaries. Our factory is a family-owned factory, it’s a small factory, and we’ve been working with them for years.

We didn’t go to Taiwan because its cheap, we went there because it's the only place possible at the moment where they can weld our frames to the quality we need. I think this has also made us flexible because in Asia it has been possible to push the boundaries of bike manufacturing without having to explain why. In Europe, if you want to do diecasting people ask if you’re in weapons manufacturing or the aviation industry. When you say bicycles, they don’t understand. European factories weren’t interested in making things for the cycling industry.

That’s probably why some of our competitors have to make their frames themselves, but that also then makes you inflexible. Some of our competitors have stuck to the same design for 30 years – it’s difficult to innovate and improve and implement new technology in the bikes if you have your own factory making them. We are very passionate about having the latest possible technology with the latest, most efficient designs.

That said, I’ve just returned from Italy and there is a revival of the old-school frame building there, even brazing. They basically found some old guys to teach a younger generation how to weld. Italy is the best place for this because these old welders are still alive. I was very surprised and it’s a very new thing – they just started last year – but may be this is the next step for us. I interviewed the people at Brompton and I remember one issue they faced was overseas companies copying their design and stealing their intellectual property. Is that a concern for you?

We have technical patents on the folding system, we have patents on the design, and we patent them in key countries in the world. If you try to produce the bike in Moldavia and sell it in Moldavia, we might not have the patent there. But if you try in the UK, Germany, France, then you have to break our patent.

But it is a big topic.

In China, we have Chinese patent office lawyers. We are a very small company, but we try to protect our intellectual property in China, and China is a big market.

I think in general, and this is something that I also say to my colleagues, if somebody tries to copy you, it’s often actually your neighbour. And if they do copy you, it’s only one part of your brand that they’re copying. They can’t copy the story behind your brand. A company is not just made out of a product and everything else is irrelevant – there’s the passion that we have for our bikes and the contact we have with our customers, the contact we have with our retailers – that is what a company is made of.

So you could make a copy of a Brompton – and there are copies of Bromptons out there – but I doubt many people would want to buy one because it’s not a Brompton. And in our case, it’s very hard to copy our bike!